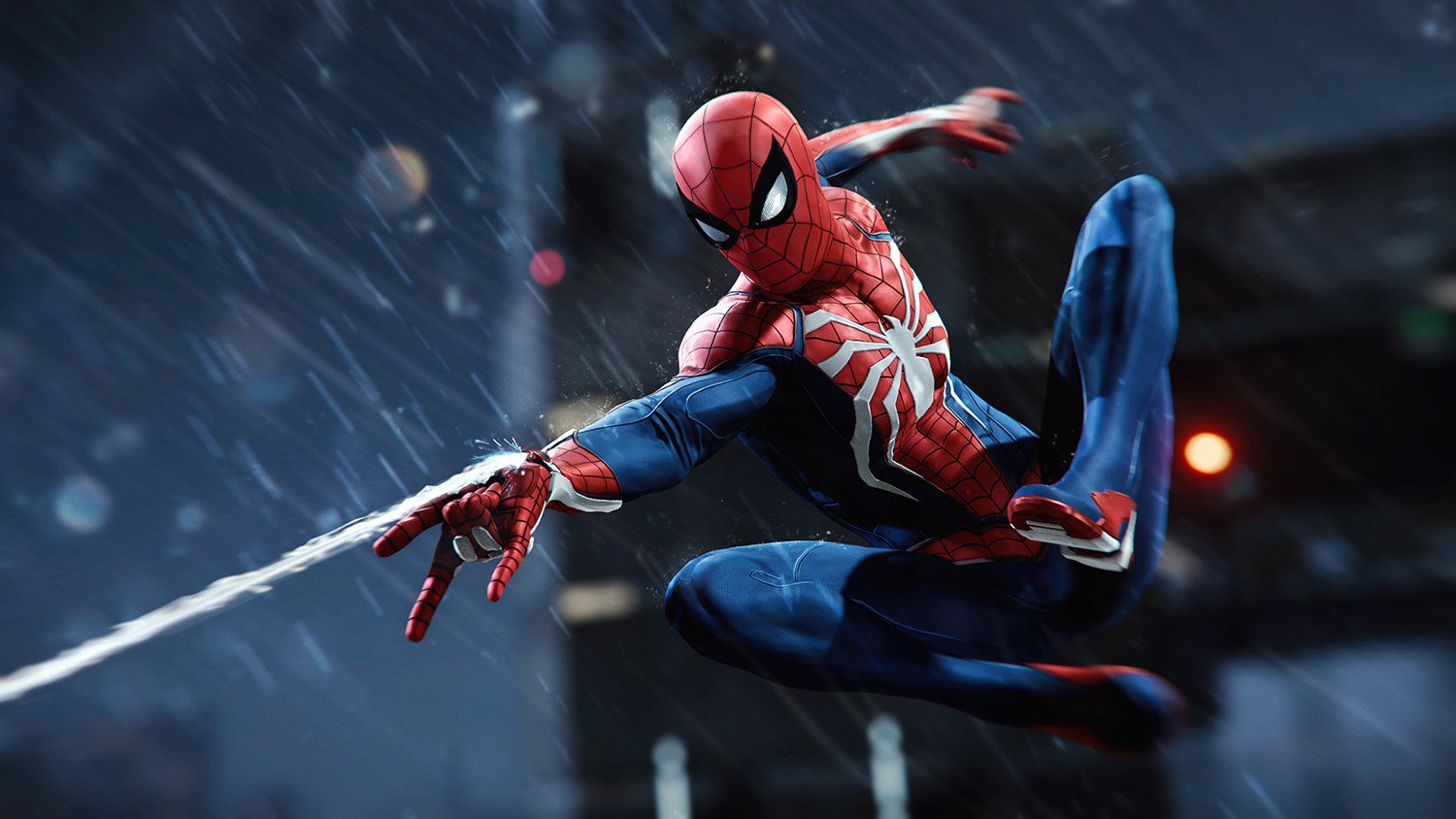 There have been many Spider-Man games over the last twenty years, and, a few notable exceptions aside, most stick to a fairly tried and trusted template of freeform web-swinging exploration, wall-crawling stealth, and biff-bam-pow punch-ups with criminal gangs.

The latest riff on the formula, from Ratchet & Clank developer Insomniac Games, sticks with what has worked in the past but delivers it with a level of polish, passion, and pacing that is rarely seen. The result is a gleaming gem of a blockbuster, but that doesn’t mean it’s entirely suitable for kids.

So what’s the story?

Insomniac’s Spider-Man isn’t based on any movie or particular comic book storyline. It begins when Peter Parker has been Spider-Man for about eight years, and is just about to take down Wilson Fisk, a millionaire businessman who is also the Kingpin, a city-wide crime boss. Defeating Kingpin is just the start, however, and a new, deadlier gang rises to fill the power vacuum left by Fisk’s incarceration, even as he continues to direct his men from inside prison.

This isn’t the “save the world” drama of The Avengers, but a relatively street level tale which hits on all the important moral beats that a good Spider-Man story needs. You’ll play as Peter Parker often, out of costume and trying to do the right thing for his Aunt May, who helps run a homeless shelter, working in Dr. Otto Octavius’ lab to keep his job while tentatively trying to rebuild his relationship with ex-girlfriend Mary Jane.

At all times, you’re being driven by Peter’s desire to do the right thing, and as events in New York spiral out of control, all these threads overlap and intertwine in satisfying ways. It’s never just about people in costumes punching each other - these are real characters, superbly voiced and animated with lifelike emotion.

But we get to swing freely around the city, right?

After some introductory tutorial sections in which Spidey battles through Kingpin’s thugs, and a boss battle against the big man himself, you’re finally free to swing through New York, and it’s a treat worth waiting for. The city has been recreated perfectly, cleverly condensing all the famous boroughs and landmarks into a game map that feels large, but never so massive that traversing it becomes a chore.

Swinging is simple and intuitive, controlled with just the R2 shoulder button (trigger). Press to swing, release to let go. Anyone can master it, and while this is far from the first time we’ve done this in Spidey games, the rush is still as powerful as ever. Swooping over the traffic, then catapulting high into the air, somersaulting off skyscraper roofs and diving back to earth before swinging away again with a well-timed thwip of webbing...even after dozens of hours of gameplay, you’ll still find yourself taking the long way round to objectives, simply because traversing the city as Spider-Man is fun.

You have complete freedom of movement, and unless you try to actually leave the island of Manhattan, you’re never turned around and told not to go somewhere. The sense of freedom is exhilarating.

So what do we have to do?

As well as the main story missions, marked as unmissable yellow icons, and optional side missions, marked in blue, there are dozens of bonus activities you can undertake in order to earn different tokens which can be cashed in for new Spider-Man costumes (there are 26 in all) and gadgets.

Locating Peter’s old school backpacks, still webbed to walls around the city, is a fun one. Finding and photographing landmarks is another. You’ll trail the playful, irreverent thief Black Cat, help catch homing pigeons for a homeless man, tackle scientific research, and more. None of these activities are overwhelming - there are usually only ever a dozen or so in each category - so the game cleverly avoids the creeping bloat of other open-world games. You’re never faced with what feels like endless busywork.

The main objective is to progress the story, and this is where younger kids may struggle. Combat in the game borrows heavily from the Arkham series starring Batman, as well as (early) Assassin’s Creed. You’re always outnumbered, sometimes with dozens of enemies, and victory means finding the rhythm between dodging incoming attacks while countering with your own punches and kicks.

The controls aren’t complex, but you do need to keep track of multiple threats and know which attacks to use to take down specific enemy types. Those with shields, for instance, must be hit from behind. Others must be launched into the air before taking damage. Larger heavy foes need to be webbed up first.

It’s a lot to take in, and Spidey can’t take much damage before being defeated, though it gets easier if you build him up that way. The only way to top up his health is to build up “Focus” through consistent hits, and if you can’t find the pulse of the combat then that’s just not going to happen. Even on the game’s easiest difficulty setting, the combat is challenging and certain boss fights even more challenging still.

Seasoned blockbuster gamers will click into its pacing soon enough - and discover a robust and thrilling combat system when they do - but plenty of adult players, and a great many kids, will bounce off the game at this point, having come up against an essential mission that they just can’t get past.

Can you still enjoy the game without fighting though?

You can, and that’s kind of amazing in its own right. This isn’t a game you need to “beat” in order to have a great time. There are hours of entertainment to be had just swinging around, cleaning up optional map icons, and kids in particular will be delighted at the many references to other Marvel characters sprinkled across the game.

Avengers tower looms large over Manhattan, with an unmissable glowing red “A” logo. Doctor Strange’s Sanctum Sanctorum is in Greenwich, right where it should be, while Black Panther’s Wakandan embassy can also be found. The famous Wall Street statue of a charging bull has been replaced with Lockjaw, the gigantic teleporting dog from Marvel’s Inhumans, a fairly obscure reference that shows Insomniac Games really gets this comic book universe.

Sadly, none of these characters appear, and you may find it hard to explain to kids who have been conditioned by the movies to expect crossovers and cameos from other heroes that just because the buildings are there, doesn’t mean that Iron Man or Black Panther are going to show up.

Spider-Man is a game bursting with content, and developed with clear love for the source material. Insomniac’s Spider-Man is built in such a way that it acknowledges that Spidey is about more than just bashing bad guys, and that the character’s true strength is in his willingness to help others before himself, to use his brains as often as his brawn, and to keep plugging away at a seemingly hopeless cause rather than give in.

All of those important moral lessons are foregrounded in a story that is as well written as any movie or comic.

It’s just a shame that the game’s punishing combat pace means that younger kids will likely struggle to see all of it - and quite a few parents may struggle to help them as well. The game isn’t that hard, especially when compared to similar sandbox action titles, but it is hard enough to frustrate, and that takes a tiny bit of the shine off an otherwise exceptional superhero adventure.

Much like Peter Parker, you just need to keep swinging and never give up.