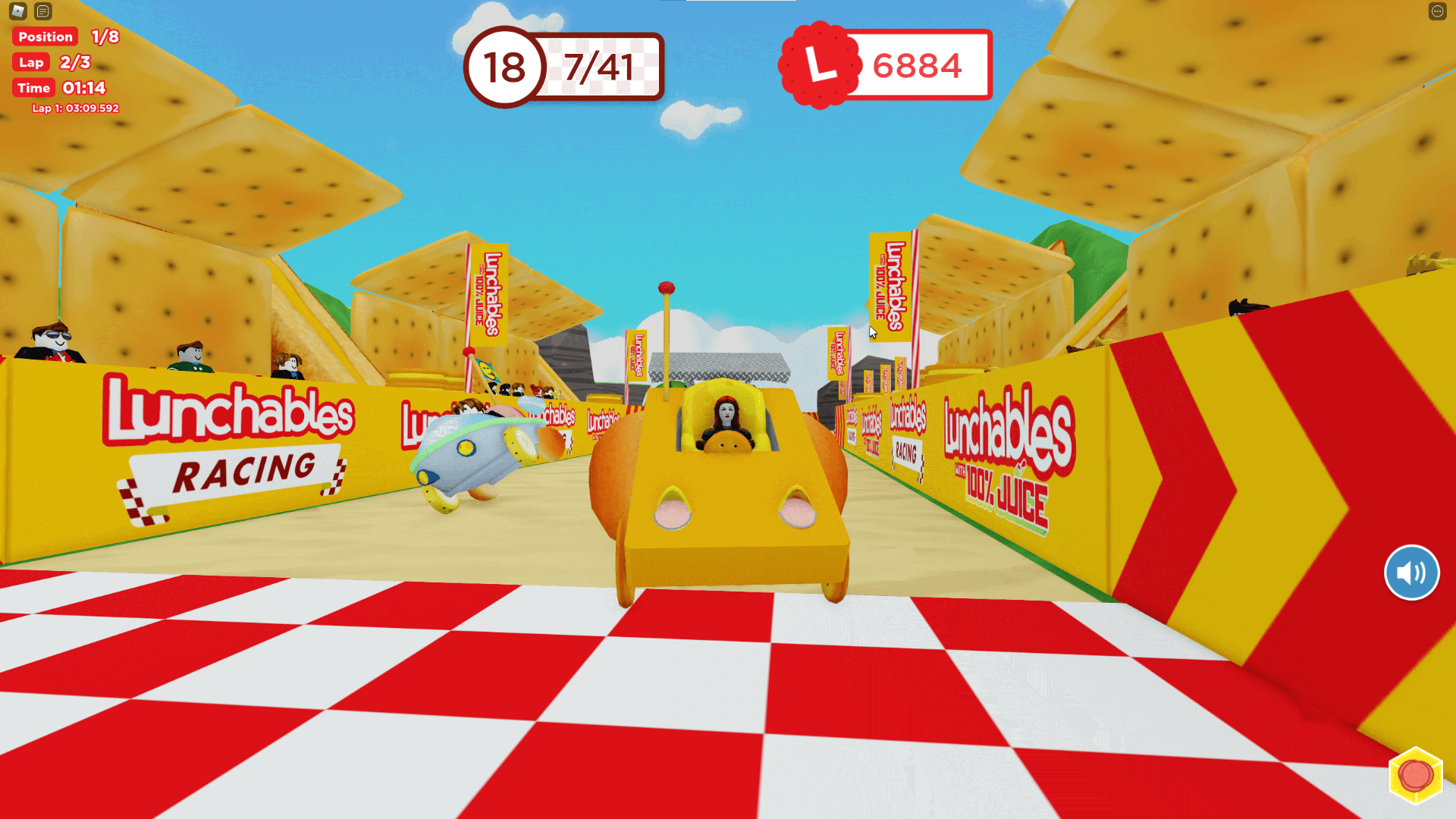 The Lunchables Racing world allows players to create their own Lunchables-themed racing kart by choosing from over 100 different items. Once they’ve created their kart, they can test their racing skills on three Lunchables-themed tracks: Moon Landing, Snack Valley, and Totally Tropical.

In addition to racing with their custom kart, players can try four Lunchables-themed mini-games (Dance Fest, Cracker Stacker, UFO Movie Set, and Diner Dash), as well as find 25 hidden coins around the world each day.

The Lunchables Racing world is now available to play for free on Roblox.