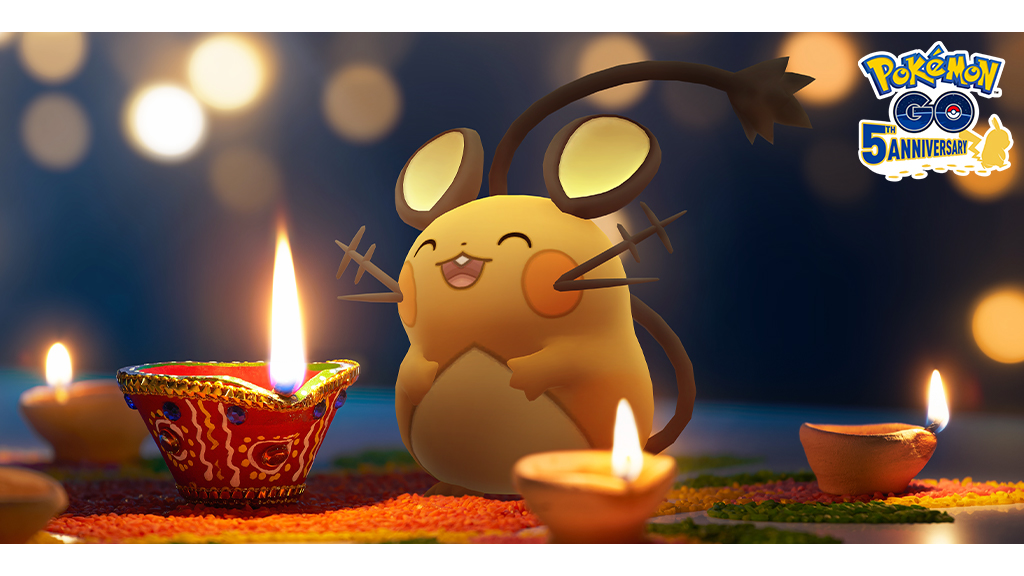 Trainers, the Festival of Lights event is getting ready to kick off in Pokemon Go! Here’s what we know about this event so far!

When this event begins, Dedenne will make its debut in Pokemon Go. In addition, another portion of the Misunderstood Mischief Special Research storyline will become available.

During this event, Pikachu, Magnemite, Slugma, Whismur, Electrike, Blitzle, Cottonee, Tynamo, Fennekin, and Dedenne will appear more frequently than normal in the wild. Darumaka and Litwick will also have the chance to appear in the wild, though the Pokemon Go website indicated these Pokemon won’t appear as frequently as the other pocket monsters featured in this event.

During the Festival of Lights event, three in-game bonuses will be active:

Players will be able to complete event-themed Field Research tasks during the Festival of Lights event to receive encounters with Vulpix, Magnemite, Electabuzz, Magmar, Electrike, Blitzle, Darumaka, Litleo, and Dedenne. The Pokemon Go website indicated Dedenne won’t appear as a reward as frequently as the other Pokemon in this list.

Next, a variety of Pokemon will appear in Raids during this event:

Elsewhere, Alolan Geodude, Chinchou, Pichu, Vulpix, Magby, Elekid, and Budew will have the chance to hatch from 7 km Eggs that are collected during this event. Players will also be able to collect Dedenne-inspired stickers during this event by opening gifts, visiting PokeStops, or purchasing them from the in-game shop.

A free Festival of Lights avatar t-shirt will also be available during this event. Plus, the in-game store will be updated with Dedenne-inspired avatar items once this event begins.

Finally, two additional bonuses will be available on November 7 from 4 p.m. to 7 p.m. local time in India only:

Are you looking forward to the Festival of Lights event in Pokemon Go? Let us know on Twitter at @superparenthq.

Editor's note (11/01/2021): This article has been updated with additional details about the Festival of Lights event.