Roblox: Chipotle Created a Virtual Restaurant to Give Away Burritos for Halloween 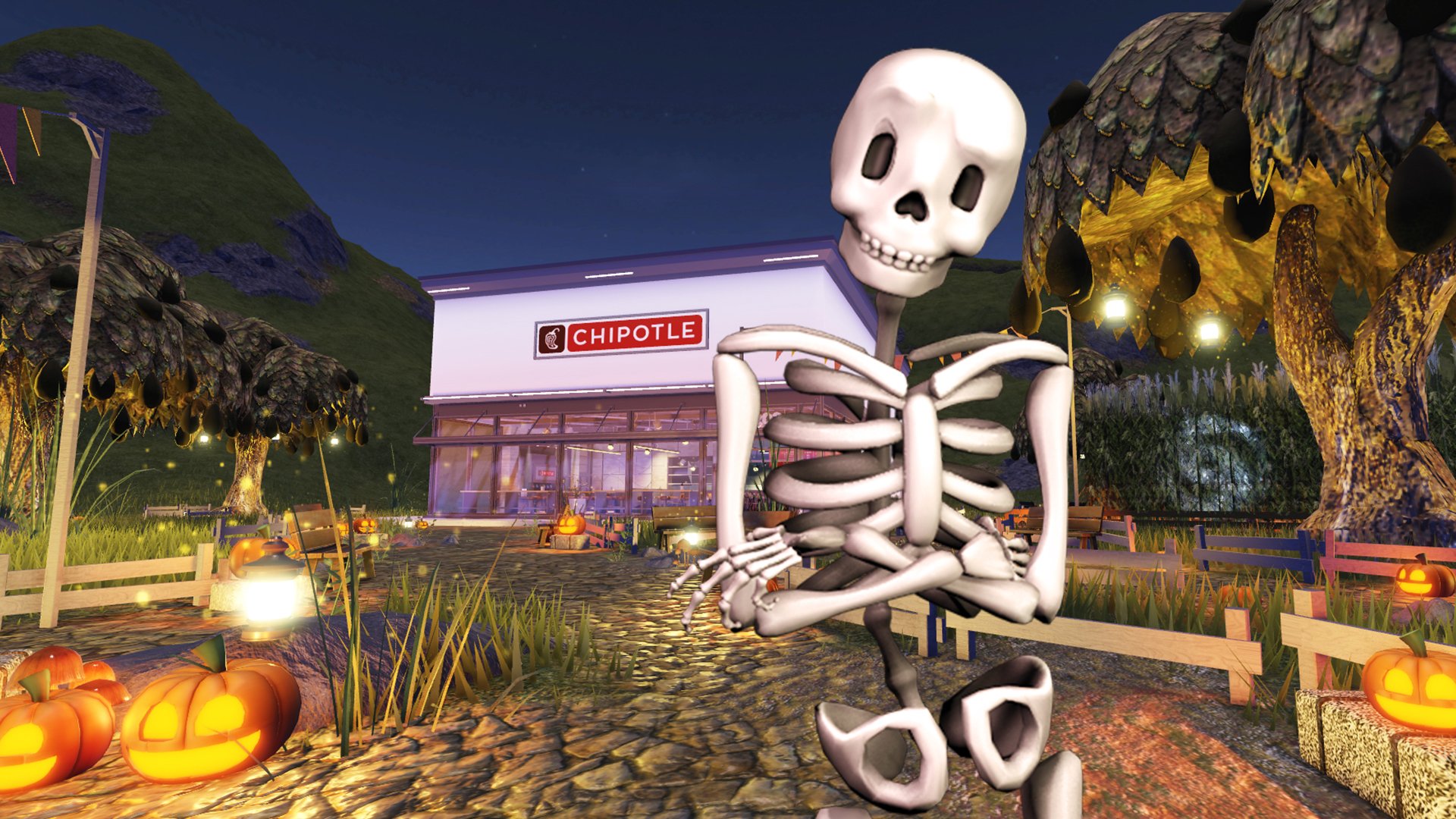 To celebrate Halloween, restaurant chain Chipotle Mexican Grill has partnered with a Roblox community developer to create a virtual Chipotle restaurant on the social experience platform. Visitors to this virtual restaurant will have the chance to receive a coupon for a free burrito from a real-world Chipotle restaurant in the U.S.

The Chipotle world will allow visitors to dress their Roblox avatar in Halloween costumes inspired by the restaurant’s menu items. They'll be able to dress up as Guacenstein, a Burrito Mummy, a Chip Bag Ghost, a Spicy Devil, and more.

From October 28 to October 31, starting at 3:30 p.m. PT each day, the first 30,000 Roblox players who visit the cashier in the virtual Chipotle restaurant while wearing a costume will receive a code that can be used in the Chipotle mobile app or on Chipotle’s website to receive a free burrito.

These free burrito codes will be limited to one per person, and they can be redeemed until November 14, 2021.

In addition to featuring a virtual Chipotle restaurant, Chipotle’s virtual world will also offer a “Chipotle Boorito Maze.” If visitors reach the center of the maze, they’ll receive “free and exclusive Chipotle-themed virtual items for their avatar.” The exclusive items that will be up for grabs in the maze will change each day from October 28 to October 31.

Finally, in a press release, Chipotle said, “Chipotle's share of the proceeds from the sales of in-game items will be donated to a cause that supports young farmers.”

Is your family excited to explore Chipotle’s virtual world on Roblox? Let us know on Twitter at @superparenthq.