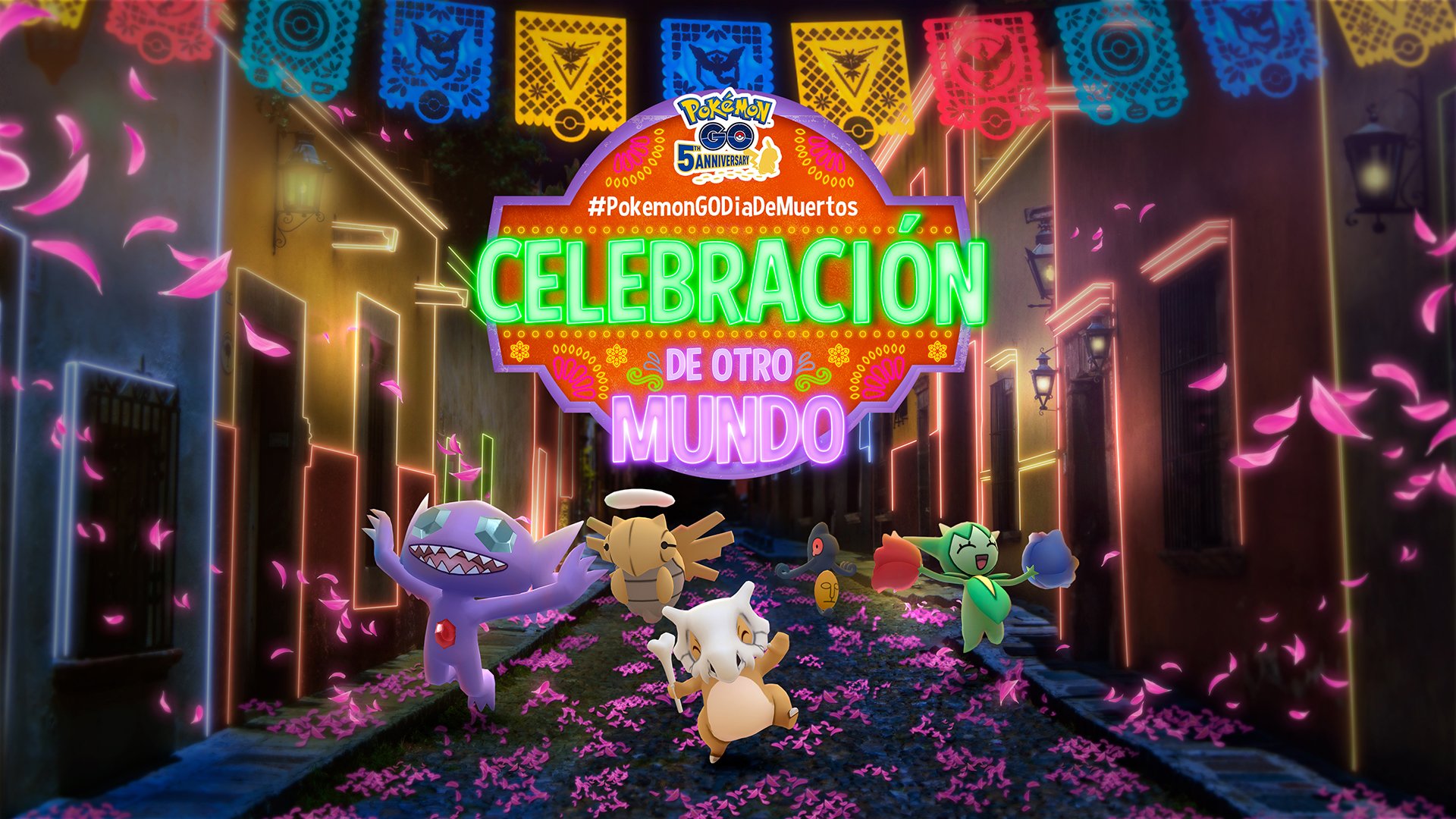 To kick off the month of November 2021, Pokemon Go will host a Día de Muertos event inspired by the holiday of the same name (the holiday is also called Día de los Muertos or “Day of the Dead”).

Players will also be able to earn encounters with Cubone, Sunkern, Roselia, and Alolan Marowak by collecting and completing special Field Research tasks during this event. The Pokemon Go website indicated that Alolan Marowak won’t be as common as the other Pokemon featured as Field Research encounter rewards.

Next, players will be able to complete a Día de Muertos Collection Challenge during this event to earn an encounter with Shedinja, as well as a Poffin and an Incense.

During the Día de Muertos event, players will be able to visit the in-game store to collect a free Día de Muertos t-shirt for their avatar, as well as a free event box containing 20 Poke Balls and an Incense.

Finally, a series of in-game bonuses will be active during this event, and some of these bonuses will only be available to players in Latin America and the Caribbean. Here’s the breakdown:

Bonuses for all players around the world:

Bonuses for players in Latin America and the Caribbean:

Are you looking forward to the Día de Muertos event in Pokemon Go? Let us know on Twitter at @superparenthq.