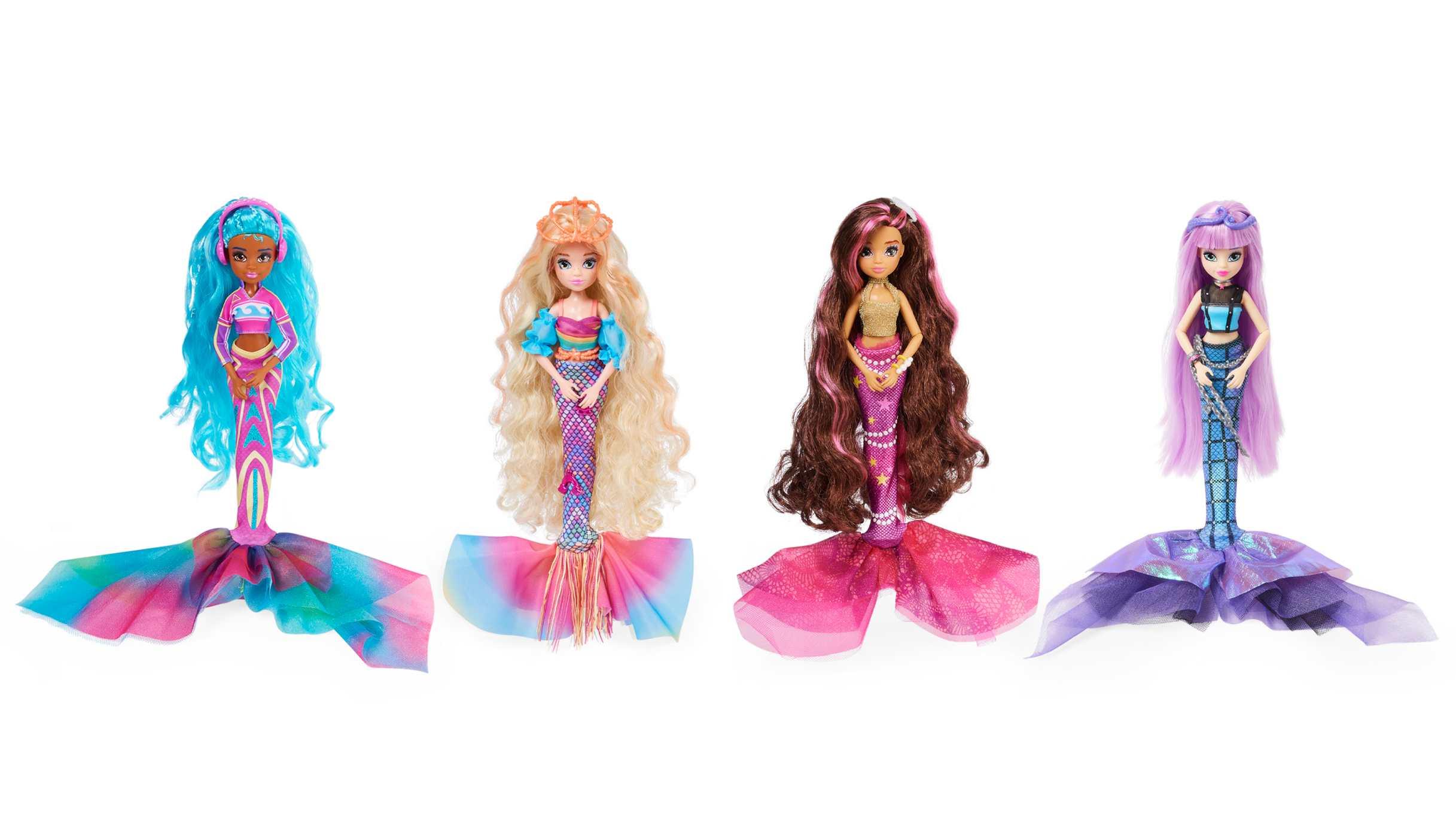 The Mermaid High girls are Searra, Finly, Oceanna, and Mari. The girls attend high school with regular humans on land, but they can also transform back into their true mermaid forms. Each girl has a different personality and fashion style.

On October 22, Spin Master will release four fashion dolls inspired by Searra, Finly, Oceanna, and Mari. Each doll will come with a removable, fabric mermaid tail, as well as a unique outfit, a comb, six accessories, and Mermaid High Student ID. Each doll also includes a “surprise accessory” that’s hidden inside a shell. Kids can drop the shell into warm water to open it.

The Mermaid High fashion dolls will be released on October 22 for a suggested price of $26.99. Each doll has an age rating of 4+.

In addition to revealing these new fashion dolls, Spin Master also announced that a Mermaid High animated series will be released on YouTube. The series will feature 10 shorts of 2-3 minutes each, which follow the Mermaid High girls on their adventures in high school as they learn about growing up, fitting in, and more.

Finally, Spin Master revealed the Mermaid High Deep Dive video series, which will feature live talent, rather than animated characters. Ten videos of 8-10 minutes each will feature fashion inspiration, character quizzes, recaps of the animated series (including a look at Easter eggs that fans may spot in the animated videos), and more.

Musician Claire Rosinkranz recorded a theme song for the Mermaid High brand called “Mermaid High,” which she will perform alongside four of her other songs during a livestream on the Mermaid High YouTube Channel on October 23 at 9 a.m. PT. The "Mermaid High" song will also be available to stream on Spotify.

Will you pick up any of these new fashion dolls for your family? Let us know on Twitter at @superparenthq.