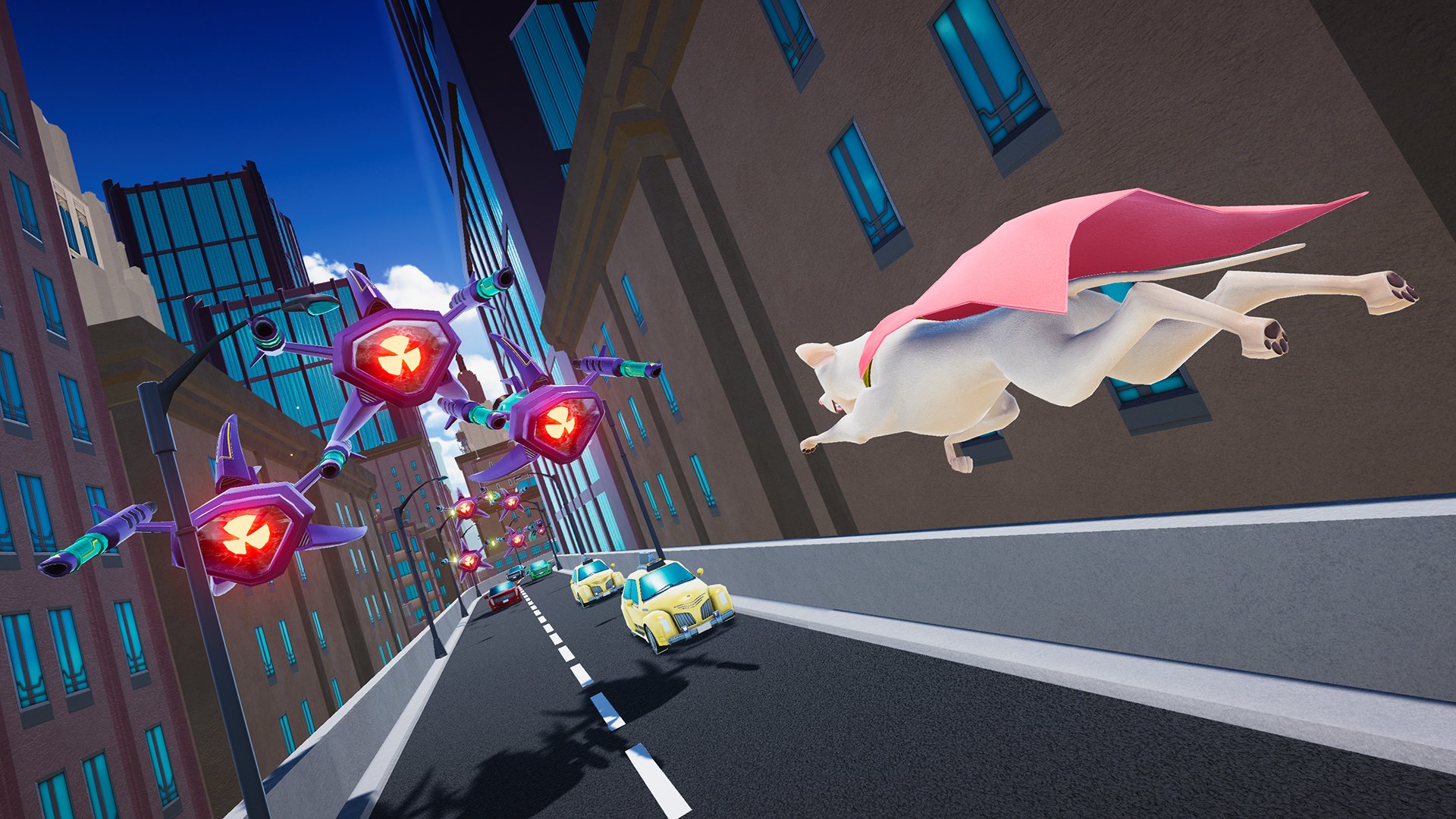 The DC League of Super-Pets video game is inspired by the movie of the same name, which is scheduled to be released on May 20, 2022 in the U.S. The game will follow two flying “Super-Pets,” Krypto the Super-Dog and Ace, on their quest to protect animals and defeat baddies around Metropolis.

DC League of Super-Pets will be an “on-rails” video game, which means that the game will move players through each environment automatically, rather than requiring players to move around on their own. This will allow kids to focus on using abilities to defeat the enemies in their paths as their character automatically flies forward.

The DC League of Super-Pets video game will be released on Switch, PlayStation 4, Xbox One, and PC sometime in 2022, but the exact release date hasn’t been revealed just yet. The game has been rated E10+ for Everyone 10+ by the ESRB.

Is your family excited to play DC League of Super-Pets? Let us know on Twitter at @superparenthq.