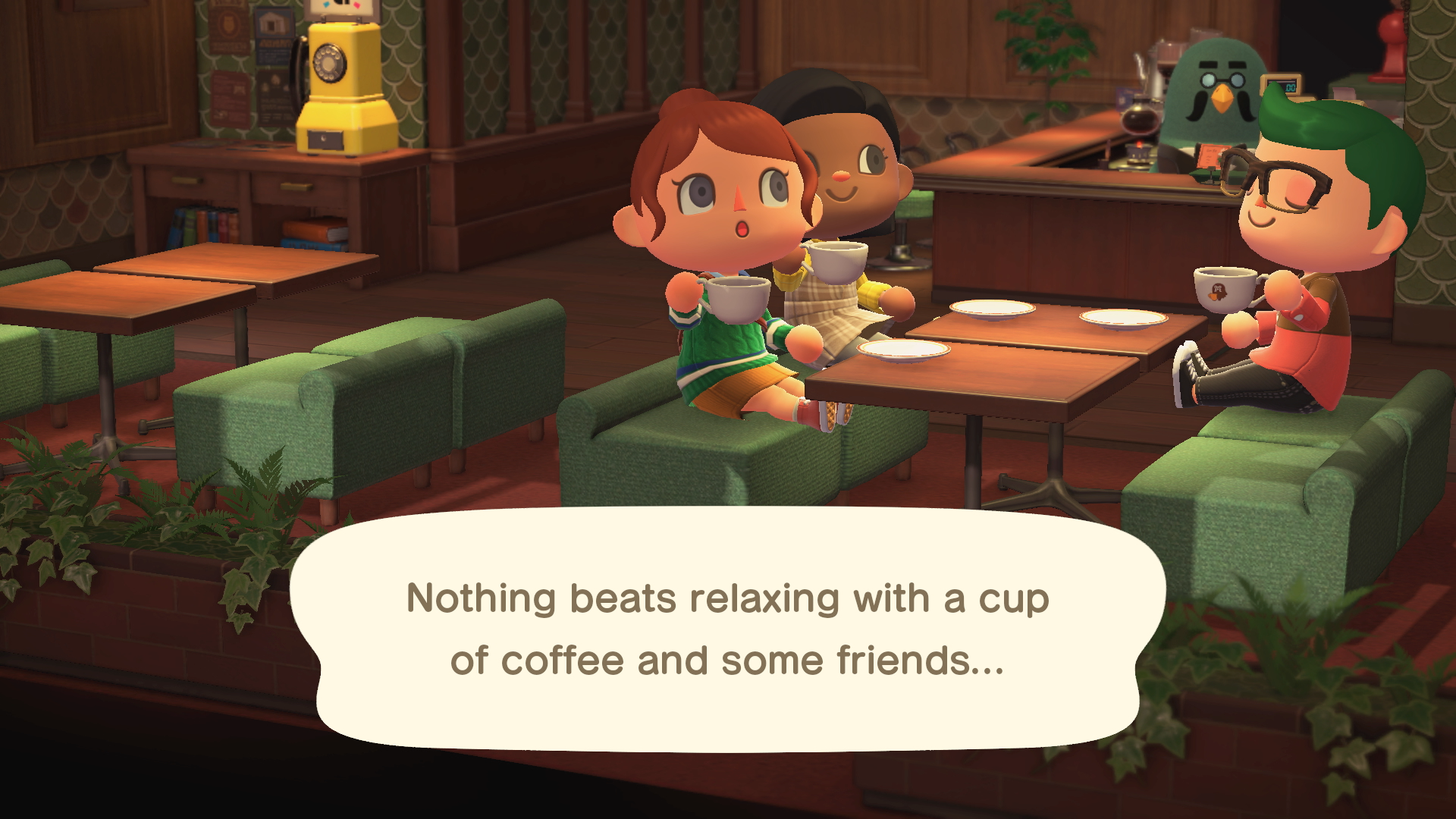 A huge (and free) content update is coming to Animal Crossing: New Horizons on November 5, 2021. The Version 2.0 update will add new characters, activities, and so much more to the life simulation game.

All of the new features were revealed in a video presentation that we’ve embedded below. If you didn’t catch the presentation when it first aired, we highly recommend watching it now to see everything that’s coming to the game. Or, keep reading to learn about some of the highlights!

Here are just a few of the exciting updates coming to Animal Crossing: New Horizons on November 5.

Brewster and The Roost - Players will be able to visit a coffee shop called The Roost, which will open inside the game’s Museum. There, they can purchase coffee from Brewster the friendly pigeon. The Roost will be open 24 hours a day.

Visit New Islands with Kapp’n - Players will be able to talk to Kapp’n, whose boat will dock next to the pier on players’ islands. Kapp’n can take players to Mysterious Islands, where they can find new plant life. These islands may also have a different season or a different time of day.

Group Stretching - Players will be able to use the tape deck in their island’s plaza to participate in a new Group Stretching activity that will encourage players to get up and stretch in the real-world alongside their animal friends in the game.

Updated Camera App - Players will be able to spend Nook Miles on the “Pro Camera App” for their NookPhone, which will allow them to take pictures from a first-person perspective. They’ll also be able to set up a tripod so they can appear in pictures taken from this perspective.

Farming and Cooking - Players will be able to grow lots of different crops and use them to create a variety of DIY recipes for food decorations. In addition to these major new features, lots of other improvements and updates are coming to the game. Players will be able to increase their home’s maximum storage capacity, add ceiling lights to rooms, build new kinds of fencing, collect new kinds of furniture, and much more.

Again, the game’s next update has a ton of new content, and we really recommend watching the video above to see it all.

In addition to these game updates, Series 5 of the Animal Crossing amiibo cards will be released on November 5. This series will feature some characters that have never been seen on amiibo cards before. Each pack will be priced at $5.99, and they’ll each include six random cards. There will be 48 new cards to collect in total.

Finally, the NookLink section of the Nintendo Switch Online mobile app will also receive an update on November 5, allowing players to redeem Nook Points for new items, read an island newspaper with updates about their island, and more.

The Animal Crossing: New Horizons 2.0 content update will be the final “major free content update” released for the game. However, players can unlock even more content for their island life by purchasing the new “Happy Home Paradise” downloadable content, which will also be released on November 5.

To learn more about the Happy Home Paradise DLC, check out our previous coverage.

Are you excited about this new update coming to Animal Crossing: New Horizons? Let us know on Twitter at @superparenthq.

Editor's Note (10/15/2021): This article has been updated with information about changes coming to the NookLink service.