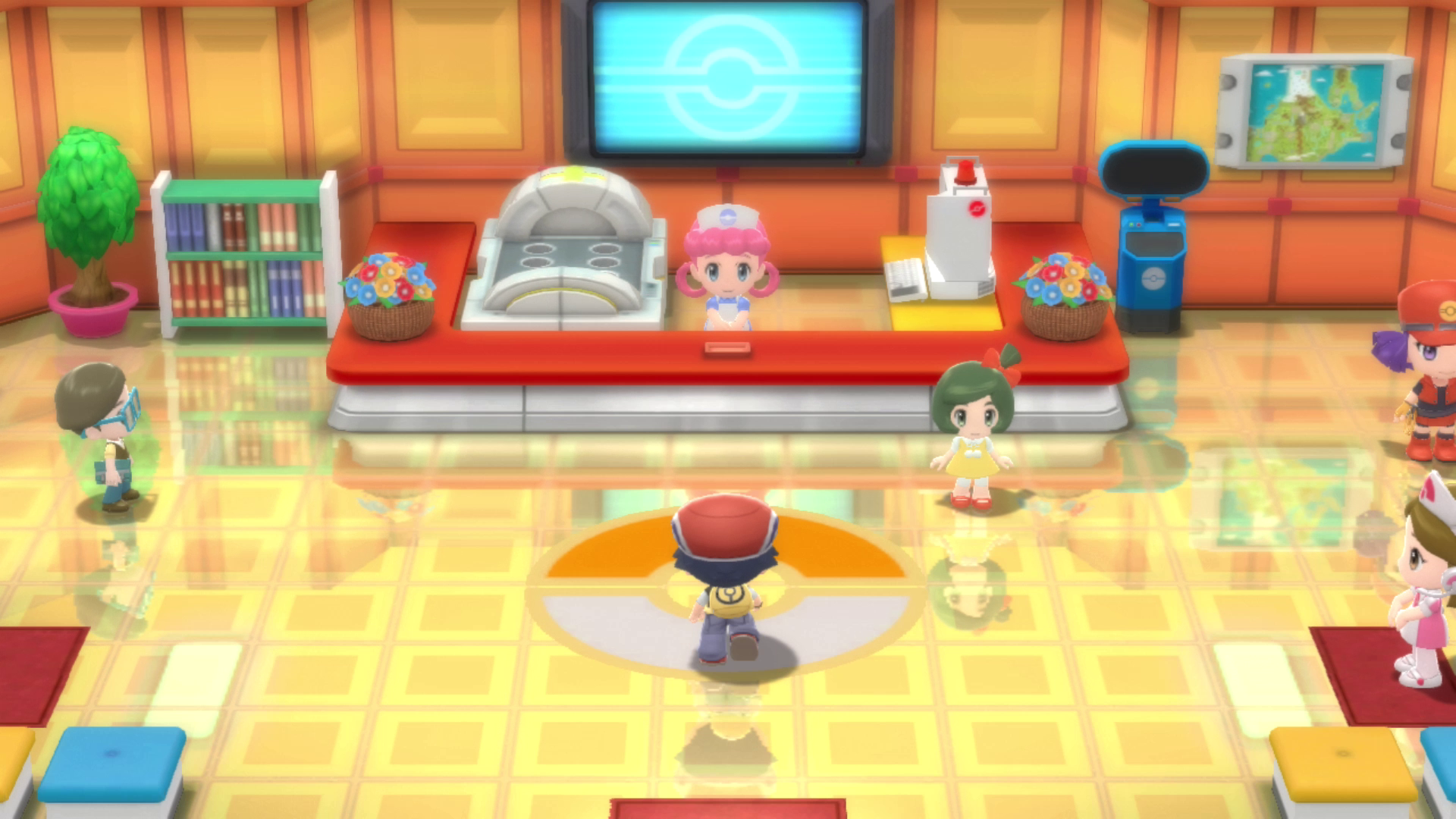 At a recent preview event, SuperParent had the chance to watch gameplay footage from Brilliant Diamond and Shining Pearl, as well as learn about some of the game’s new features.

To start, the games will feature some of the quality-of-life improvements that were seen in more recent Pokemon titles, like Pokemon Sun and Pokemon Moon (or Pokemon Sword and Shield). For instance, once players encounter a Pokemon species in battle, the game will show players whether their moves will be “super effective” or “not very effective” (as examples) each time they face that same species in battle during the rest of the game.

This huge maze of interconnected tunnels spreads across the entire Sinnoh region. It will feature large rooms called Pokemon Hideaways, where players will be able to see Pokemon walking around, similar to how Pokemon walk freely around the environments in Pokemon Sword and Pokemon Shield.

Hideaways will have different “themes” (like desert or volcano), which will impact the kinds of Pokemon players will be able to encounter and capture in these rooms. Some Pokemon will only be available to encounter in these Pokemon Hideaways.

The Grand Underground will also allow players to participate in a digging mini-game, where they can potentially find new Pokemon statues that weren’t seen in the original Pokemon Diamond and Pearl video games. These Pokemon statues will also have the chance to be Shiny.

After players create a Secret Base in the Grand Underground, they’ll be able to decorate their base with the statues they’ve collected. Based on the statues players place in their secret base, different Pokemon may appear in the Hideaways in the Grand Underground. For instance, during the preview event, we saw a room filled with multiple statues of Bug-type Pokemon. This increased the number of Bug-type Pokemon that appeared in the Pokemon hideaways.

Finally, during the preview event, we learned that Pokemon Home support will not be available for Brilliant Diamond and Shining Pearl when the games launch in November. However, this functionality will be added to the games in 2022.

Keep checking back with SuperParent, as we’ll bring you more information about Pokemon Brilliant Diamond and Pokemon Shining Pearl as we get closer to launch

Are you looking forward to playing Pokemon Brilliant Diamond and Pokemon Shining Pearl? Which game will you play first? Let us know on Twitter at @superparenthq.