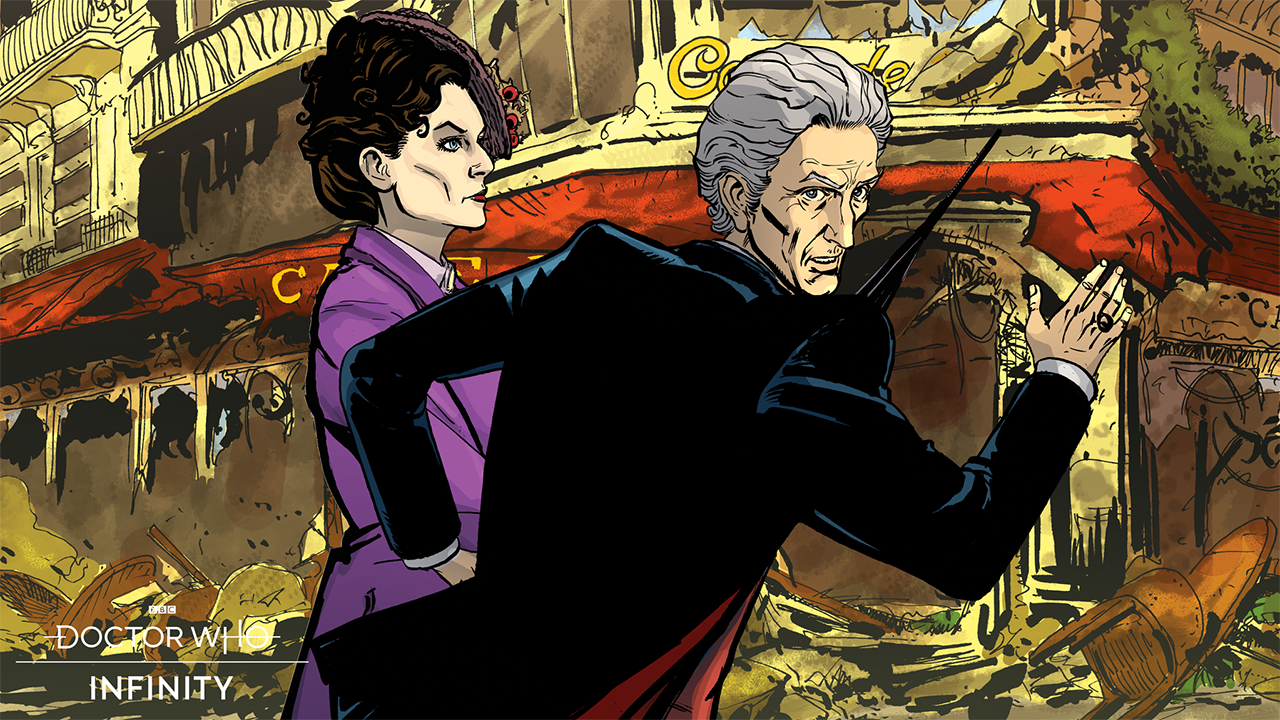 Doctor Who Infinity is a story-driven puzzle game on iOS, Android, and PC, based on the popular Doctor Who television series. The game is split into different storylines, which each starring a different Doctor from the show’s past. Three stories are available to complete right now, and additional stories will be released later on.

In each story, players will need to defeat enemies in match-three puzzle battles. During each battle, players can drag colorful orbs around the screen to make at least one match of three-or-more orbs of the same color. Unlike simpler match-three games (like Candy Crush Saga), players have free control over an orb’s movement for a limited time, allowing them to drag an orb all over the board to “push” other orbs around and potentially create large combo matches.

Players and their enemies have special powers that affect battles, and the overall game becomes more challenging over time. In between battles, the current story plays out through animated scenes that include voice acting.

Doctor Who Infinity is available to download for free on iOS and Android devices, and for $11.99 on Steam. The mobile version allows users to try the first part of each story for free, and then unlock each complete story via an in-app purchase of $4.99. The game is rated for players aged 12+ on iOS, and is rated T for Teen on Android. The puzzle gameplay is challenging, and the storylines contains themes of violence and people in danger, so this game may not be appropriate for younger players.

Check out the first 21 minutes of Doctor Who Infinity on iOS in our SuperParent First Look below to see what this game is like.