Ghostbusters: Afterlife Toys Offer Spooky Fun for Halloween and Beyond 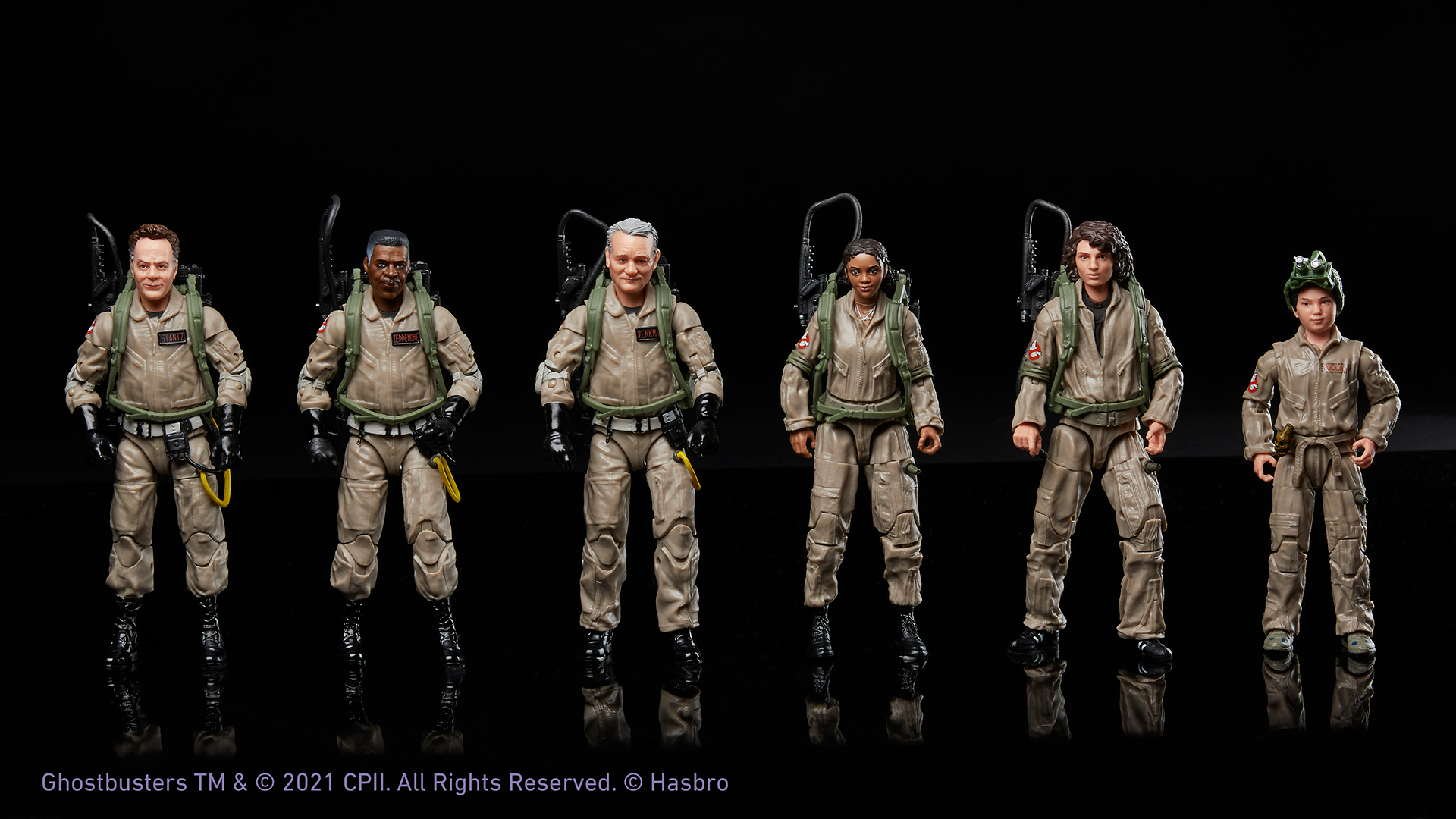 Ahead of the premiere of Ghostbusters: Afterlife in theaters in November 2021, Hasbro released lots of cool toys inspired by the film and the Ghostbusters franchise.

Here’s a preview of some of the toys and collectibles that are now available.

Ghostbusters Plasma Series Ghostbusters: Afterlife Figures - These premium figures for fans aged 4+ are inspired by characters from Ghostbusters: Afterlife, including Trevor, Podcast, Lucky, Peter Venkman, Ray Stantz, and Winston Zeddemore. Each 6-inch figure features moveable joints so you can pose them in lots of different ways. They also come with Ghostbusters-themed accessories, as well as a “Build-a-Ghost” piece. If fans collect all of the figures in this first wave of figures, they can connect all of the Build-a-Ghost pieces together to form an additional figure of the Sentinel Terror Dog.

Each Ghostbusters Plasma Series Ghostbusters: Afterlife figure is priced at around $24.99, depending on the retailer. You can grab them for $22.99 each on Hasbro’s online store.

Ghostbusters Fright Feature Figures - These 5-inch figures feature characters from the Ghostbusters franchise, and each human character comes with a small, interactive ghost figure that includes a “fright” feature. These figures also include proton pack and proton blaster accessories.

Wave 1 of the Ghostbusters Fright Feature Figures includes Peter, Ray, Egon, and Winston, while Wave 2 includes Lucky, Trevor, Phobe, and Podcast from Ghostbusters: Afterlife. You can also pick up three more figures of Slimer, Muncher, and the Stay Puft Marshmallow Man. These ghost figures don’t include any of the smaller ghost figures -- they only contain a single ghost.

The Ghostbusters Fright Feature Figures are available for $10.99 each. You can pick them up at major retailers, as well as on Hasbro’s website. Each figure has an age rating of 4+.

Ghostbusters Ecto-1 Playset - This playset for kids (and adults) aged 4+ includes a large Ecto-1 vehicle with moving wheels and opening doors. The vehicle also has a blaster seat that swings out from inside the vehicle, which can hold one of the Ghostbusters Fright Feature figures (these figures are sold separately). Finally, the playset includes a blaster, a projectile, and a ghost trap accessory.

The Ghostbusters Ecto-1 Playset is available for around $24.99, depending on the retailer. You can purchase it for $26.49 on Hasbro’s website.

Is your family going to pick up any of these new Ghostbusters toys? Let us know on Twitter at @superparenthq.