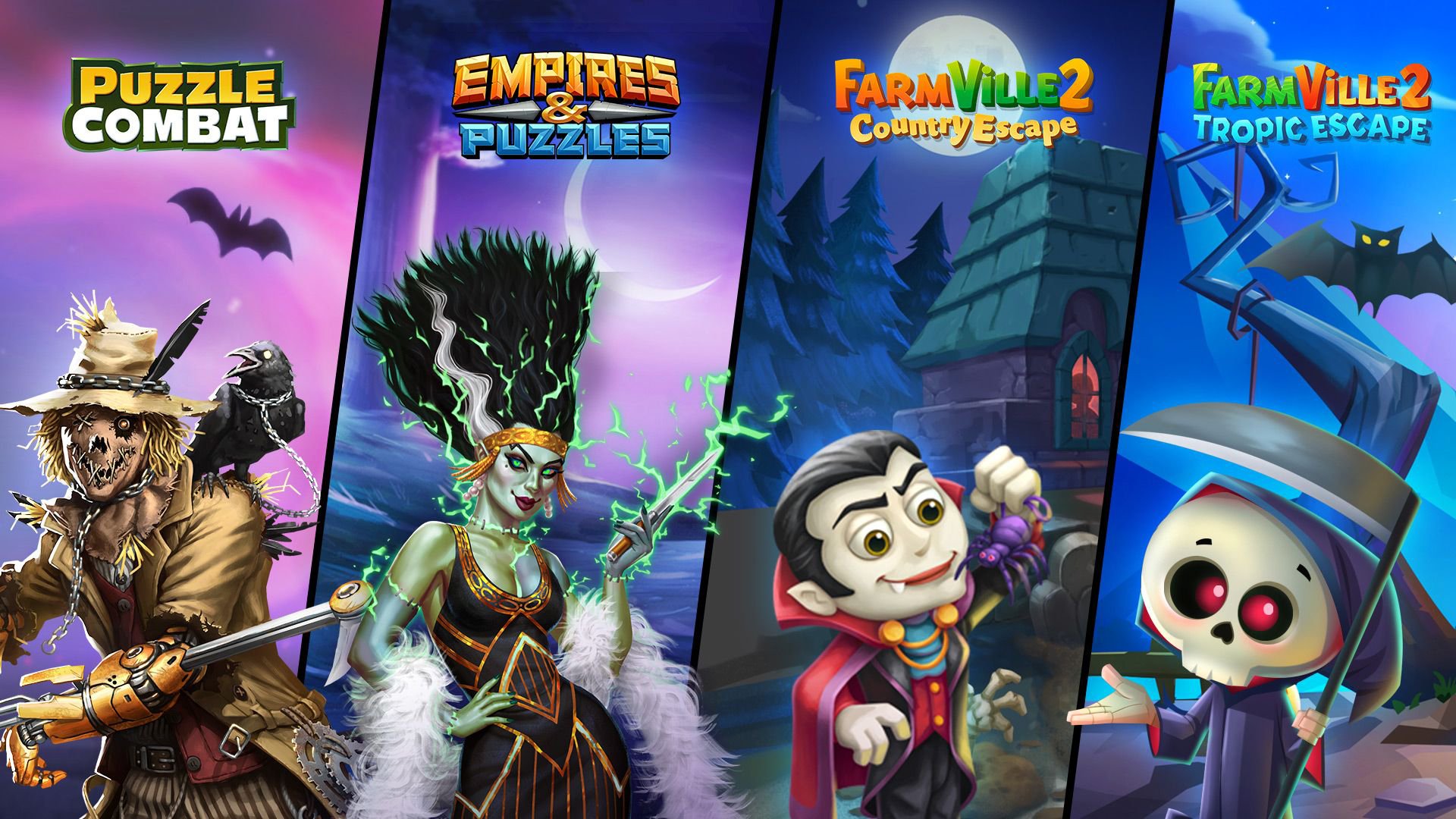 Zynga, the company behind games like Wonka’s World of Candy and FarmVille 3, is celebrating Halloween with spooky content updates in four of its free-to-play mobile games.

Puzzle Combat - Puzzle Combat’s Halloween event is called “Nights of Fright,” and it will run from October 1 to October 31, 2021. During this event, players can complete a series of 60 quest stages to earn in-game rewards including avatars. Players can also summon five new heroes during this event, such as Ichika the Vengeful Spirit, Blaire the New Wave Witch, and Strawman. Finally, this event will introduce players to a “Trick or Treat gameplay mechanic.”

Puzzle Combat is available to download for free on iOS and Android. The match-three puzzle RPG has an age rating of 12+. You can learn more about it in our SuperParent First Look.

Empires & Puzzles - Empires and Puzzles' “Return to Morlovia” event will run from October 4 to November 7, 2021. This event will allow players to “battle or summon” seven Halloween-themed characters, such as Vlad the Vampire Lord, Francine Frankenstein, and Halloween Jack. The game has also been updated with the return of the “Pumpkin Bombs” feature, which challenges players to “match pumpkins before they explode.” Finally, players can login to the game each day of this event to receive free in-game goodies.

Empires & Puzzles is a match-three puzzle and role-playing game (RPG) that’s available on iOS and Android devices. The game has an age rating of 12+.

FarmVille 2: Country Escape - From October 19 to October 31, players can help Heidi explore a haunted house set up by Johnny in order to win in-game rewards like Golden Gloves. If players can complete all six stages of this event, they’ll receive a “bewitching cat” named Hazel.

FarmVille 2: Country Escape is a mobile farming game that lets players grow crops, raise animals, and more. The game is available to download for free on iOS and Android devices. It has an age rating of 12+.

FarmVille 2: Tropic Escape - This tropical farming game will host its Halloween event from October 21 to October 31. During this event, Mortie, the son of the Grim Reaper, will take players on an adventure through his home in the Underworld. Players can complete this event to earn Halloween decorations and more in-game prizes.

FarmVille 2: Tropic Escape is available to download for free on iOS and Android. The game has an age rating of 4+.

Are you looking forward to these Halloween events? Let us know on Twitter at @superparenthq.