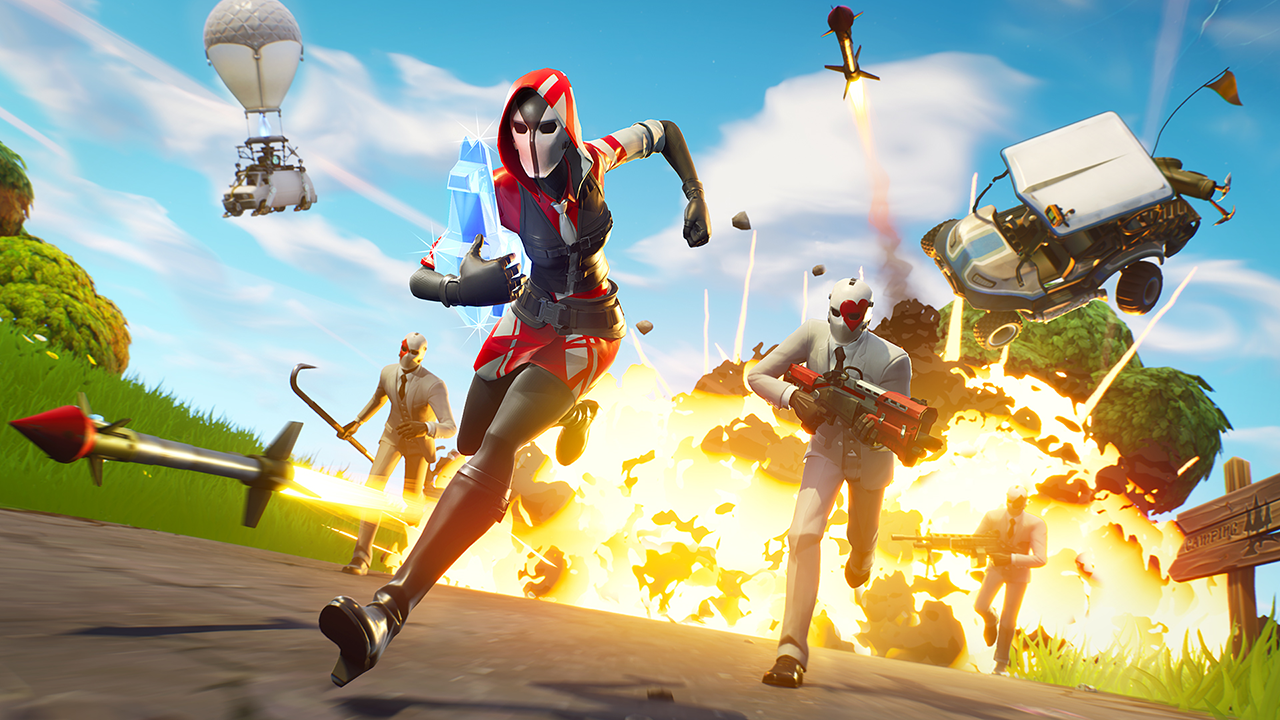 Fortnite: Battle Royale has a pretty simple premise: up to 100 players compete to be the last one standing in each match. Multiple limited time game modes have been introduced over the past year that tweak this formula in different ways, but the game’s latest event, High Stakes, is one of the most unique we’ve seen so far.

The High Stakes event includes a new limited time mode called The Getaway, which challenges teams of four players to collect jewels by opening locked safes scattered around the map, and then escape with these jewels to one of four getaway vans. This will be easier said than done, as the safes will take a long time to open, and players will need to fend off opponents who want the jewels for themselves. Vans will also be floating in the air, so players will need to build a structure to reach them before they can escape.

Four jewels will be up for grabs in each game; the first four teams to make it to a getaway van with one of these jewels will win.

As part of this High Stakes event, players can complete four special challenges to receive free in-game rewards, including cosmetic goodies, for their account. Here’s what players need to do:

In addition, Fortnite’s developer, Epic, said a new Wildcard outfit will be featured in the in-game store “periodically.” The outfit comes with four different masks for players to choose from, with each being based on one of the suits in a deck of cards. Parents, keep in mind that purchasing in-game outfits is entirely optional, no matter how much your kids might beg you to buy them. Outfits won’t help your kids win; they just make their in-game characters look different.

The High Stakes update also adds the Grappler tool to Fortnite: Battle Royale. Players can fire the Grappler at a nearby object to pull themselves toward it. Finally, Fortnite’s premium Save the World mode, which costs $39.99 (but will eventually be released for free), has also been updated with a new Horde Weekly Challenge that asks players to defend their fort from enemies called Husks. Players will receive 1,500 Gold the first time they finish this challenge. Gold can be spent on items in the in-game Event Store.

Remember, the High Stakes event and The Getaway mode will only be available for a limited time. Parents, don’t be surprised if your kids want to play Fortnite more often than normal while this event is going on.