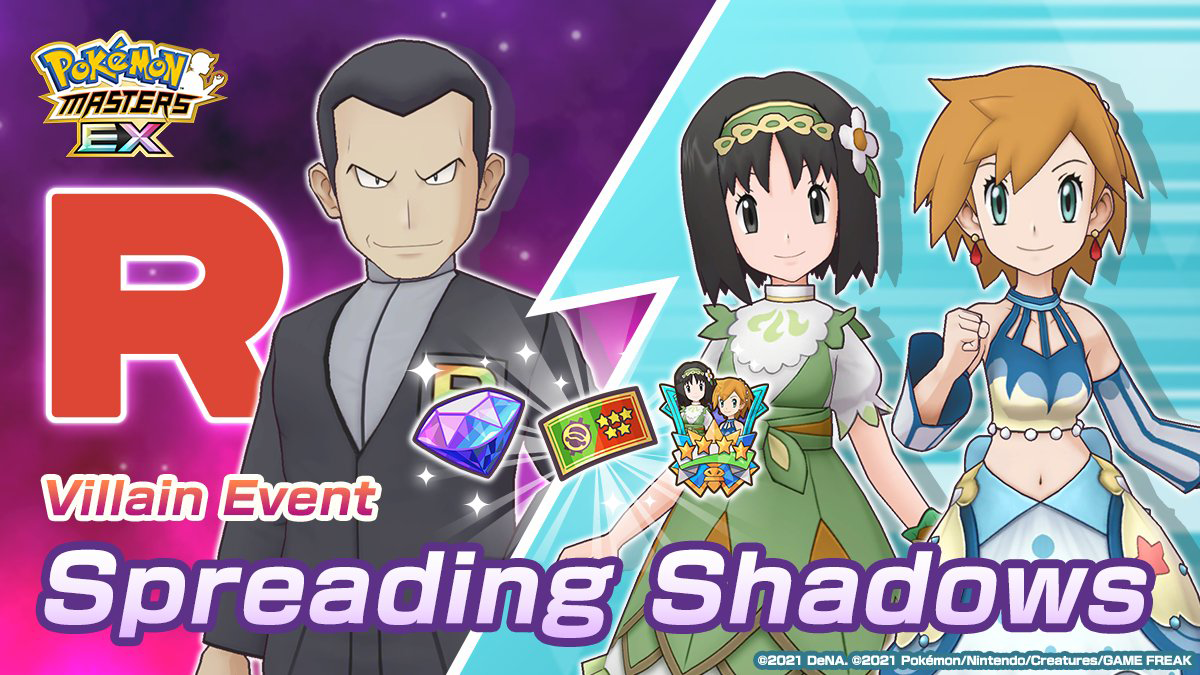 Earlier this year, the final chapter was released in the “League” storyline in Pokemon Masters EX on mobile devices. This storyline followed the player’s main character on their quest to become the champion of the Pokemon Masters League, and it’s still available for players to complete.

Now, a new storyline called the Villain Arc has been added to Pokemon Masters EX. The first chapter of the Villain Arc can be completed right now, and more chapters will be released going forward.

The first chapter of the Villain Arc focuses on Team Rocket and the disappearance of Red. Other Villain Arc chapters will feature different nefarious organizations and characters from the Pokemon universe.

The latest update for Pokemon Masters EX also added the Spreading Shadows villain event to the game. This event will be available to complete until October 15 at 10:59 p.m. PT. If players complete this event, they’ll earn items that will allow them to upgrade the sync pair of Giovanni & Mewtwo to enable Mewtwo to mega-evolve into Mega Mewtwo Y.

If players have yet to collect the sync pair of Giovanni & Mewtwo, they can do so by completing the “Lurking Shadows” legendary event, which will also be available to complete until October 15 at 10:59 p.m. PT.

Elsewhere, players will have the chance to collect the sync pair of Sygna Suit Misty & Vaporeon from the game’s spotlight scout from now until October 15 at 10:59 p.m. PT.

On September 30 at 11 p.m. PT, the sync pair of Sygna Suit Erika & Leafeon will be added to the game. Players will have the chance to collect this sync pair from the game’s spotlight scout until October 15 at 10:59 p.m. PT.

Finally, as part of the game’s Spreading Shadows villain event, players can earn up to 60 skip tickets and 1,000 Gems (the game’s premium currency) by logging into the game each day from now until October 16 at 10:59 p.m. PT.

Are you excited about this new Villain Arc in Pokemon Masters EX? Let us know on Twitter at @superparenthq.