Emma and Kate's World Toys Are Coming to Target This Fall 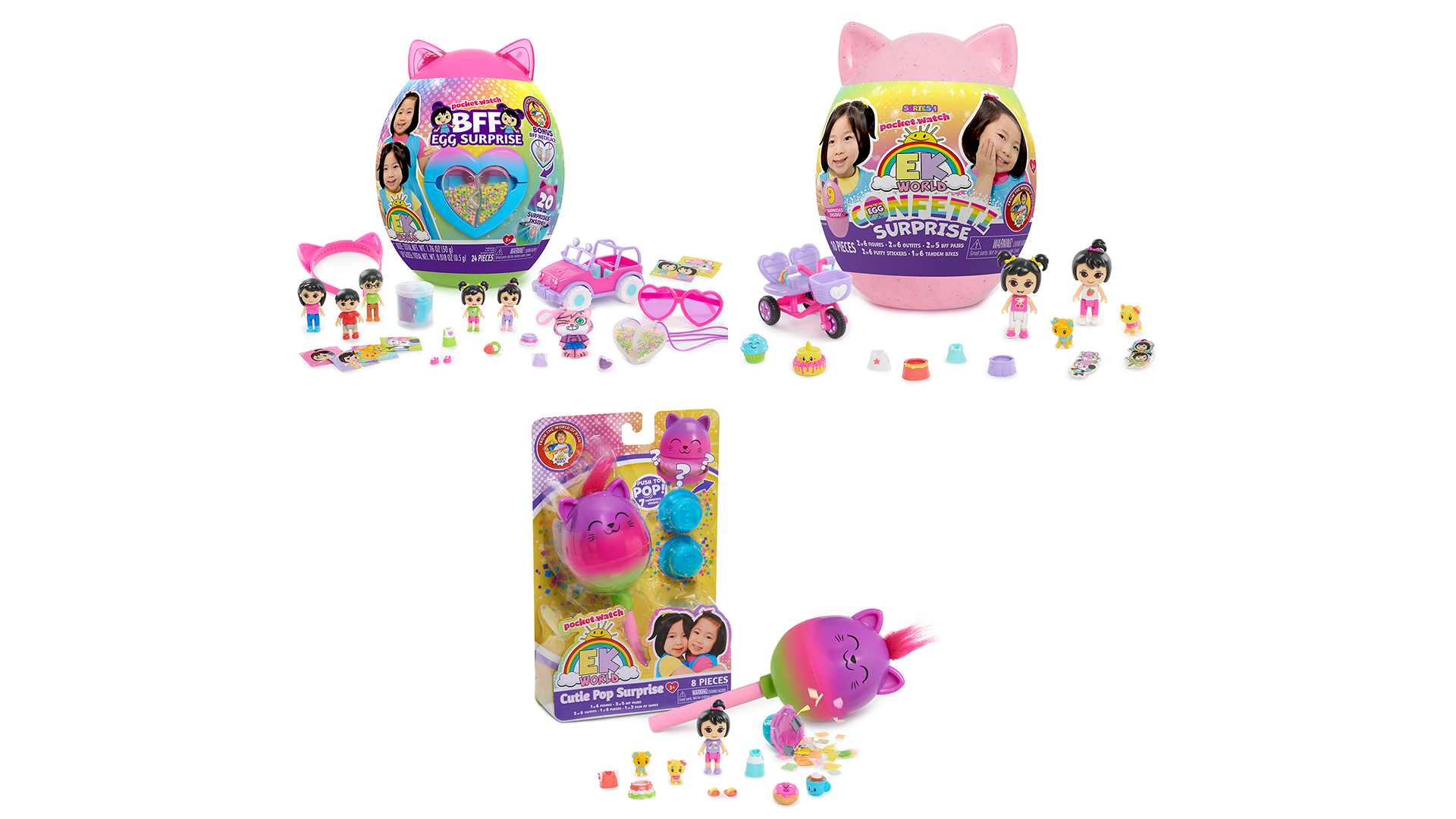 Here’s a preview of the Emma and Kate’s World toys that are coming soon:

Emma and Kate’s World BFF Egg Surprise - This cat-shaped egg features 20 different surprises, including figures of Emma and Kate, outfit and accessory pieces for the figures, and a small jeep vehicle for the figures to “drive.” Plus, there are accessories that kids can wear and use themselves, like a light-up headband that has cat ears and a ring that contains lip gloss. Finally, the egg includes two half-heart necklaces that can connect to form a full heart. Kids can keep one necklace for themselves and give the other to a special person in their lives.

All three of these Emma and Kate’s World toys will be released exclusively at Target in October 2021.

Will you pick up any of these Emma and Kate’s World Toys for your family? Let us know on Twitter at @superparenthq.