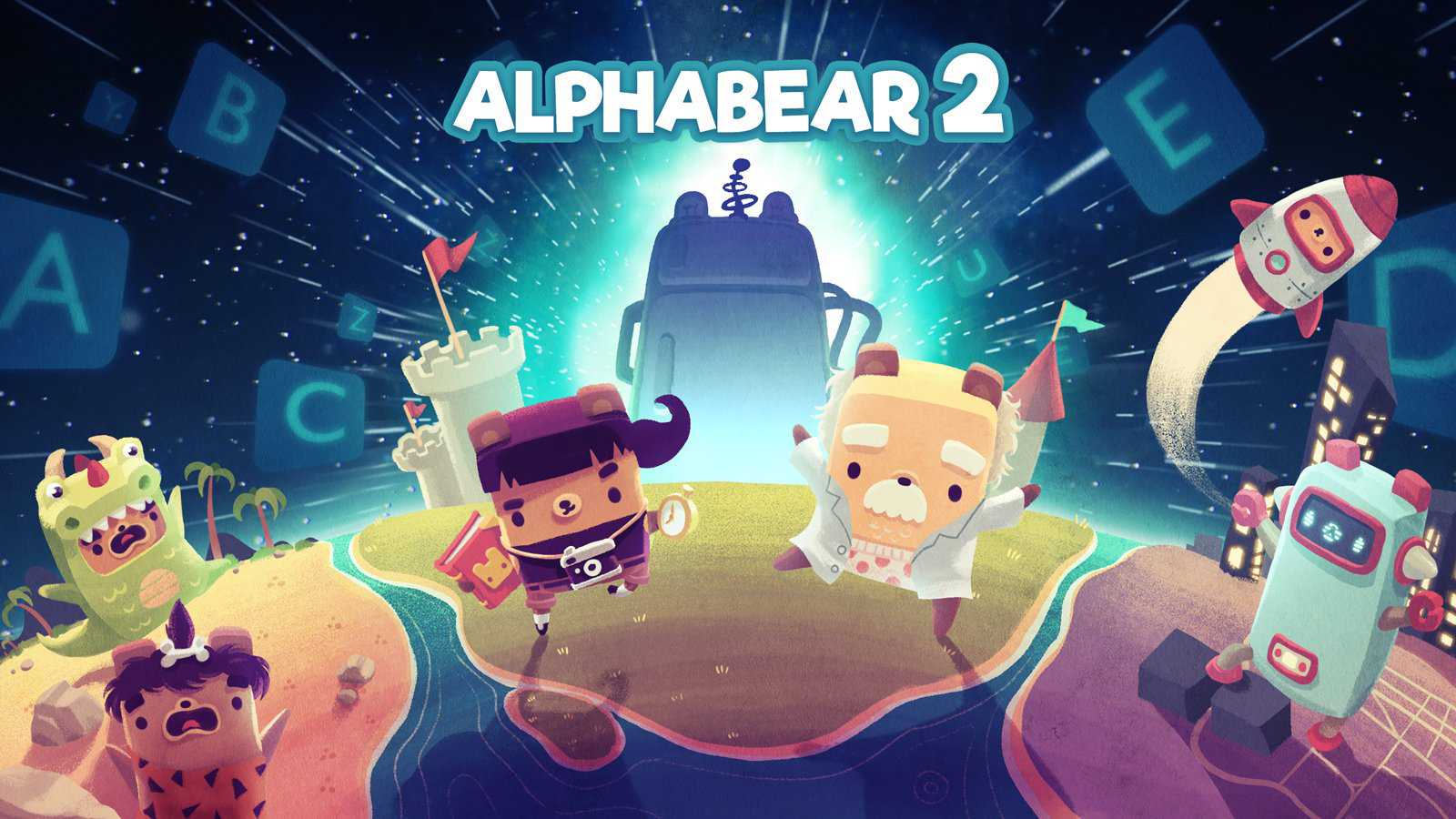 Alphabear 2 is the sequel to the original Alphabear from 2015. The word game challenges players to create words out of letter tiles in order to rewrite history after an accident occurs with an in-game time machine.

In each level, players are presented with letter tiles that they can use to create words that are at least two letters long. As users create words, the game’s bear characters will expand into the empty spaces left behind by the used tiles, and new letter tiles will be revealed until the entire board is in play. Players are challenged to create as large a bear as possible in each stage while also earning the required number of points. To add more challenge, letter tiles will turn into rocks if they’re not used within a certain number of turns, preventing the bears from expanding into those spaces.

In general, players earn more points for longer words, though some levels have special tweaks that affect the scoring system. In addition, players will add new bear characters to their team as they progress, and these bears can affect their score as well.

Alphabear 2 is available to download for free on iOS and Android devices. The game has an age rating of 9+ on iOS, and is rated E for Everyone on Android. The game’s story plays out through text bubbles, so younger players may need help keeping up with the plot. However, the basic gameplay is family-friendly, and kids can use Alphabear 2 to practice their vocabulary. An in-game dictionary can also teach players what words mean. Finally, players can unlock harder difficulty settings by passing certain level milestones.

Check out the first 17 minutes of Alphabear 2 in our SuperParent First Look below to see if this is a game your family would enjoy.