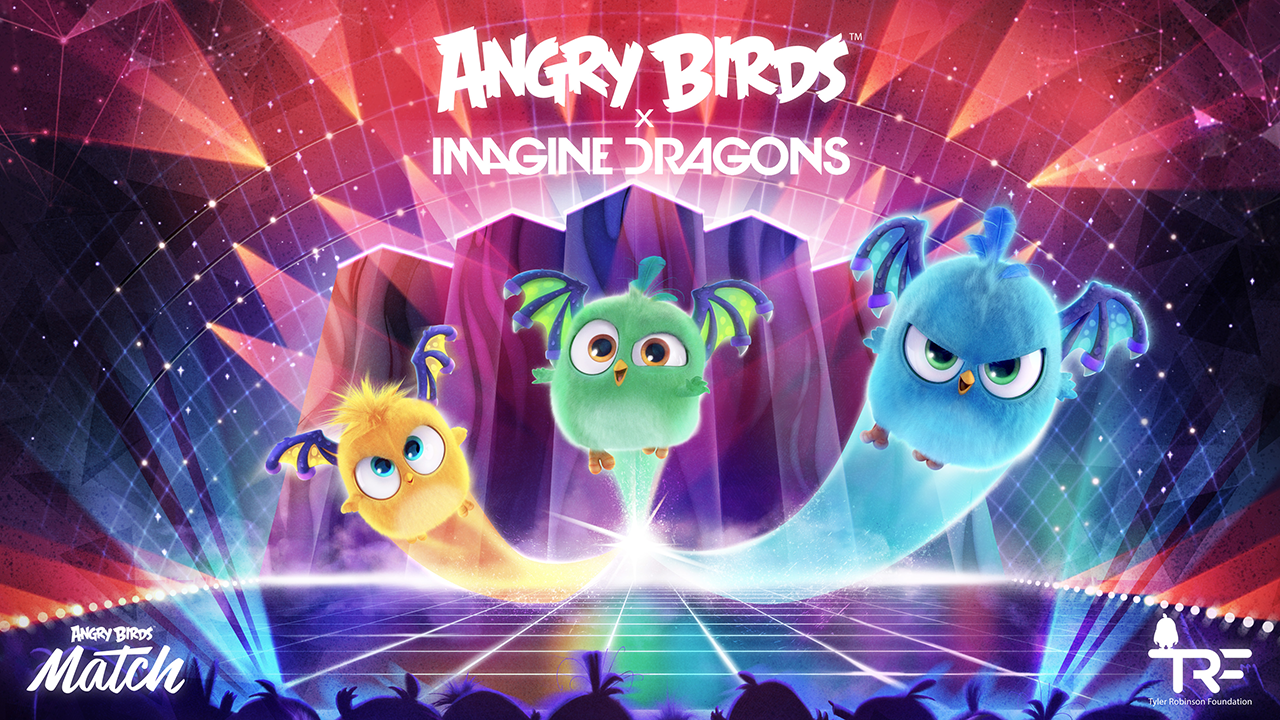 Angry Birds Match is a free-to-play puzzle game on iOS and Android devices, starring the adorable baby Hatchlings from the Angry Birds universe. It asks players to make matches with colorful objects, like beach balls and stars, in order to complete levels.

As Variety reported, the game’s developer, Rovio, partnered with the mega-popular music group Imagine Dragons to launch a limited-time event in Angry Birds Match, which will benefit the Tyler Robinson Foundation, a non-profit organization that works to help families dealing with the impact of pediatric cancer.

The organization was named after Tyler Robinson, a fan of Imagine Dragons who lost his battle with a rare form of cancer called rhabdomyosarcoma. The foundation was started by Imagine Dragons and Robinson’s family in 2013.

The in-game event is called Angry Birds x Imagine Dragons, and it will let players complete special in-game challenges and collect VIP passes to help the Hatchlings get ready for a concert. The event features a new in-game location, the Las Vegas Concert Arena, as well as three new characters, nine new outfits for the Hatchlings, and more. Finally, the Imagine Dragons song “Natural” is part of the event’s soundtrack.

This event will run until September 25. While playing, users will be able to tap on links to the Tyler Robinson Foundation website, where they can learn more about the organization and donate to the cause.