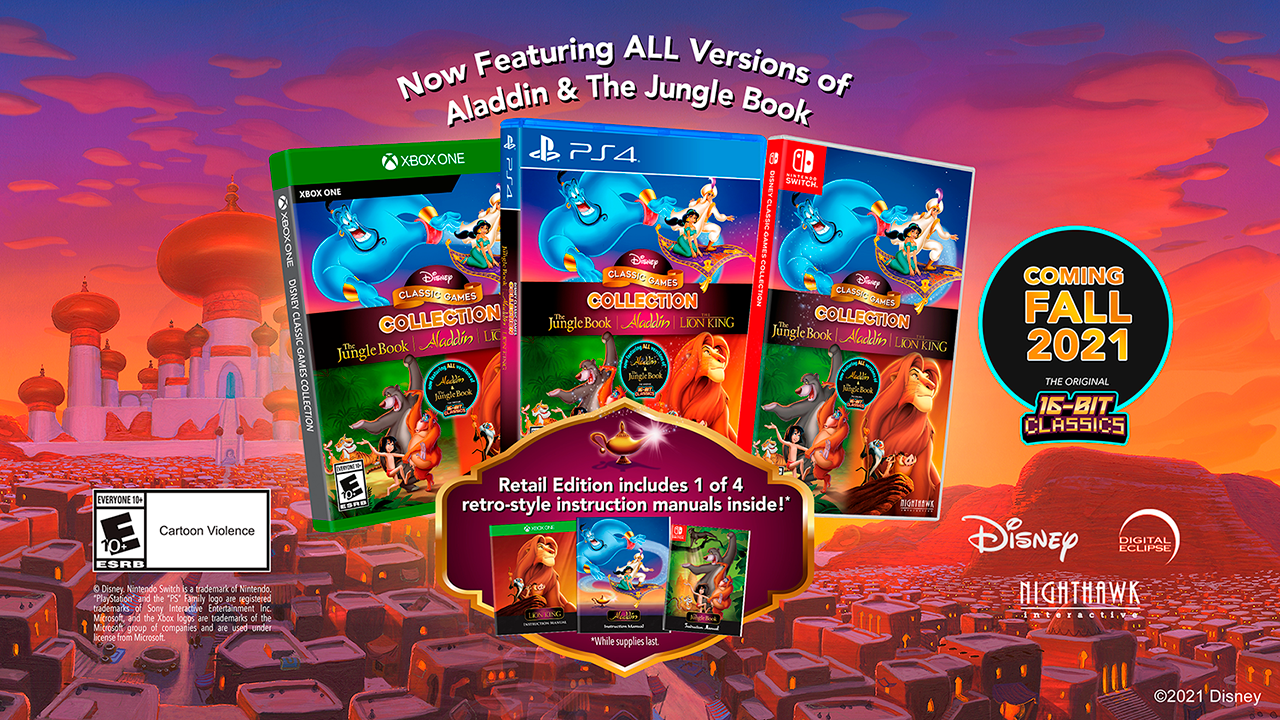 Each game in the collection has been updated for modern televisions, and they also allow players to rewind their gameplay if they make a mistake so they can quickly try again. When it’s time to take a break, players can save their progress wherever they are so they can resume from the same spot later on.

In addition, each game will allow players to watch “full game playthroughs with the ability to skip forward, jump in, and start playing at any point…”

Finally, the collection will feature a museum containing content related to the creation of these games. The museum will feature video interviews, image galleries, and more. Plus, players will be able to listen to the entire soundtrack for each game.

The Disney Classic Games Collection will be released on November 9 for $29.99 on Switch, PlayStation 4, Xbox One, and PC. It’s available to pre-order now. The collection is rated E10+ for Everyone 10+ by the ESRB.

As one final note, The Lion King and Aladdin were originally released on modern platforms as “Disney Classic Games: Aladdin and The Lion King.” Players who own that title will have the option to purchase “The Jungle Book and MORE Aladdin” downloadable content (DLC) for $9.99 to play the other two games, rather than being required to purchase the entire collection to access them.

Is your family excited to try the Disney Classic Games Collection? Let us know on Twitter at @superparenthq.