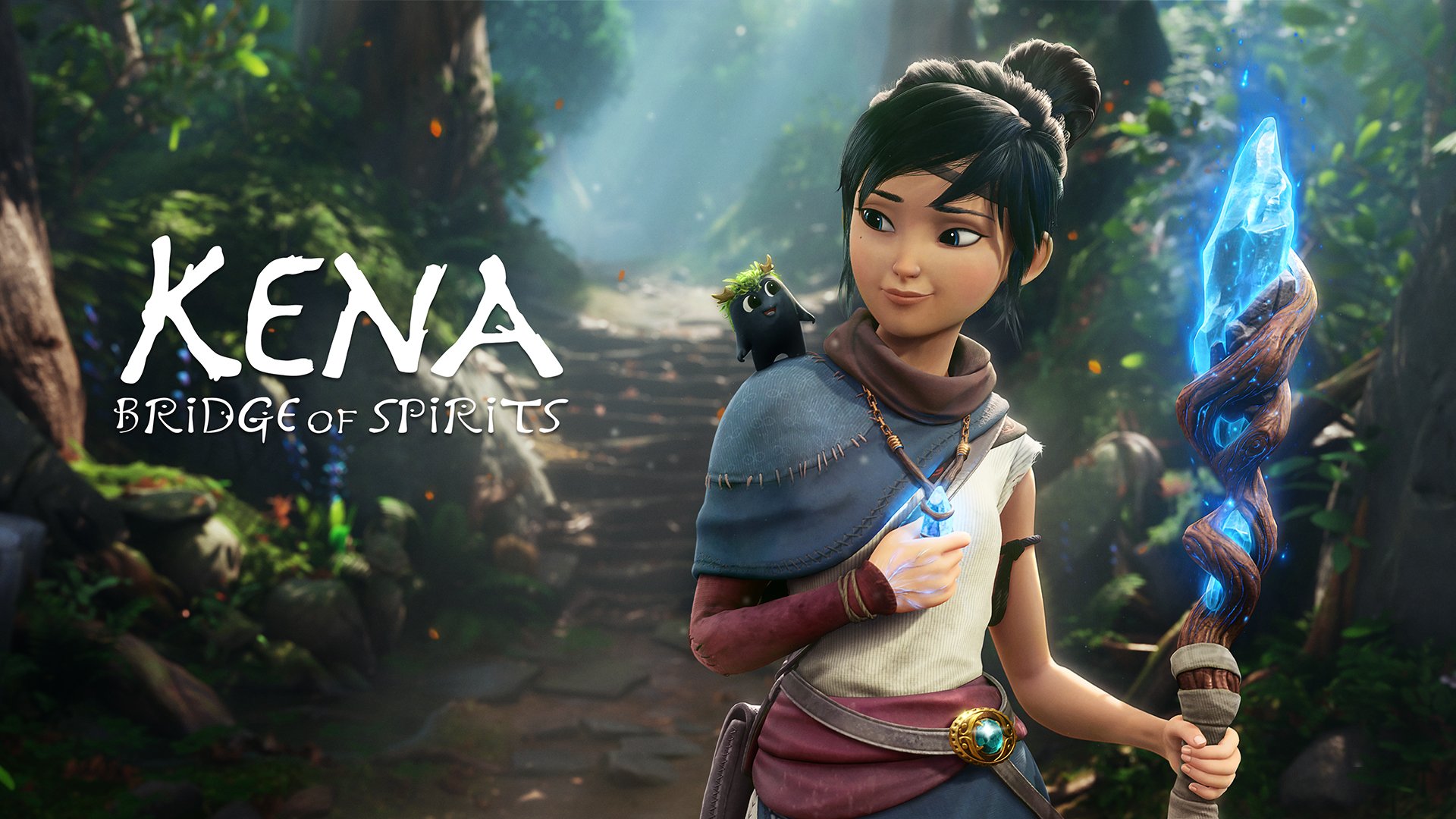 We took a look at the PlayStation 5 version of the game.

What is Kena: Bridge of Spirits?

Kena: Bridge of Spirits is an action-adventure game that follows a young Spirit Guide named Kena, who is asked to help a series of troubled spirits find peace so they can move on to their eternal rest. The land has been covered in a dangerous “corruption,” and Kena will need to defeat enemies and cleanse the land in order to help each spirit.

Kena: Bridge of Spirits offers an open-world environment centered around an abandoned village. Players will need to help Kena collect three relics associated with each spirit, and their journey will take them through a lush forest, dark caves, wide-open plains, mountains, and more.

While players will be required to help spirits in a predetermined order, players can find the relics for each spirit in any order they choose. The game features lots of platforming, hidden paths, and more for players to navigate, as well as some puzzle solving. It can sometimes be tricky to figure out exactly how to reach a key area that’s marked on your in-game map, but the way forward usually presents itself if you slow down and really observe your environment. Similarly, the game provides visual clues for how to solve puzzles, though you may need to use some careful observation to spot them.

Since the in-game world has been covered in corruption, Kena will frequently encounter plant-like monsters that spawn from this corruption. Players will need to defeat these creatures in order to cleanse the land. During combat, players can tap a single button to perform a light attack, while pressing a different button performs a heavy attack.

Kena also has access to a bow and arrow, a magical bomb, and special abiltiies, as well as helpful friends called the Rot who will help players on their entire journey.

The Rot are some of the most adorable creatures we’ve ever seen. These tiny black critters are hidden throughout the in-game world, and players can seek them out to add them to their team. Rot are also automatically given to players as they pass certain points in the story.

As players collect more and more Rot, the Rot themselves will become more powerful and will be able to perform more abilities. For instance, during combat, players can tell the Rot to distract an enemy so that Kena can land a few easy shots. However, the Rot can only perform a limited number of actions during combat, since their “courage” will need to refill between each action. This courage is represented by a circular meter at the bottom of the screen.

Outside of battle, players can collect a wide variety of hats for their Rot to wear (as well as other collectibles, like spirit mail), and the Rot can also be used to repair and clean up the environment. As a couple of examples, the Rot can pick up fallen statues and move objects to different areas. As players repair items in the environment and defeat enemies, they’ll earn a currency called Karma that can be spent to give Kena new and/or upgraded abilities.

We enjoyed Kena: Bridge of Spirits from beginning to end, but we were surprised by the game’s difficulty. The game offers multiple difficulty settings, and even the easiest setting (the “Story” setting) can provide a decent challenge during the game’s many boss battles.

This challenge is compounded by the fact that players can only heal by using the Rot. Again, the Rot can only perform actions once their courage meter is filled, so players may want to heal but be unable to because the Rot aren’t ready.

Thankfully, there’s no lives system here. If Kena ever falls in battle or during gameplay, players will return to their last checkpoint so they can try again.

It’s easy to look at the Rot and think this game is appropriate for children. However, Kena: Bridge of Spirits is rated T for Teen by the ESRB. This means the game has been deemed inappropriate for anyone under the age of 13.

While the game doesn’t feature realistic gore or blood, the combat is fast-paced with lots of button combinations to keep track of, which may make it a tricky experience for younger or new gamers. In addition, the game’s monsters have dark, scary designs that may bother some kiddos.

Finally, the storyline in Kena: Bridge of Spirits is focused on mature topics, such as death, grief, forgiving oneself, and letting go. As such, it’s an emotional (but beautiful) experience that even made us cry at one point. If you decide to let your younger children play this game, we recommend being in the room alongside them in case they have questions about the game’s themes.

Kena: Bridge of Spirits is a gorgeous and beautifully emotional game that we thoroughly enjoyed experiencing. While the game likely isn’t appropriate for most younger players, if your teens enjoy fast-paced combat, exploring large fantasy worlds, and even hunting for collectibles, we highly recommend picking this one up.

Kena: Bridge of Spirits is available for $39.99 on PlayStation 4, PlayStation 5, and PC. The game is rated T for Teen by the ESRB.

Disclosure: SuperParent received a code for Kena: Bridge of Spirits for coverage purposes.