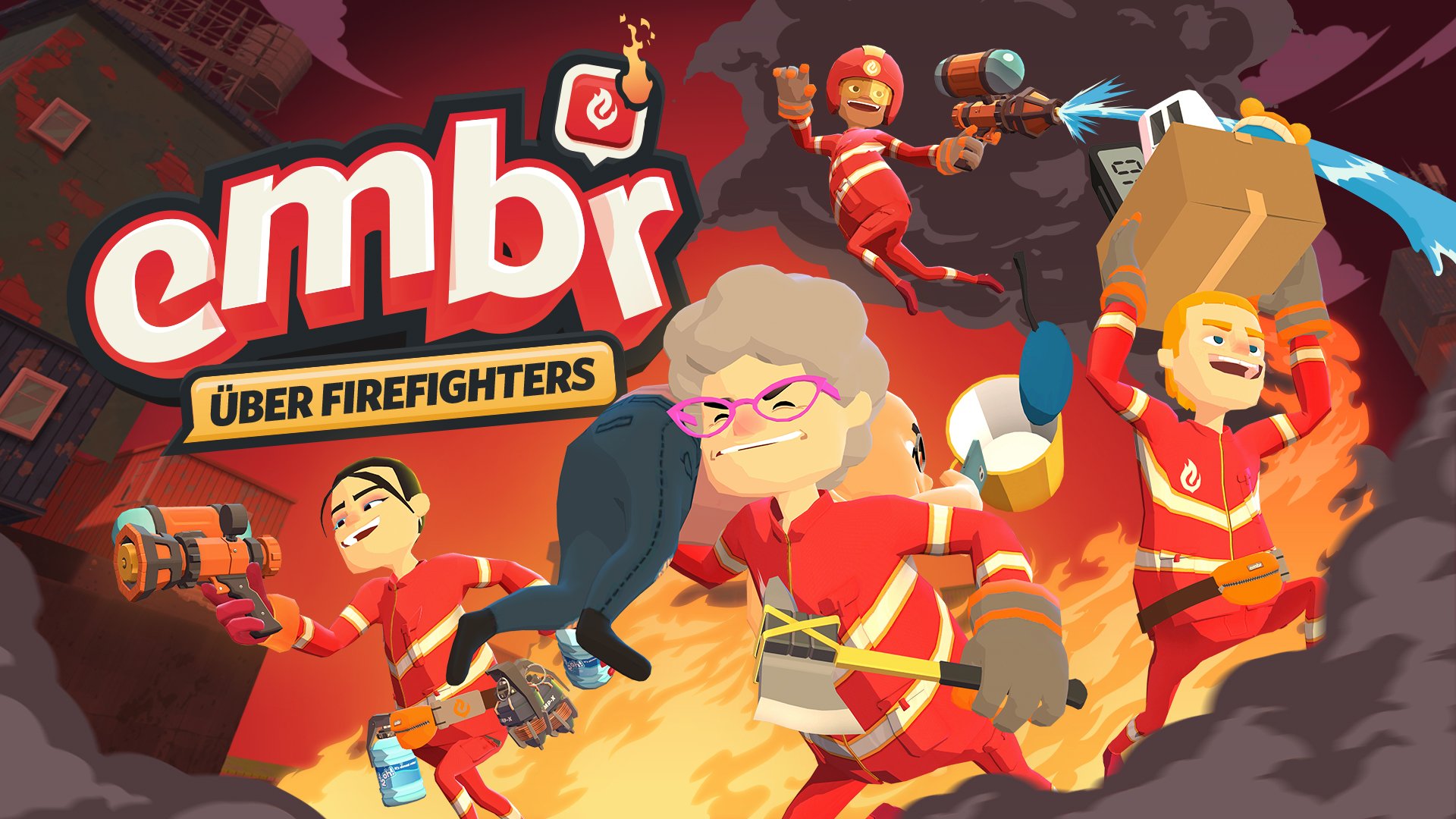 Embr is now available on consoles and PC. The firefighting game allows players to become a rookie firefighter challenged with saving citizens and earning as much money as possible from each emergency.

Rather than having a serious tone, Embr is light-hearted and wacky (for instance, you may need to save a person who is fully clothed but sitting on a toilet). Players can equip themselves with a variety of tools to help them navigate each fire scene, such as a fire hose “gun,” ladder, trampoline, and fire axe. From there, they’ll have a limited amount of time to rescue citizens and their belongings from each burning building before it’s totally destroyed.

That is, the goal here isn’t to put out the fires. Instead, you’re asked to save every person and valuable object inside a building before it burns down. Or, at least save as many as you can in the time you have available. (It is possible for people to die if you don't get to them in time, in which case you'll see a skeleton on the ground when you eventually find them.)

The game features multiple emergency locations to visit, and most of these locations have multiple mission types to complete. For instance, the main “Rescue Mission” asks players to rescue people and items from a burning structure, the “Salvage” mission asks players to recover as many objects from a building as they can before it burns down, and so on. Each mission is played separately, and players can replay each one as many times as they want to improve their performance or earn more cash.

In addition to the fire, each emergency environment has a variety of obstacles to watch out for and react to, such as electricity and poisonous gas. Players can turn off light switches to stop power from flowing to different areas, turn on air conditioners or break windows to deal with poisonous gas, use the fire axe to destroy items blocking their path, and more.

As players complete missions, they’ll earn money based on their performance. Players can spend money on new gear they can take into future missions, as well as on upgrades for their existing items. In addition to firefighting tools, players can also purchase new clothing and accessory items that may give them an advantage (or disadvantage) related to specific hazards, like electricity.

Finally, while Embr can be played in a single-player mode, the game also supports multiplayer gameplay for up to four players.

Embr is now available to download for $19.99 on Switch, PlayStation 4, Xbox One, and PC. The game is rated E10+ for Everyone 10+ by the ESRB. While the gameplay is generally family-friendly, parents should know that the game gives players the option to steal the items they recover from emergency scenes by placing them in the back of thier vehicle. This allows players to earn extra cash based on each item's value. However, players can also get caught stealing.

Check out some gameplay from Embr on Switch in our video below.

Disclosure: SuperParent received a code for Embr for coverage purposes.