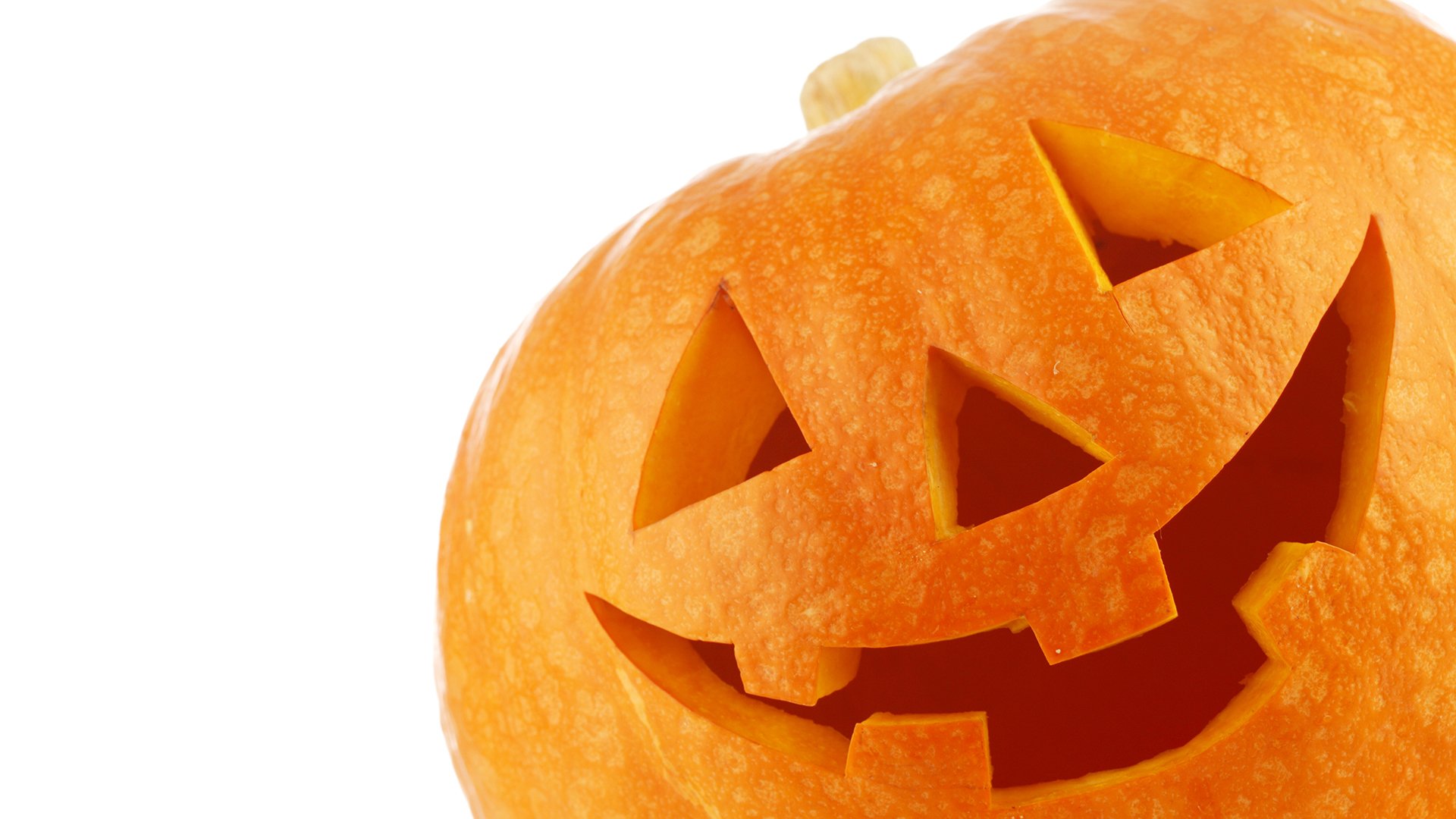 The Boo Hollow line features Halloween-themed characters, such as Zeke (a zombie), Scratch (a devil/demon), and Lucky (a black cat). Even though the characters are based on “spooky” themes, they have a cute, child-like appearance, rather than being gorey or realistic.

The Boo Hollow: Pumpkin Showdown Card Game supports 3-6 players with a recommended age of 6+. The game challenges players to toss pumpkins (cards) at other players with the goal of hitting someone three times and knocking them out of the game. The last player remaining in the game will win.

On each turn of the Boo Hollow: Pumpkin Showdown Card Game, the current “Thrower” selects one or more Pumpkin Cards of the same color from their hand and places them in front of another player, who becomes the “Defender.” Pumpkin Cards come in four colors -- orange, purple, yellow, and green -- and there are also wild cards that can be used as any color. Each Pumpkin Card also has a number on it, which may come into play later on in the turn.

Once the Thrower plays their Pumpkin Card(s), the Defender will have to roll the game’s pumpkin-themed die to see whether they can instantly dodge the attack or are required to draw more Pumpkin Cards. If the die lands on one of the two “Dodge” symbols, they’ll dodge the oncoming attack and the person to their left or right becomes the new Defender, based on the direction the arrow on the Dodge symbol is facing. If they are required to draw cards instead, they may still be able to dodge the attack if they have the right card(s) in their hand.

Specifically, the Defender can dodge an attack by playing a “Hit or Dodge” Card from their hand. This card can perform one of two actions: it can immediately hit the Thrower, which ends the turn (the Defender doesn’t take a hit), or it can be used to Dodge the oncoming attack and cause another player to become the Defender instead (the player to the left or right of the current Defender will become the next Defender, determined by the direction the arrow is facing on the Hit or Dodge Card).

If another player is ever forced to become the Defender because the current Defender dodged, they’ll have to roll the pumpkin die and follow the steps associated with being the Defender.

That is, if the number totals match, the hit is blocked for the turn, the turn ends, and the next player becomes the Thrower. However, if the Defender can play Pumpkin Cards worth more than the Thrower’s cards, the Thrower will take a hit instead.

Finally, if the Defender can’t (or doesn’t want to) dodge or counter, they’ll take a hit for the turn. Players can keep track of how many times they’ve been hit by collecting a Hit Card each time it happens.

As we mentioned before, each time a player is hit three times, they’re knocked out of the game, and the last player standing wins.

While Boo Hollow: Pumpkin Showdown Card Game may sound a bit complicated on paper, in practice, it’s a simple game that flows pretty quickly. And we just can’t get over the adorable Halloween theme!

As one final note, it’s worth pointing out that the orange bow in the game’s packaging is not part of the game box. It’s attached to the plastic packaging wrap that surrounds the game. This means the game has a normal shape that’s easy to store away when game time is over.

The Boo Hollow: Pumpkin Showdown Card Game is expected to be released this fall for $6.99. You can pre-order the game now at stores like Entertainment Earth and Amazon. Keep in mind that different stores may sell the same Funko products for different prices and release them at different times. Make sure to shop around to find the best deal!

Is your family going to pick up the Boo Hollow: Pumpkin Showdown Card Game? Let us know on Twitter at @superparenthq.