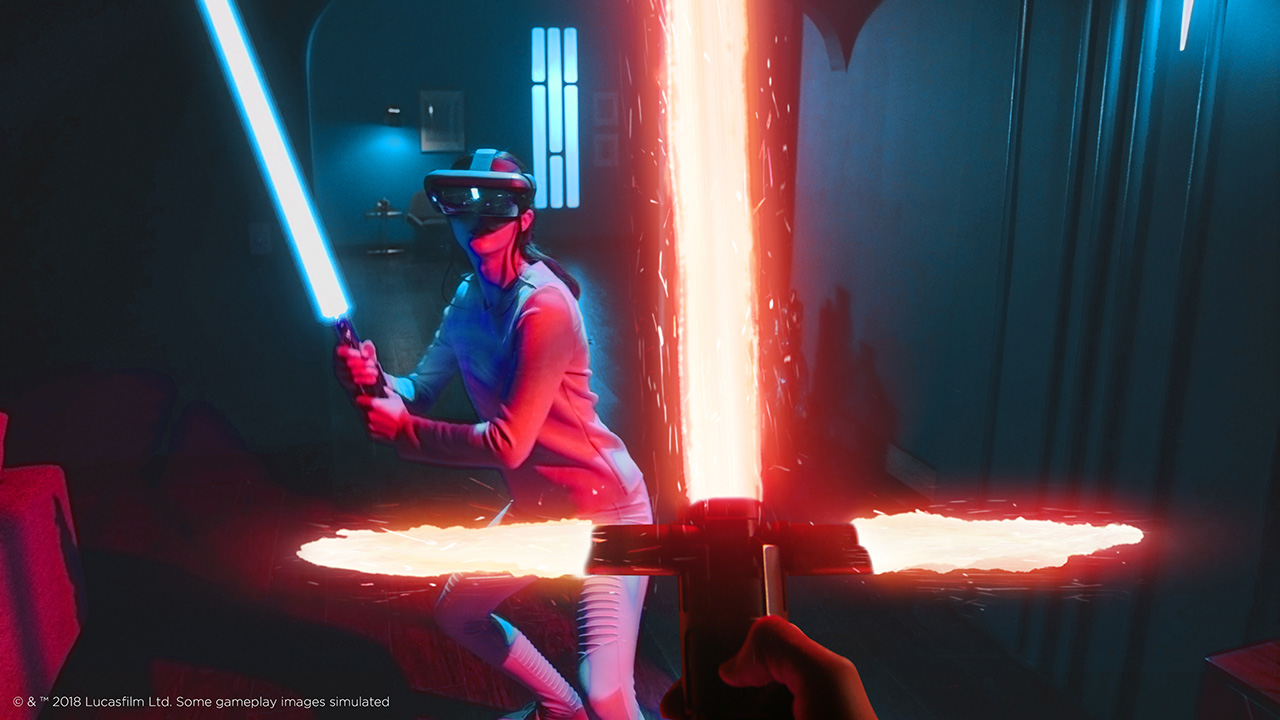 Here’s how it works: Players place their mobile device into the headset, which lets them view the action as though it were really happening in the world around them. A tracking beacon picks up the movement of the lightsaber controller, bringing their actions to life within the game.

Star Wars: Jedi Challenges is focused on the light side of the Force. Kids can compete in lightsaber battles against digital enemies (like Darth Vader), play Holochess (the tabletop game seen in Star Wars: Episode IV - A New Hope), and direct their troops in a Strategic Combat mode.

As reported by Engadget, an upcoming Dark Side Expansion for Star Wars: Jedi Challenges will let players join the dark side of the Force, and battle against heroes like Rey and Yoda in lightsaber duels. Players can use the lightsaber controller from the starter kit for these battles, or purchase the limited edition Kylo Ren lightsaber controller, based on Kylo Ren’s weapon from the Star Wars films.

The game’s two-player lightsaber battle mode will also support light side vs. dark side battles. Just keep in mind, both players need their own headset to compete in two-player duels. The Dark Side Expansion content update will be available to download for free this November. The Kylo Ren lightsaber controller will also be released this November on the Star Wars: Jedi Challenges website for $99.99.

The Star Wars: Jedi Challenges starter kit has a suggested retail price of $199.99. That’s pretty pricey, but stores like Best Buy and Walmart currently have it for $99.99. If you want to see what kids think of this game, check out our Kids Play video below.