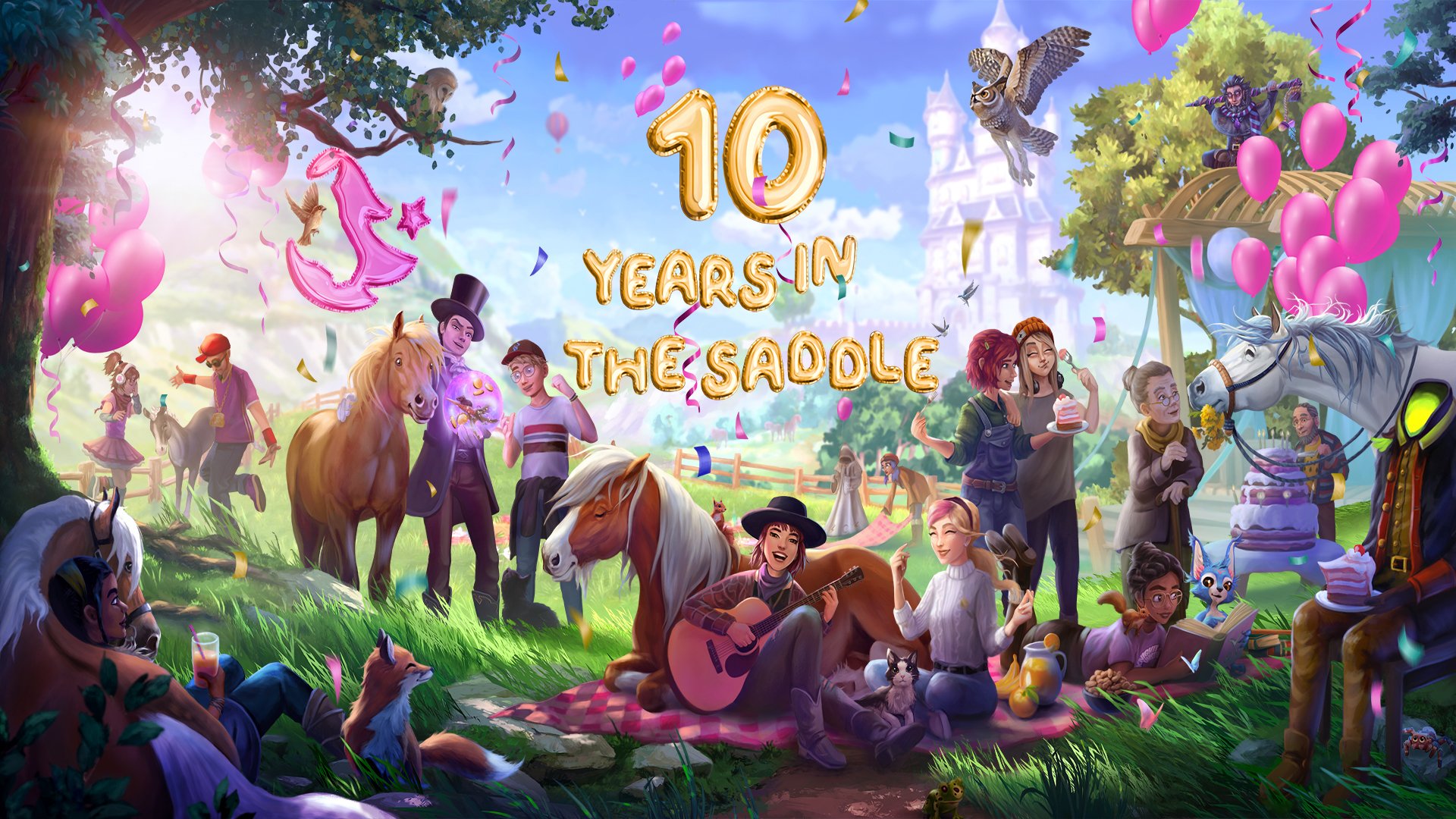 Star Stable Online, a horse-themed online game played by millions of girls and young women around the world, turns 10 years old in September 2021!

Since the game’s release in 2011, the Star Stable brand has expanded into more than just games. There’s a series of Soul Riders books, an animated series called Star Stable: Mistfall, and even an independent record label that has released more than 40 singles!

Star Stable recently partnered with research firm The Insights Family to learn how players in the U.S. feel about Star Stable Online and gaming in general. The survey showed that “Star Stable players are twice as likely to report feeling more self-confidence compared to girls who play other games,” at 61 percent compared to 29 percent. Plus, the survey found that “72 percent of Star Stable players said playing games helped them make new friends in real life (versus 49 percent of other girl gamers).”

To celebrate the 10th birthday of Star Stable Online, SuperParent has teamed up with the game’s creator, Star Stable Entertainment, to give away an awesome swag bag filled with unique Star Stable merchandise, a commemorative vinyl record, and much more!

This prize package is valued at $350. Here’s everything it contains:

Once you’ve entered the sweepstakes, head over to social media to celebrate the 10th anniversary of Star Stable Online using hashtags #SSO10 and #10intheSaddle! And remember to follow Star Stable on Instagram, Facebook, and Twitter!