PJ Masks Heroes of the Night Preview: Even Littles Can Be Super Heroes 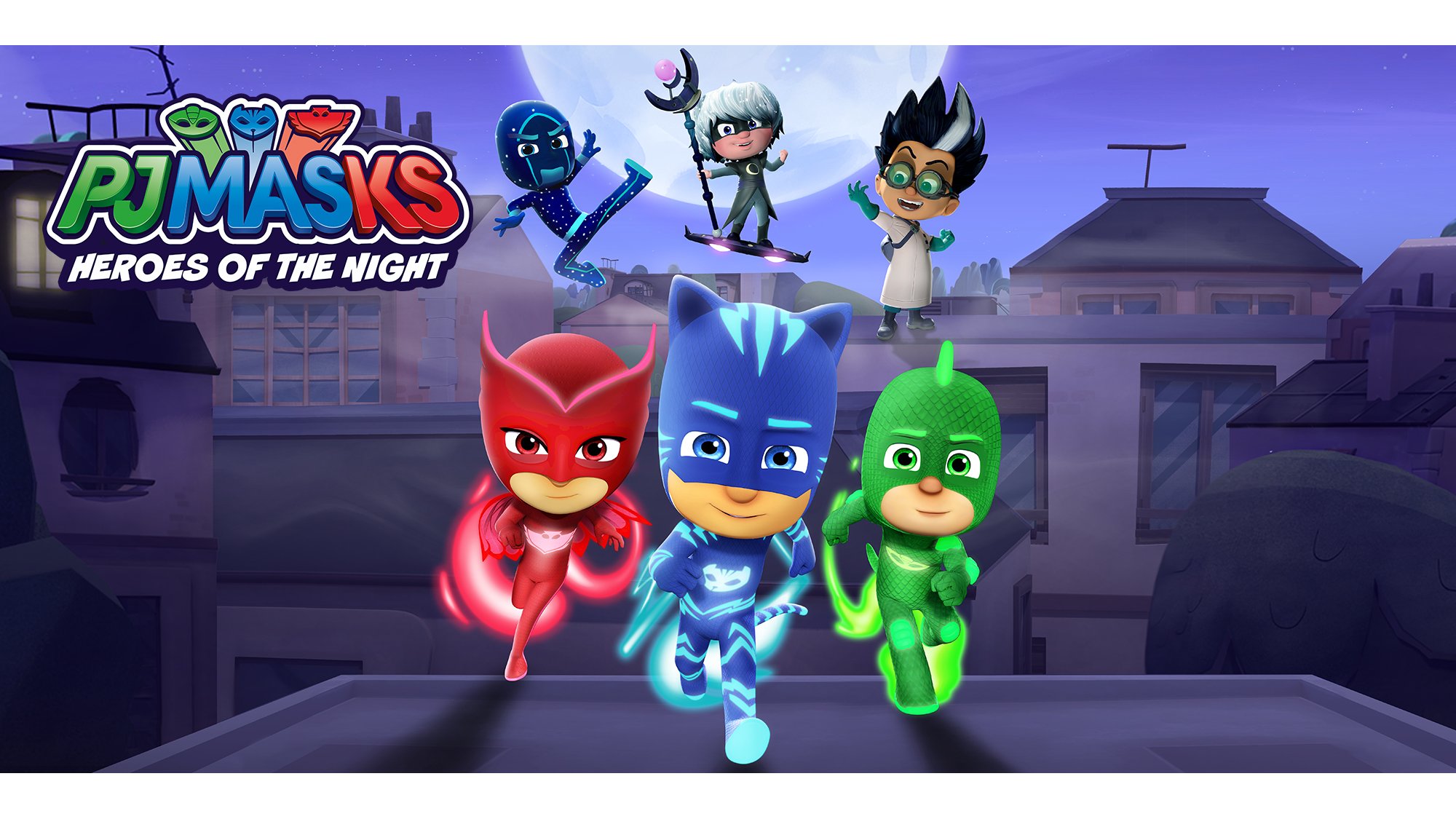 At a recent media event, SuperParent had the chance to play PJ Masks: Heroes of the Night, a kid-friendly side-scrolling platformer from developer Petoons Studio and publisher Outright Games, which hits consoles and PC later this year.

PJ Masks: Heroes of the Night is inspired by the popular children’s series PJ Masks. It will allow littles (and adults) to visit eight different locations from the PJ Masks world as they help Catboy, Owlette, and Gekko defeat baddies like Romeo, Luna Girl, and Night Ninja. For instance, in one stage, players will need to defeat Romeo and his robot after Romeo steals the group’s homework.

During our time with the game, we were able to try out one of the game’s side-scrolling platforming areas, a battle against Romeo and his robot, and a driving segment.

The side-scrolling gameplay features platforms to jump on and over and lots of gems to collect along the way. If players can collect all of the gems in a stage, they’ll receive a prize. Levels also contain special PJ Masks items for players to find and collect.

Levels will allow kids to play as Owlette, Catboy, and Gekko, with each character having special abilities. For instance, Catboy can double jump, Owlette can fly over long distances, and Gekko can climb up and down walls. Gekko can also turn on stealth to avoid enemies, while Cat Boy has super hearing, and so on.

When it was time to take on Romeo and his robot, we were able to battle the baddies by pressing the correct button as prompts appeared on the screen.

Finally, during driving sequences, the PJ Masks vehicle will accelerate and steer around corners automatically, and players can switch between driving lanes and press a button to speed up. Players may need to change lanes to avoid obstacles in the path, and they can also change lanes to collect extra gems that appear in front of them.

You can watch some gameplay from PJ Masks: Heroes of the Night in the video above.

PJ Masks: Heroes of the Night will be released on Switch, PlayStation 4, Xbox One, and PC on October 29, 2021. The game has been rated E for Everyone by the ESRB.

Is your family looking forward to playing PJ Masks: Heroes of the Night? Let us know on Twitter at @superparenthq.