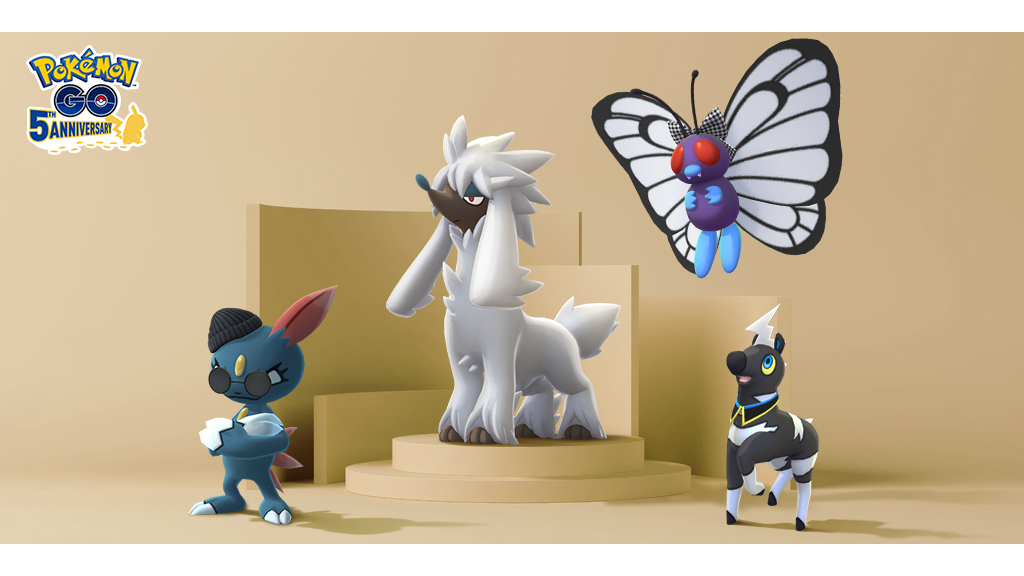 Trainers, the 2021 Fashion Week event is about to kick off in Pokemon Go!

Next, Alolan Meowth, Galarian Meowth, costumed Smoochum, and costumed Shinx will have the chance to hatch from 7 km Eggs that are collected during the Fashion Week festivities.

Elsewhere, Niantic said, “Fashionable Trainers with fashionable Pokémon and more will be appearing at PokéStops throughout the event.” Players will be able to battle these Trainers to receive in-game rewards.

New Timed Research tasks will also be available to complete during the Fashion Week event, and once the event begins, the next portion of the Misunderstood Mischief Special Research storyline will become available.

Players will be able to earn a Furfrou Wig for their avatar by completing this event’s Timed Research tasks. This Furfrou Wig will also be available to purchase in the in-game shop beginning on September 29 at 1 p.m. PT.

Starting September 20 at 1 p.m. PT, Fashion Week avatar items, like Hoopa Bangles, will become available to purchase in the in-game store. Plus, some avatar items will be on sale for a limited time as part of this event.

Finally, when this event begins, Furfrou will make its debut in Pokemon Go. Players will be able to encounter this Pokemon in the wild.

Furfrou will have many different Forms, or “Trims” to choose from. When players catch Furfrou in the wild, it will be in its Natural Form. Then, they’ll have the option to switch Furfrou to a different Trim based on their real-world location.

Niantic shared a list of Furfrou’s Trims and the areas where each one will be available:

Are you looking forward to this year’s Fashion Week event in Pokemon Go? Let us know on Twitter at @superparenthq.