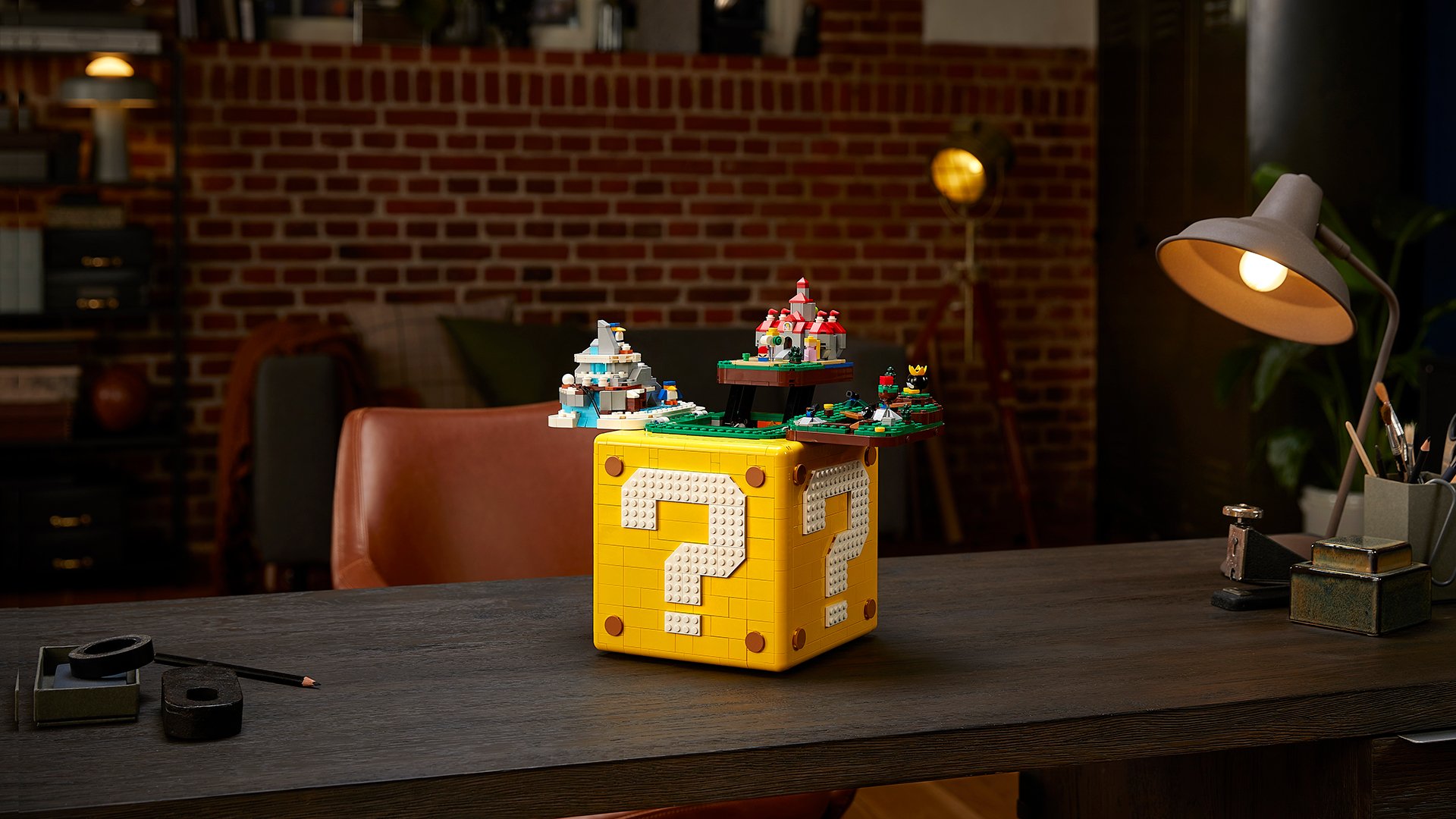 The kit also comes with 10 Super Mario-themed “microfigures” inspired by characters such as Mario, Yoshi, Princess Peach, and a Chain Chomp. These “microfigures” are smaller than Lego’s “minifigures,” and they have less details, though the characters are still recognizable.

As spotted by Twitter user Wario64, the Super Mario 64 Question Mark Block kit is now available to pre-order on Lego’s website for $169.99. It will be released on October 1, 2021.

The kit has an age rating of 18+, but adults can build the kit alongside kids as a fun, family-friendly activity.

You can learn more about the Super Mario 64 Question Mark Block on Lego’s website.