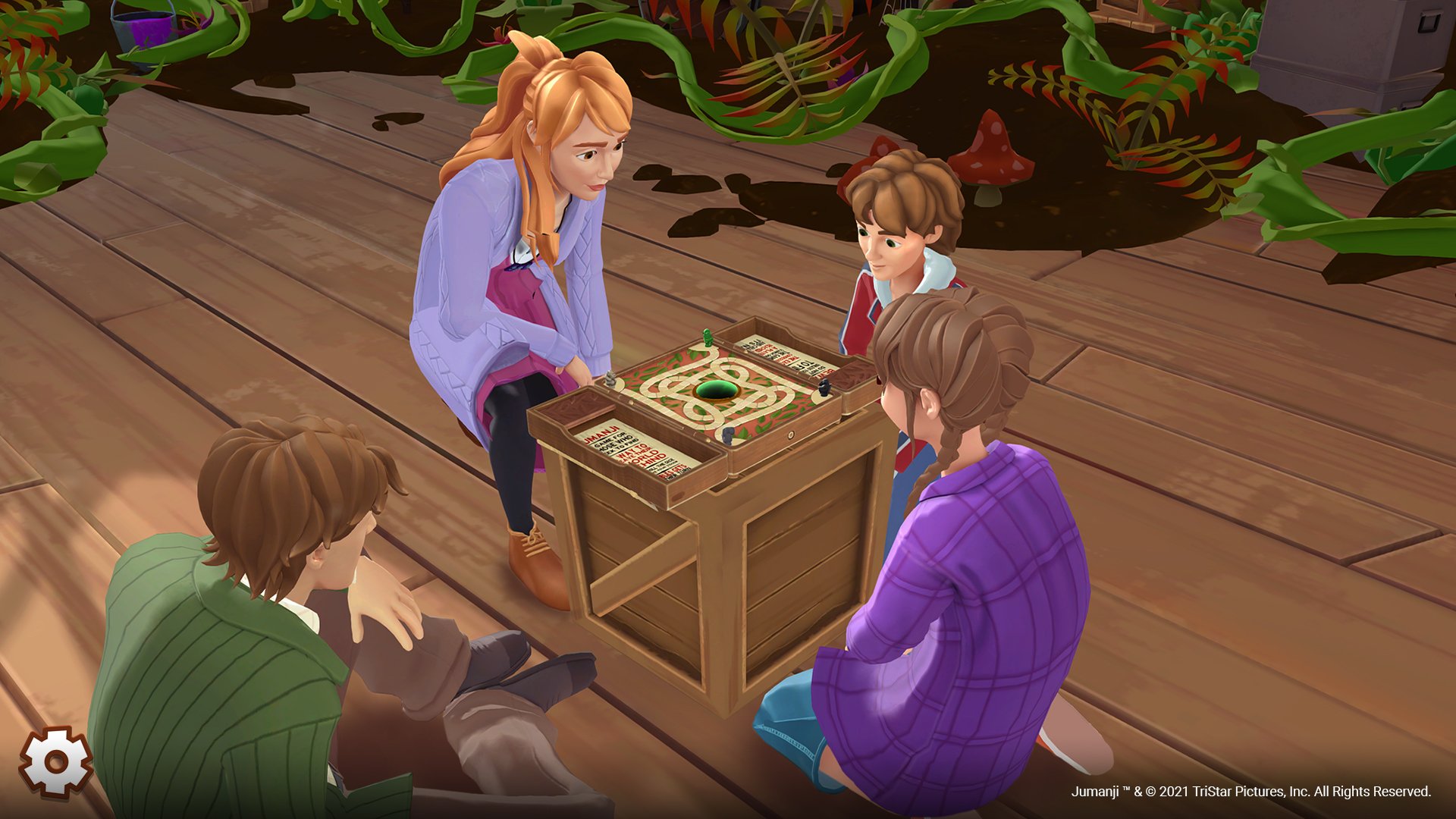 Jumanji: The Curse Returns is a digital board game on PC from Marmalade Games, the company behind The Game of Life 2. The game is inspired by the Jumanji board game seen in the 1995 Jumanji film.

Jumanji: The Curse Returns challenges up to four players to reach the center of the Jumanji game board before the town of Brantford is taken over by the creatures that have come out of the game. That is, rather than being a competitive title, everyone will work together to defeat monkeys, lions, giant mosquitos, and more in an attempt to save the town and keep the board game going.

Players can play Jumanji: The Curse Returns on their own with computer-controlled teammates, as well as play with friends and others online.

On each turn, a player rolls two dice to move their token around the game board. Then, the center of the board will reveal a clue about what’s going to happen next. Many turns will cause animals to appear around Brantford, and players will need to defeat them in order to “save” that part of town. There are five areas in Brantford (like the riverbank and the shoe company), and players may need to save each one more than once during a single game. If all five areas are taken over by the game, the group loses.

During each animal encounter, each animal will have a specific symbol over their head, which matches one of the tools players have at their disposal. Players will need to dig through their box of tools, viewing one tool at a time, until they find a matching tool, which will allow them to damage the animal. Each of these animal “battles” is timed, and players will need to defeat the required number of animals before time runs out (players earn bonus time each time an animal is defeated).

Battles are made more complicated by Jumanji’s vines, which can trap players so they can’t use tools for a few seconds. Plus, if players ever summon the hunter Van Pelt into the game on one of their turns, he can show up during battles to attack players.

Each player’s token is also magical. As players dig through the tool box, they may come across magic potions that can be used to charge their own token or a teammate’s token. When a token is fully charged, it can be used instead of a tool to deal double damage to an enemy.

Plus, tokens can be upgraded to give players different boosts that last for the rest of the current game. When an upgrade is available, players can choose between two upgrade options, based on their preference.

Finally, at certain points, all four players may be able to team up to deal a group attack to every enemy on the screen.

If players want to add more features to the game, Jumanji: The Curse Returns allows players to purchase an optional Season Pass that will give them access to new player tokens, as well as new stages and two game expansions that will be released in the future. The expansions will be inspired by the Jumanji movies released in 2017 and 2019.

Check out some gameplay from Jumanji: The Curse Returns in our video below.

Disclosure: SuperParent received codes for Jumanji: The Curse Returns and its Season Pass for coverage purposes.