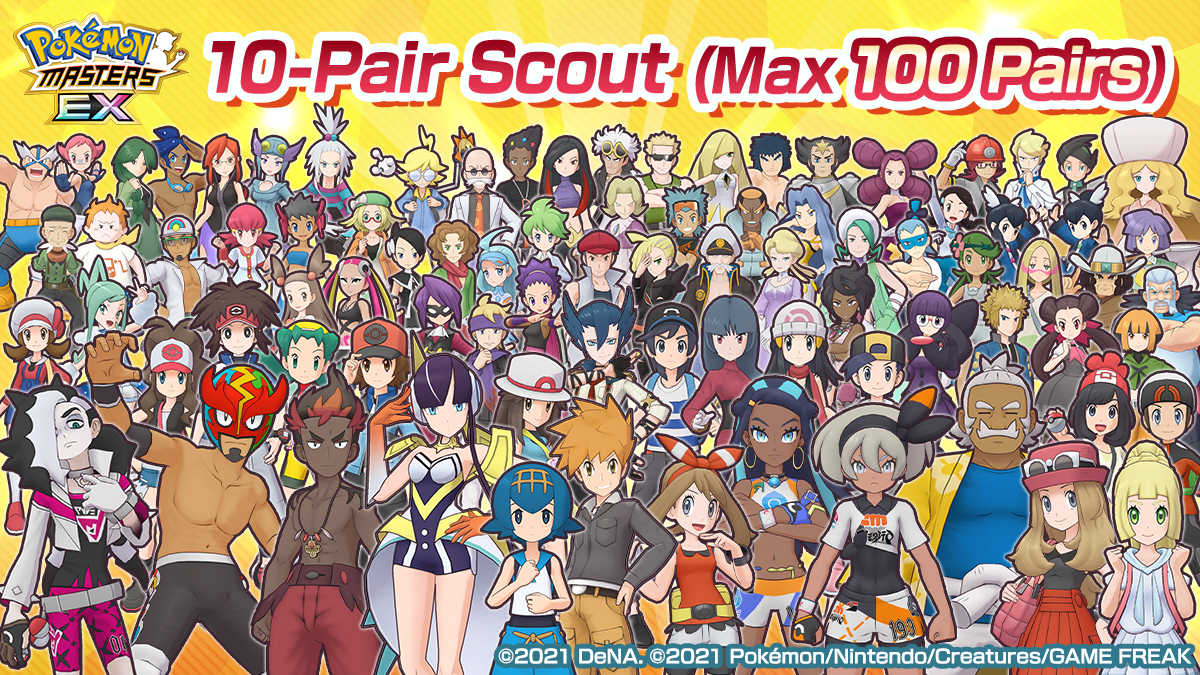 Pokemon Masters EX is celebrating the two-year anniversary of its release by hosting a major in-game event that will allow players to claim free sync pairs, earn free Gems, and more.

In addition, players can receive thousands of free Gems (the game’s premium currency) during the Two-Year Anniversary Event by logging into the game and by participating in the Daily Battle - Present Event activity.

As a reminder, Scouts are the game’s mystery box feature, meaning you won’t know which sync pair(s) you’ll receive before spending the premium currency.

During this event, players can complete the “Special Sync Pair Event: Misty & Psyduck” to receive the sync pair of Misty & Psyduck, which has the ability to reach a 6-Star EX rating. This event will be available to complete from August 27 at 11 p.m. PT until October 15 at 10:59 p.m. PT.

Finally, 250 players will have the chance to win a Pokemon Trading Card Game playmat inspired by the two-year anniversary of Pokemon Masters EX. The sweepstakes will be available to enter from August 27 at 11 p.m. PT until September 19 at 7:59 a.m. PT. Information related to entering the sweepstakes will be shared in the Pokemon Masters EX app and on the game’s official Twitter account.