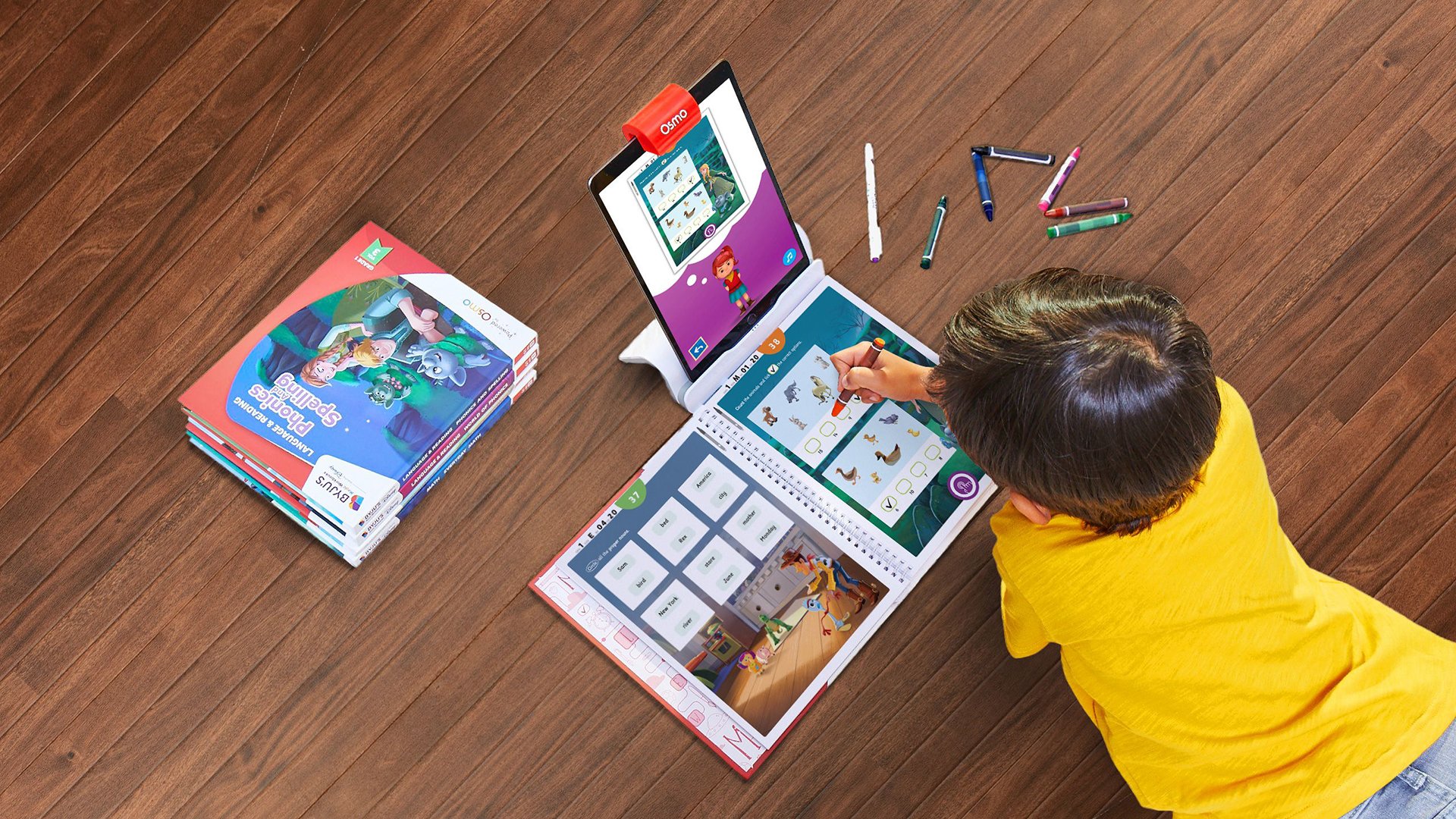 Educational technology company Byju’s released a hybrid learning solution for kids in Pre-K through 3rd Grade (ages 4-8) that combines real world workbooks, an Osmo device, and a mobile application to help kids practice their vocabulary, math, and more with the help of popular Disney and Disney Pixar characters.

The Byju’s Learning mobile app is available on iOS and Android devices. It features over 1,000 learning activities, like video lessons and quizzes, and it supports up to three profiles, so three different kids can use the app at their own pace and save their progress separately. Parents can also view progress reports for each child as their children use the app.

The Byju’s Learning mobile app can be used on its own, meaning parents aren’t required to purchase the Byju’s Magic Workbooks or an Osmo device to use the application. When parents sign up for the app, they’ll have to enter their email address to receive a 14-day free trial of the app. After that point, they can subscribe to unlock unlimited access to the app for $9.99 per month or $99 per year.

Once parents sign up for the app, they can create a profile for their child by entering their name and grade level (Pre-K, K, 1, 2, or 3). From there, the app will customize the experience and recommend activities for the child based on their grade.

If your family wants to combine the application with the real-world workbooks and the Osmo device, you can pick up the Byju’s Magic Workbooks (featuring Disney) Premium Kit for $199.99. There are different kits available for Pre-K through 3rd Grade, so you can choose the kit that fits your child’s grade / learning level. These Premium Kits are only compatible with certain iPads, so Android users will have to stick with using just the application on its own. To see if your family has a compatible iPad, check out the Magic Workbooks FAQ section on the Byju’s Learning website.

Each Premium Kit includes a selection of Magic Workbooks that focus on different subjects, an Osmo device, and three WizPens, which are designed to be used in the workbooks instead of regular pens and pencils. The Pre-K and 1st Grade Premium Kits also include 12 “Magic Color Wax Crayons.”

We had the chance to check out the Grade 3 Premium Kit. It includes nine different workbooks featuring Disney and Disney Pixar characters:

These books have sturdy, hardback covers and very thick paper that feels like heavy weight cardstock, so they should hold up well over time.

To use a workbook, you’ll first place your iPad device in the Osmo base and then place the Osmo reflector over the iPad’s camera. From there, you place the open workbook directly in front of the Osmo’s base so that the reflector is pointed at the sheet your child is working on. This allows the Osmo to “see” what the child has written or drawn on each page so that the information can be transferred into the mobile app. Kids are guided through this workbook experience by a cartoon child named Jane.

Each workbook features a variety of learning activities to complete. For instance, in the “Fun With Numbers” book, one activity asks kids to circle every number in a large group that is over 200, while another activity challenges kids to complete a maze by making their way through numbered pathways in a specific order.

These activities feature artwork inspired by Disney and Disney Pixar characters -- everyone from Anna and Elsa (Frozen) to Mater (Cars) to Judy Hopps and Nick Wilde (Zootopia), and beyond.

After kids finish an activity in the real-world workbooks, they’re asked to place their finger on a circular symbol at the bottom of the page. The Osmo will “see” their finger and the app will check their work for any mistakes. If the child made a mistake, they can use the eraser on the WizPen to correct their error(s) before having the app check again. (We found the WizPen eraser works well, but you may have to press pretty hard to completely erase a line.)

Overall, the Magic Workbooks really do feel pretty magical. Each time kids make a mark on the real-world paper, it will show up in the app just a moment later, which is a super neat experience. Plus, since kids can erase their work, they can technically complete each activity more than once (perhaps repeating an activity after waiting a few days) to keep practicing their skills.

Finally, parents should know the Osmo device is compatible with other products aside from the Byju’s Learning platform. For instance, Osmo itself sells additional learning products that make use of the Osmo base and reflector. That means if you purchase one of these Buju’s Magic Workbooks (featuring Disney) Premium Kits, you won’t have to buy another Osmo if you want to purchase other compatible products at a later date.