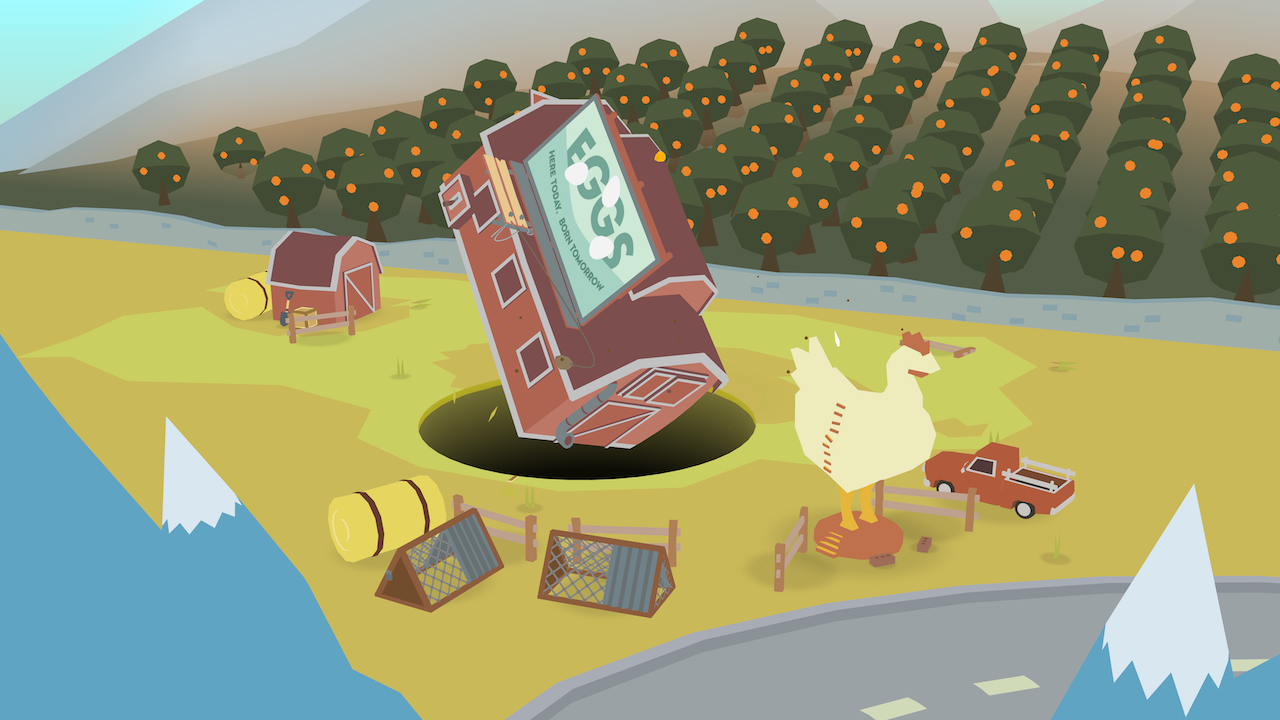 Donut County is a physics-based puzzle game that challenges players to clear environments of objects large and small by moving a hole in the ground underneath them so they drop into the earth.

In each level, the hole starts out small, letting players collect tiny objects, like clumps of grass and small rocks. As players collect items, the hole expands in size, eventually becoming large enough to collect entire buildings and rock formations. Players can sometimes collect objects that are larger than their hole (like a long plank of wood) by correctly positioning the hole under one end of the item, so it tilts and falls in vertically.

Levels may have challenges players need to overcome by manipulating the objects in the environment. For instance, in an early level, players are faced with water that fills their hole until they can figure out how to get rid of it (hint: the bird is your friend).

In between levels, players can view all of the items they’ve collected in the game’s “Trashopedia.” They can also follow along with the game’s story, which stars the town’s residents who are trapped 999 feet below the surface thanks to the hole in the ground.

Check out the first 16 minutes of Donut County on iOS in our SuperParent First Look below to see if this is a game your family would enjoy.