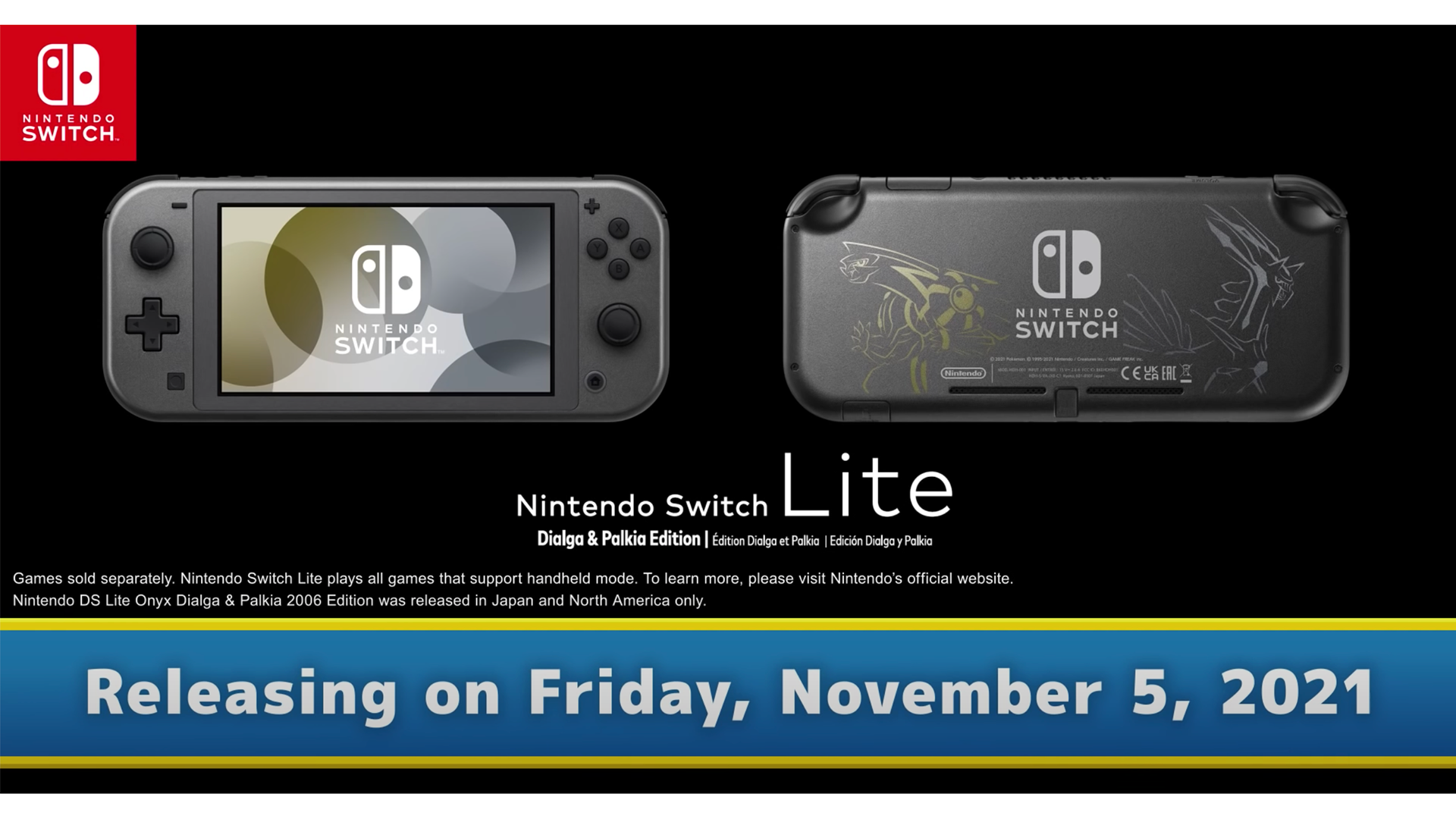 The Nintendo Switch Lite Dialga & Palkia Edition console will be released on November 5, 2021. The system is black, with gold and silver pictures of Palkia and Dialga on the back.

Remember, The Nintendo Switch Lite can only play games that support handheld mode. That is, the console can’t be docked, so you can’t use it to play games on the TV.

Pokemon Brilliant Diamond and Pokemon Shining Pearl are remakes of the original Pokemon Diamond and Pokemon Pearl video games that were released on the Nintendo DS in 2006. They take place in the Sinnoh region of the Pokemon universe, and they allow players to choose from Turtwig, Piplup, and Chimchar as their starting Pokemon. You can learn more about the remakes (and some of their new features) in the video below.

Pokemon Brilliant Diamond and Pokemon Shining Pearl are rated E for Everyone by the ESRB. The games will be available to purchase separately for $59.99 each, or you can purchase the Double Pack that contains both games for $119.99.

Keep checking back with SuperParent, as we’ll bring you more updates about both games as we get closer to launch.

Will your family pick up the Nintendo Switch Lite Dialga & Palkia Edition? Let us know on Twitter at @superparenthq.