Guess in 10: World of Animals Is a Faster, Kid-Friendly Version of 20 Questions 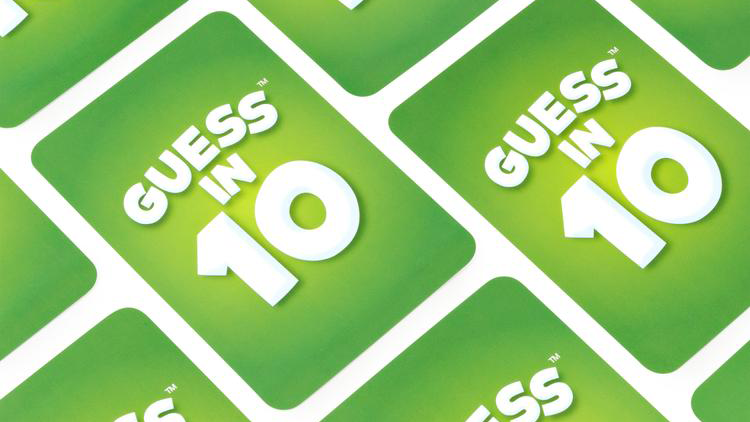 Guess in 10 is a line of card games from Skillmatics and Spin Master Games that’s inspired by the classic game of 20 Questions. However, instead of allowing players to ask 20 questions to figure out the solution to each puzzle, players can only ask 10.

We had the chance to check out Guess in 10: World of Animals, which is focused on the animal kingdom.

Guess in 10: World of Animals supports 2-6 players with a recommended age of 5+. In a two-player game, players go head-to-head, but if there are more than two players, they’ll need to split up into two teams. Players need to be able to read the information on each clue card, so littles may need to team up with someone older to help them out.

During each round of Guess in 10: World of Animals, one player (or team) draws a card from the deck that features a single animal. They’ll read two of the three buzzwords on the card to the other player/team as their starting clues about the animal. From there, the other player/team can ask them up to 10 “yes or no” questions in order to figure out which animal is pictured on the card.

These buzzwords can really help players out, or they may not narrow things down much. For instance, the Tortoise card gives players the buzzwords “Slow” and “Reptile,” which are great starting clues. However, a card like the Fox card only gives the clues “Fur” and “Mammal,” which leaves players with many more options to choose from.

Each card comes with a few standard facts about each animal, such as whether or not it's a carnivore, herbivore, or omnivore, and whether or not it can be domesticated. If players ask a question that the card holder doesn’t know the answer to, the question doesn’t count against their 10 question limit.

Depending on the buzzwords players receive and the questions they ask, it may be pretty tricky to figure out which animal is on each card (there are more than 50 cards in the game, or more than 50 animals to identify). At the beginning of the game, each player/team receives three clue cards, and they can exchange one of these cards for an extra clue if they ever need help identifying an animal. When a player uses a clue card, they can ask for the 1st, 2nd, or 3rd clue on the card, which the other player/team will need to read out loud.

Players can make two guesses about the identity of each animal. If they correctly guess the animal on the card, they have the option to answer a bonus question about the animal at the bottom of the card. If they answer the question correctly, they’ll be able to hear all three buzzwords about the next animal they need to identify, rather than just two. This can make the next animal much easier to guess. They’ll also get to keep the card for the animal they just identified, which gives them one point toward winning the game.

The first player/team to collect seven cards wins the game.

We really enjoyed checking out Guess in 10: World of Animals. It’s a fun game for both kids and adults that can test your deductive reasoning skills while you learn about a variety of animals. Plus, the game is highly customizable. For instance, if you want a shorter or longer game, you can change the number of cards required to win. You can also give younger players more questions to work with or give older players less to make the game easier or more challenging for certain people.

Finally, the game has very few components to keep track of, and it would make a great road trip or travel activity.

Guess in 10: World of Animals is available for $9.99 at stores like Walmart and Target.

Has your family tried any of the Guess in 10 games? What did you think about them? Let us know on Twitter at @superparenthq.