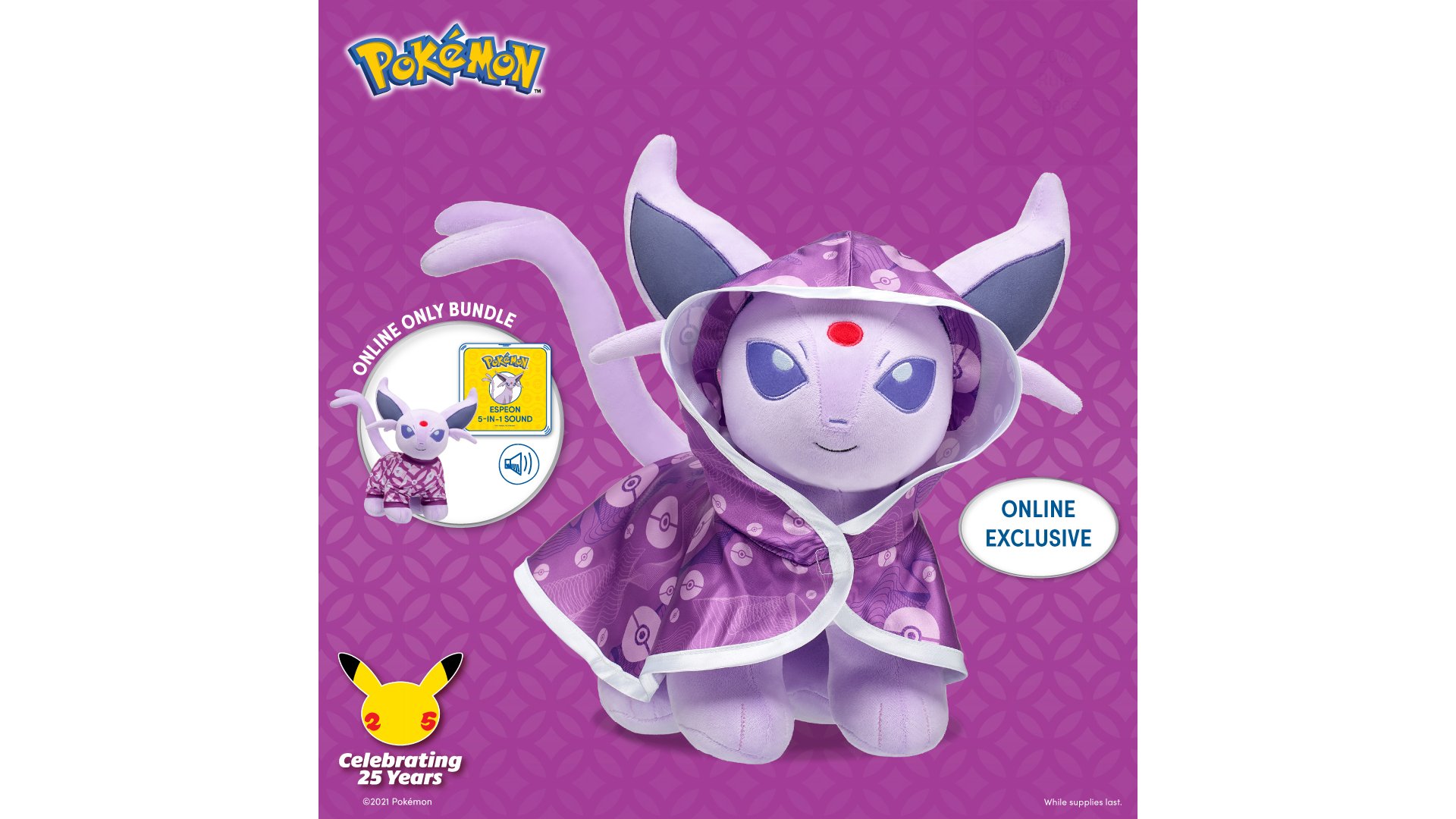 Espeon is Eevee’s Psychic-type evolution. It's from the second generation of the Pokemon universe (seen in the Pokemon Gold and Pokemon Silver video games).

The Espeon plushie is available on Build-A-Bear’s website in the “Online Exclusive Espeon Bundle,” which is priced at $65. For that price, you receive the 11-inch Espeon stuffed animal, an Espeon Sleeper (pajamas), an Espeon Cape, and an Espeon 5-in-1 sound module that will be placed inside the plushie so it can make sounds.

If you’re looking to add even more Pokemon plushies to your collection, Flareon has gone back in stock on the Build-A-Bear website. The Online Exclusive Flareon Bundle is also priced at $65.

Finally, the online-exclusive bundles for two other Pokemon plushies -- Eevee and Pikachu -- are currently on sale for $51.20 and $42, respectively.

Is your family going to pick up Build-A-Bear’s Espeon plushie? Let us know on Twitter at @superparenthq.