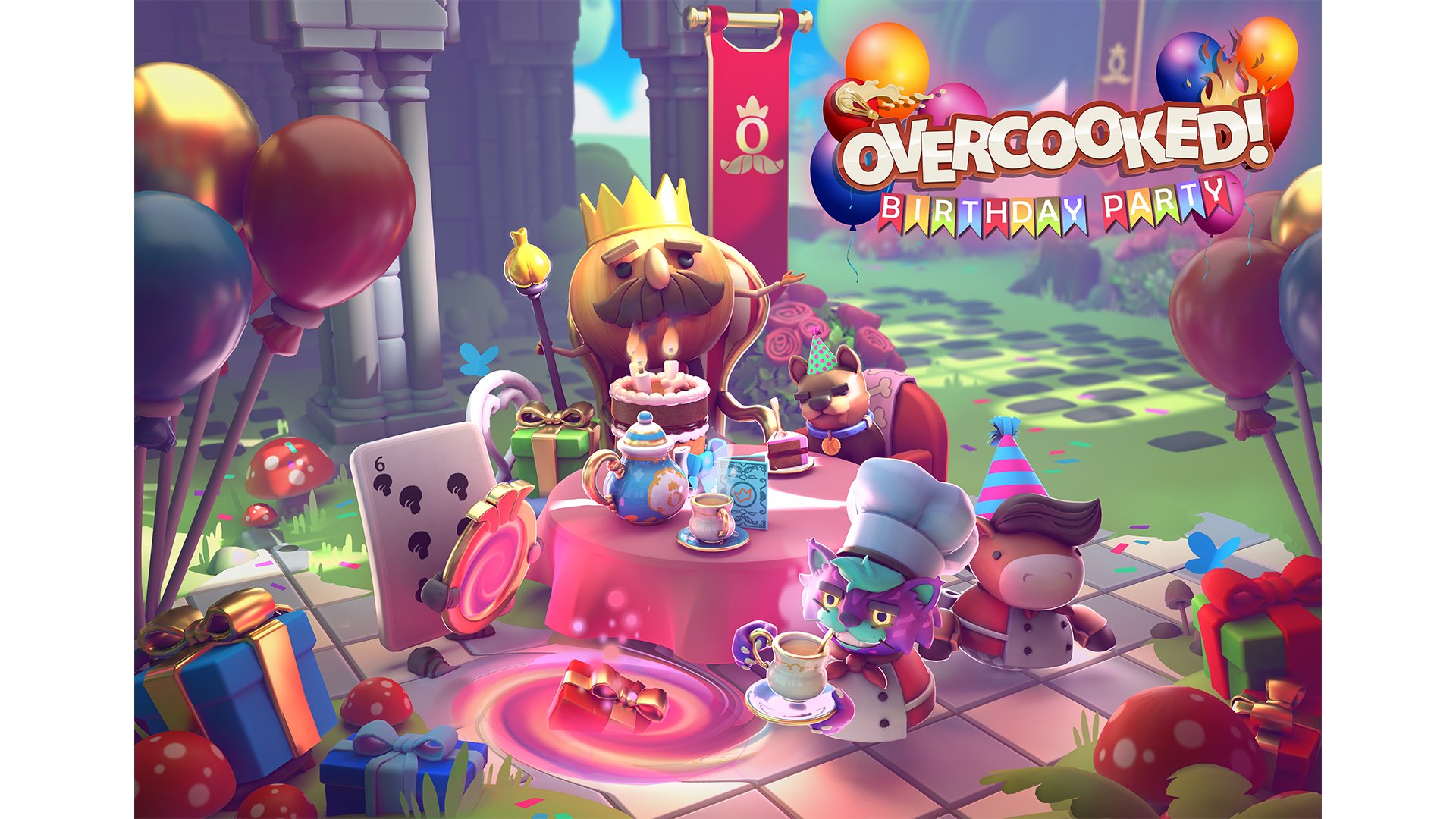 Video game developer Ghost Town Games and publisher Team17 released a free update for Overcooked All You Can Eat that celebrates the fifth anniversary of the release of the original Overcooked video game in 2016. (In the Overcooked video games, players must work together to prepare and serve dishes in a variety of unique and wacky kitchens full of obstacles.)

The Birthday Party update for Overcooked All You Can Eat includes five new levels with a birthday theme, a new chef (the Tabby Cat), a recipe for a cup of tea, and a new gameplay mechanic called “Switcheroo.” According to a press release, with the Switcheroo mechanic, “living playing cards stalk the levels transporting players across the kitchen.”

Overcooked All You Can Eat is available on Switch, PlayStation 5, PlayStation 4, Xbox Series X/S, Xbox One, and PC for $39.99. The game features all of the levels from the original Overcooked and its sequel, Overcooked 2, as well as new kitchens, chefs, gameplay accessibility options, and more.

As part of this fifth anniversary celebration, you may be able to pick up the game at a discounted price, depending on your platform.

Overcooked All You Can Eat is rated E for Everyone by the ESRB.

Does your family enjoy the Overcooked video games? Let us know on Twitter at @superparenthq.