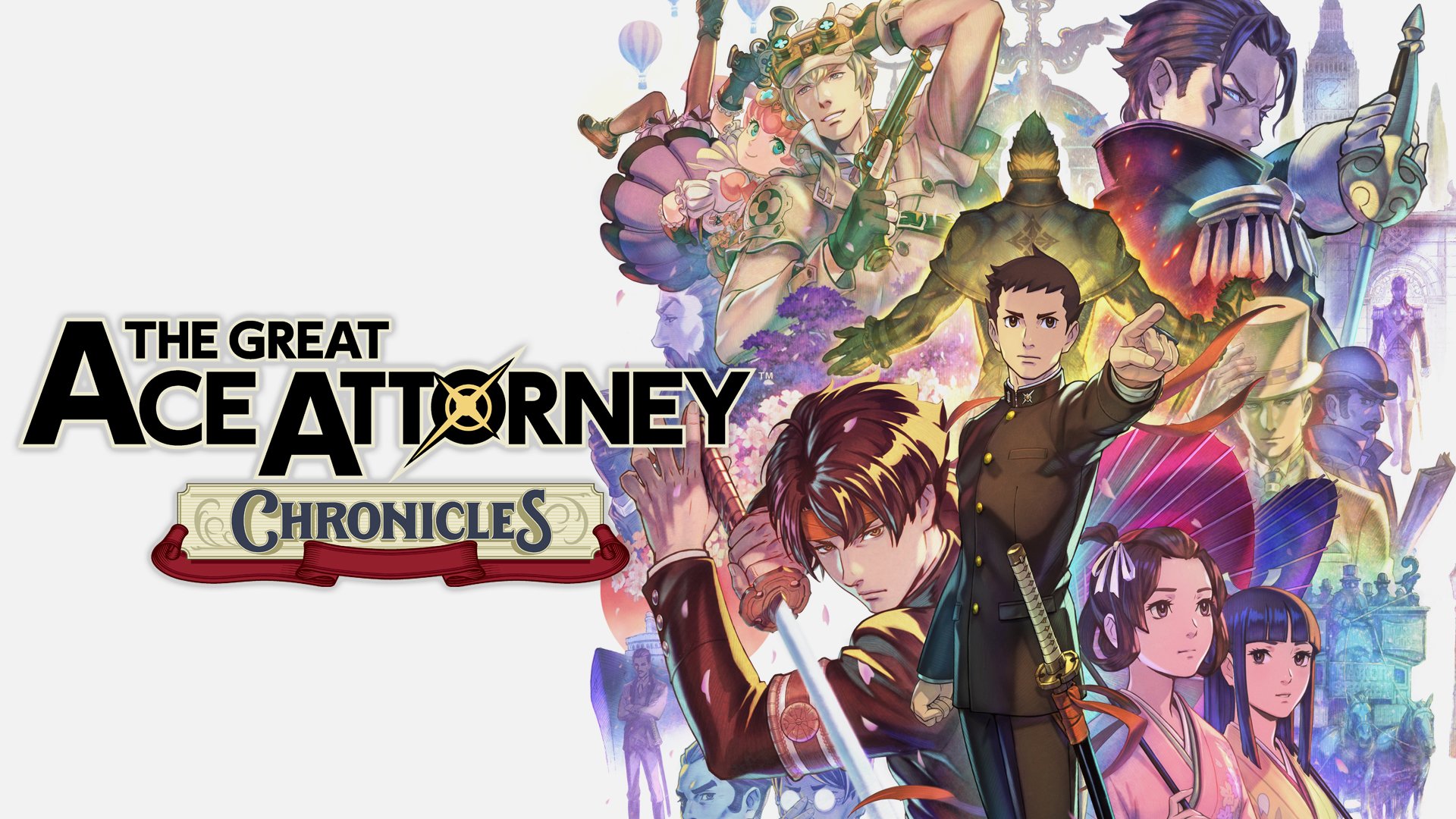 We had the chance to check out The Great Ace Attorney Chronicles on Switch.

What is The Great Ace Attorney Chronicles about?

The Great Ace Attorney Chronicles is a crime-solving mystery game set in Japan and Great Britain during the Victorian Era. It stars Ryunosuke Naruhodo, an ancestor of Phoenix Wright, the main character in other Ace Attorney games. Players will need to help Ryunosuke investigate crime scenes and interview witnesses in the field, as well as present evidence and find inconsistencies in testimonies during courtroom trials.

The Great Ace Attorney Chronicles features 10 cases (five in each of the two original games). Each case plays out like an interactive visual novel, allowing players to read along with a lengthy story as text appears on the screen, as well as perform actions to push the story forward.

Cases allows players to collect and examine pieces of evidence as well as talk to other characters. Players will need to use what they’ve learned about the case and characters involved in each situation to find contradictions and discrepancies that lead to the truth.

Without spoiling too much of the storyline, as an example, in the first case, players need to determine who murdered a man by examining things like his medical records and photographs taken at the scene of the crime.

This gameplay requires players to pay careful attention to what they see and read, but the game will also highlight certain phrases and words as they appear in the in-game subtitles to indicate their importance.

When it’s time to cross-examine a witness on the stand or otherwise deal with a discrepancy or contradiction in a case, players may be given multiple choices (responses) to choose from, or they may need to pick a piece of evidence from the case’s court record that directly relates to the issue at hand.

Sometimes, these answers are obvious, while others are a bit more clever. There are also times when you may determine the culprit or another key aspect of a case long before Ryunosuke and the other characters do, but you’ll still need to work through the motions until the case reaches its intended conclusion in its own time.

Ace Attorney games feature slow, methodical gameplay that won’t interest everyone. However, if you’re into this sort of thing, the game is really fun.

The Great Ace Attorney Chronicles also features a few quality-of-life features that we really appreciate, and that can improve the experience for new players to the franchise.

For instance, by default, you’ll need to read each piece of story text on the screen and then press a button when you’re ready to move on. However, you can also turn on an Autoplay mode that allows the game to automatically advance from one text block to the next (you can turn off Autoplay at any time).

You can also change how quickly on-screen text appears to better match your own reading speed, and you can even read a history of the text that was previously on the screen if you missed something.

But perhaps the best quality-of-life feature is the game’s Story mode. This mode was designed to allow the game to play itself for players who are more interested in following along with the story than deciphering clues.

When Story mode is turned on, actions the player is supposed to perform (such as investigating a crime scene) are handled by the game automatically. This means you can follow along as though you were playing the game yourself, but the game is doing the work.

Why is this mode so great? Since you can toggle Story mode at any time, you’ll never have to use a walkthrough or guide if you get stuck and can’t figure out what to do next. You can simply turn on Story mode, allow the game to progress to the next step, and then turn Story mode off again once you’re past the part that had tripped you up. This is a great feature that removes the likelihood of players becoming frustrated as they progress through the game. (Though, it should be noted that using Story Mode prevents players from earning certain in-game achievements.)

The Great Ace Attorney Chronicles is rated T for Teen by the ESRB. While the game isn’t overly graphic, it does feature images of dead bodies and some adult language is rarely used. Plus, the game's story focuses on mature topics, like murder and theft, as examples.

These factors -- along with the game’s focus on observation and deduction -- mean the game isn't appropriate for younger players (though that decision is up to you).

While The Great Ace Attorney Chronicles is about solving serious cases, the game doesn’t take itself too seriously. It features some over-the-top characters, wacky character designs, and unrealistic events that add humor to the experience (like the energetic detective Herlock Sholmes), but it still offers mentally challenging gameplay that will test players’ deduction and observation skills.

If you or your teens are into murder mystery novels or crime dramas, we recommend checking this one out.

The Great Ace Attorney Chronicles is now available on Switch, PlayStation 4, and PC for $39.99. The game is rated T for Teen by the ESRB.