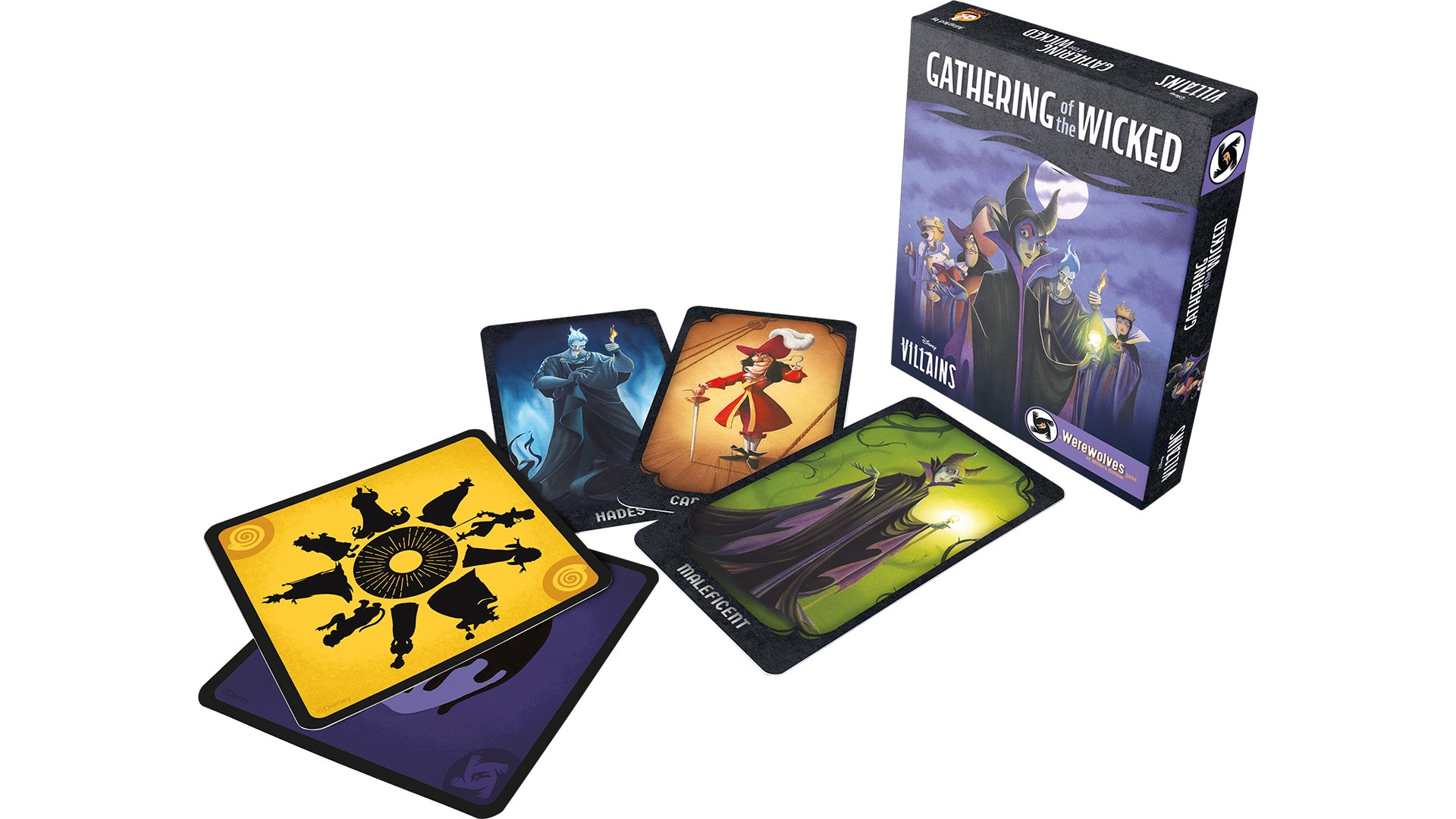 Created by Zygomatic, Gathering of the Wicked is designed for 6-12 players aged 10+. In each game, players take on the roles of classic Disney villains, such as Hades, Maleficent, and Captain Hook (among others), and they’ll need to act like they are those characters throughout the game.

Players are split into two teams, but no one will know which team each player is on. The game is played on a cycle that has two phases: day and night. During the nighttime phase, each villain can use their special abilities to complete actions. Then, during the daytime phase, players will try to “unmask the traitors” in the group. This will test players’ bluffing skills, and they will also need to figure out which players they can trust or not.

Gathering of the Wicked will be released in October 2021. Each game has an expected play time of 30 minutes.

Is your family excited to try Gathering of the Wicked? Let us know on Twitter at @superparenthq.