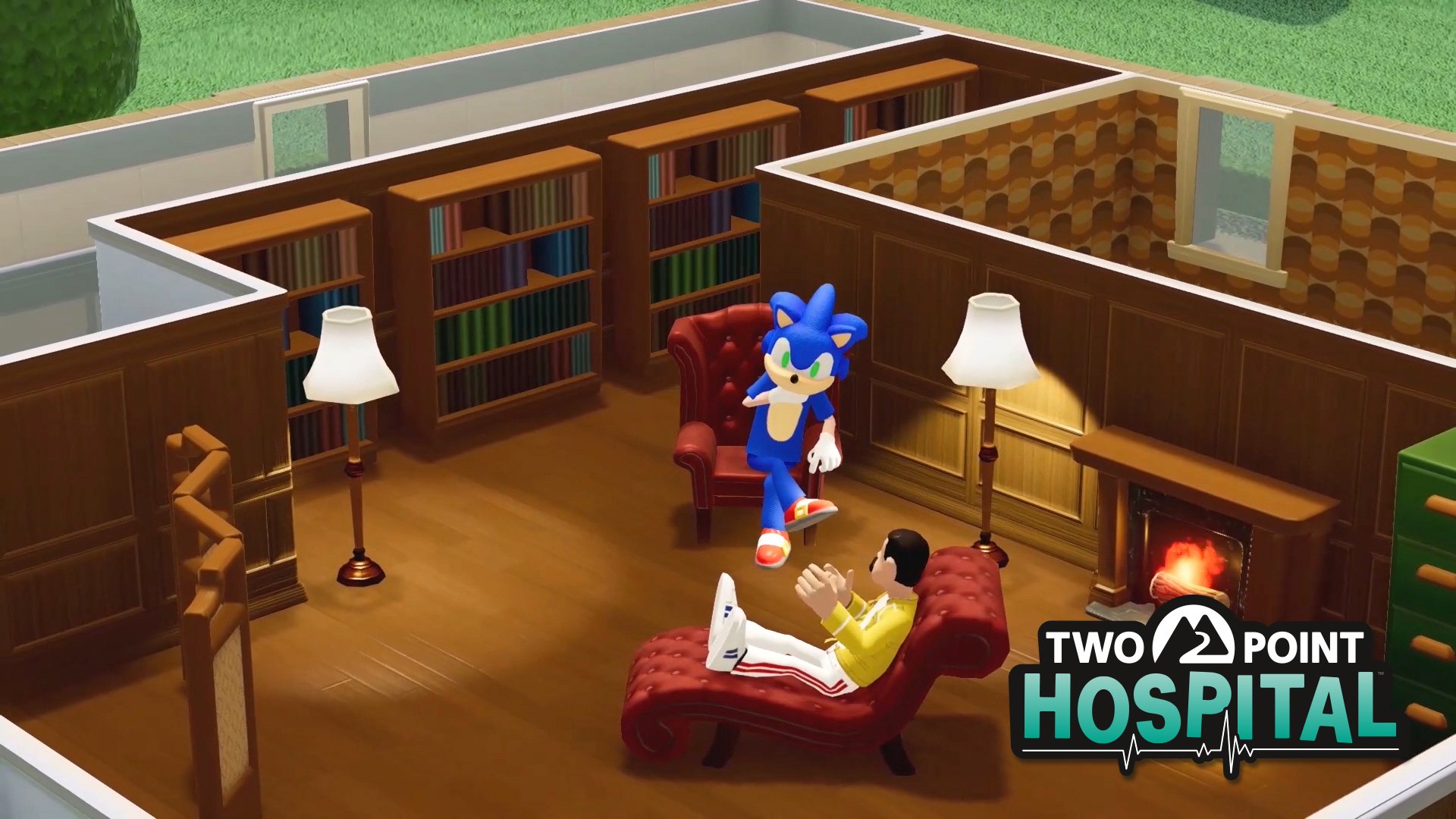 The original Sonic the Hedgehog video game was released on the Sega Genesis in 1991. To celebrate the 30th anniversary of the game’s release, Two Point Hospital has released a free set of items inspired by Sonic and his friends.

Two Point Hospital is a hospital management game from Two Point Studios and Sega (Sega is also the company behind the Sonic the Hedgehog franchise). In Two Point Hospital, players must build offices and treatment rooms around their hospitals, as well as manage their staff, in order to treat a wide variety of wacky illnesses, such as Animal Magnetism (animals are stuck to the patient like they’re a magnet) and Jest Infection (the patient has become a clown, complete with costume and face paint).

This free item pack will allow players to dress their staff in Sonic the Hedgehog-themed costumes inspired by four of the franchise’s characters: Sonic, Amy, Knuckles, and Tails. There are also new decorations to place around hospitals, like a Sonic statue, a large Gold ring, and rugs.

These items can be downloaded for free in Two Point Hospital on Switch, PlayStation consoles, Xbox consoles, and PC.

To celebrate the release of this new content, Two Point Hospital will be on sale for a limited time. Players will also be able to try the game for free to see if it’s something they want to purchase. Here’s the breakdown of sales and free trial periods, straight from a Sega press release:

Two Point Hospital is rated E10+ for Everyone 10+ by the ESRB.