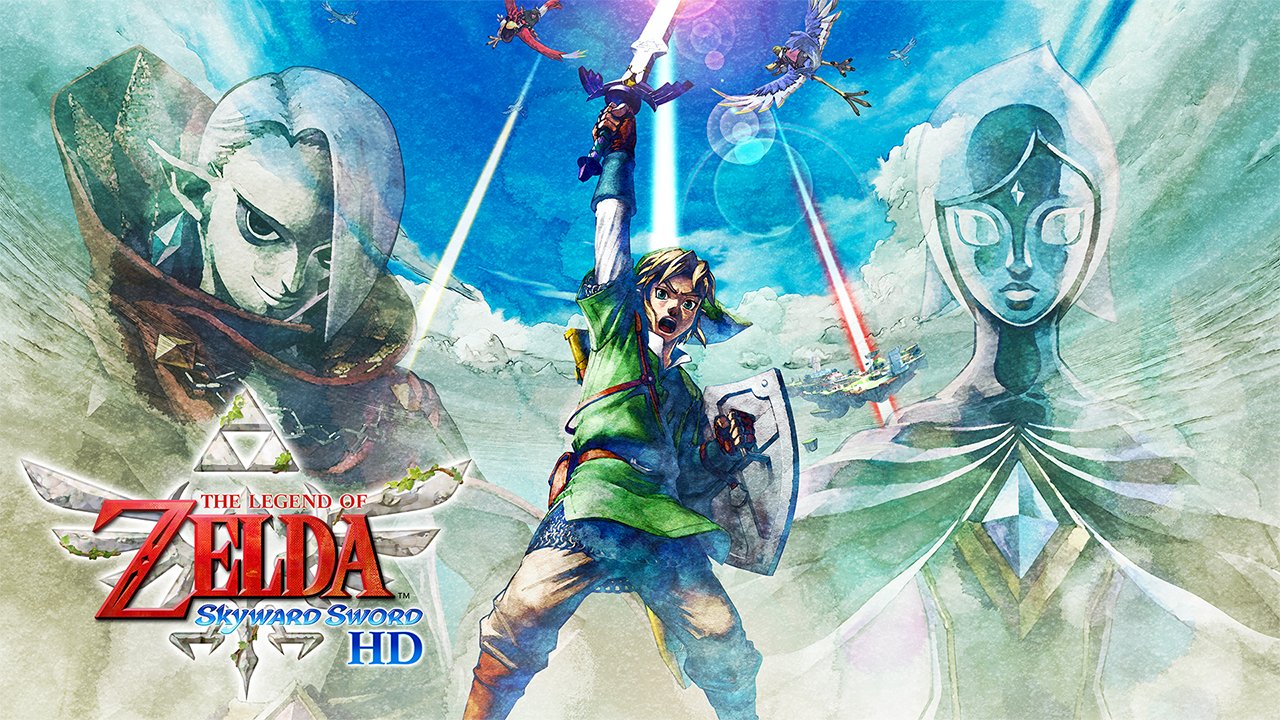 The Legend of Zelda: Skyward Sword was originally released on Wii in 2011, and now, an updated version of the game has been released on Switch.

We had the chance to check out The Legend of Zelda: Skyward Sword HD.

The Legend of Zelda: Skyward Sword HD tells the earliest story in the Zelda franchise. Players will take on the role of Link, who lives on a large floating island called Skyloft, which is protected by a magical Goddess and separated from the surface world below by a thick cloud layer.

Without spoiling too much of the story, Link and Zelda are separated early on, and players will need to travel to the surface to save her.

If your family has played older titles in The Legend of Zelda franchise, the gameplay here may seem pretty familiar (this isn’t a bad thing). You’ll help Link explore different themed areas, like a forest, volcano, and desert, which are filled with enemies to defeat and items to collect. You’ll also need to complete dungeons by solving environmental puzzles, collecting keys, and so on.

In addition, the game features a variety of side quests to complete and lots of collectibles to gather along the way, if you want to go after them. Link can also travel back to Skyloft and explore more islands in the sky by riding on the back of his faithful Loftwing (a large bird).

To start, Link is equipped with a basic sword and shield, but you can improve his gear over time and collect additional tools that will help you explore the world. For instance, a slingshot can stun farway enemies, bombs can destroy large rocks and open up new pathways, and more.

Where Skyward Sword HD really differs from older games in the Zelda franchise is in its controls. The original version of the game was designed with motion controls in mind. When playing on the Wii, players would hold the Wii MotionPlus controller in one hand like a sword, and hold a Nunchuck in the other hand like a shield.

The game’s enemies, puzzles, and more were specifically designed to take advantage of these motion controls. For instance, Deku Baba enemies (the “Venus Flytrap” plants found in multiple Zelda games) will open their mouths vertically or horizontally, and players need to swing their sword (move the controller) in the opposite direction to hit their weak spot.

On Switch, these motion controls are performed by holding a Joy-Con in each hand.

The enjoyment you get out of Skyward Sword will likely be impacted by the controls you're using.

The button controls are overly complicated and take a long time to get used to. For instance, in many 3D games, you can control the camera (that is, view the world around your character) by moving the right analog stick left and right. Here, you need to press the “L” button and move the right analog stick to move the camera. Otherwise, you’ll draw Link’s sword instead.

This is just one example, but suffice it to say that we’re not a fan of the game’s button controls, and they really put a damper on our enjoyment of the experience until we had enough practice with them.

Unfortunately, the motion controls also aren’t perfect, and using motion controls may not be as physically comfortable as simply holding a regular controller in your hands.

There are pros and cons to both control schemes, and the cons prevent the game from being as fun as it could be. However, they don’t ruin the experience altogether.

So, is the game fun? Yes, but it would be even better with traditional enemies and controls.

How is this game different from the original Skyward Sword on Nintendo Wii?

In addition to featuring the new button control option, Skyward Sword HD has updated graphics and an improved framerate of 60 frames per second.

As reported by Nintendo Life, Skyward Sword HD also gives players the option to skip cutscenes and conversations, and Fi -- Link’s in-game companion -- doesn’t talk as much as she originally did. To see a full list of comparisons, head over to Nintendo Life’s website.

Younger players (and even adults) may struggle to defeat some of the game’s enemies, since the combat system focuses so heavily on swinging Link’s sword in a specific direction to hit an enemy’s weak spot or otherwise break through their defenses.

In addition, players need to be comfortable reading large amounts of text to keep up with the game’s story.

What’s the final verdict? Should families pick up this game?

If The Legend of Zelda: Skyward Sword HD wasn’t developed with motion controls as a core gameplay feature, and the game utilized the more traditional controls found in other games, we’d quickly recommend this game to families.

As it is, if your family only owns a Nintendo Switch Lite, we can’t fully recommend the game due to how frustrating the button controls can be.

For everyone else, we do recommend checking the game out, but don’t expect a perfect experience.

Editor's Note: The "Is this game fun to play?" section of this review has been updated since this review was published.