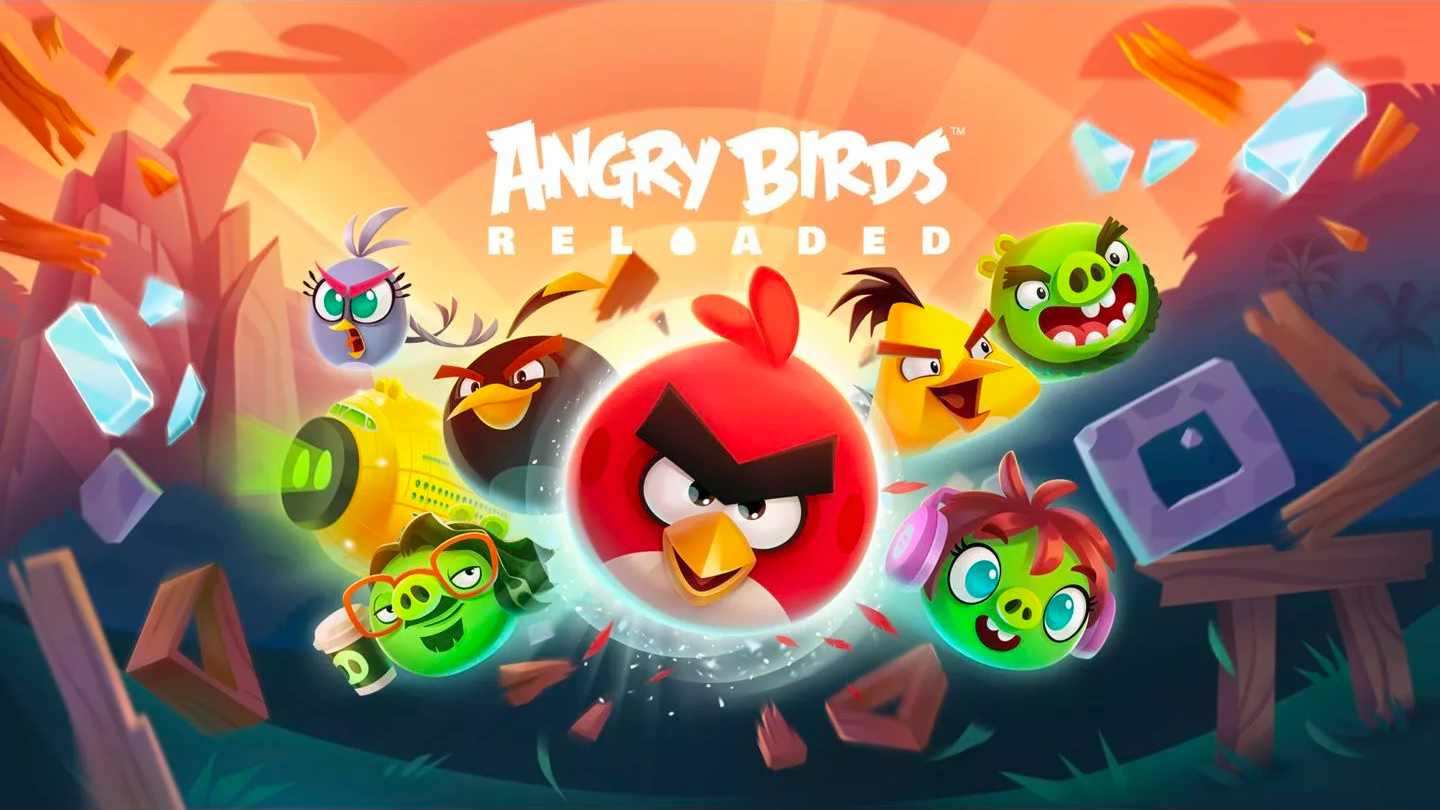 The original Angry Birds mobile game launched way back in 2009, challenging players to fling birds from a slingshot in order to destroy fortresses built by pigs.

Over the years, the Angry Birds franchise has become a pop culture phenomenon thanks to the release of video game sequels and spin-offs, a crossover with Star Wars, feature films, real-world merchandise, and much more.

Now, Rovio, the company behind the Angry Birds franchise, has released a new game on Apple Arcade that’s based on the standard Angry Birds formula, but includes modern updates and new features.

Angry Birds Reloaded challenges players to once again defeat the mischievous pigs who have stolen the birds’ eggs and are hiding in towers made of materials like glass, wood, and stone. The physics-based gameplay gives players a limited number of birds to fling from their slingshot in each stage, and they’ll need to defeat all of the pigs in the level before running out of birds.

The game features a number of different birds, which each behave differently and have different abilities. For instance, Red is a standard bird that will fly wherever you aim him, while Blues starts as one bird, but can be split into three in mid-air by tapping on the screen.

In addition to regular birds, players can activate a variety of power-ups to help them complete stages. The Power Potion gives a bird more power on your next shot, there are TNT crates that can be dropped on pigs and their towers, and so on.

Levels are split into different Episodes, with seven Episodes being available at launch. As players complete levels, they’ll earn one to three stars on each stage, depending on their performance. When players earn enough stars, they can travel to Eagle Island, where they can help the birds take on a new enemy: eagles.

This Eagle Island area also adds three new pig characters to the mix, which players can fling from the slingshot to help defeat the Eagles.

Finally, the game’s release on Apple Arcade means it doesn’t contain in-app purchases or advertisements. Players can collect coins as they complete stages, and then use those coins to purchase additional power-ups, but they can’t spend real money to purchase more coins instantly. This means parents don’t need to worry about their kids accidentally spending money while playing the game.

SuperParent chatted with Sami Ronkainen, creative director at Rovio, about Angry Birds Reloaded, and what longtime franchise fans can expect from this new game.

SuperParent: For those who have previously played the original Angry Birds mobile game(s), what are some of the changes and updates they may notice in Angry Birds Reloaded?

Sami Ronkainen: When making Angry Birds Reloaded, we wanted it to be familiar, yet fresh; beloved, yet bold. We wanted to make sure that people who loved the original, also love this new version. This version is not a remake (it’s Reloaded!), but it has been updated with new visuals, plus characters and locales from the birds’ animated movie adventures.

But the gist is the same! It’s about outsmarting piggies, rescuing eggs, and causing general mayhem and destruction.

SP: What sorts of challenges did the team face when updating such a classic and familiar game for the Apple Arcade platform?

SR: I think the biggest challenge was to maintain enough of the old to maintain recognition – ‘this is the game that I know and love’ - while making the game feel fresh and modern. The biggest style change was in the locations and the overall visual style in how they were drawn. On the existing characters and level building blocks, the style was polished only slightly. One of the most recognized features of the original game was the soundtrack. We did not want to create an exact replica of that, but you will hear some very distinct nods towards the original in it.

SP: Did you have kids playtest the game prior to its release? If so, how did they respond to the experience?

SR: For kids, the Angry Birds Reloaded seems to be as approachable as the original! It is very easy to pick it up and understand how the sling mechanics and physics work. And the joy of breaking and destroying things remains a key factor for attractiveness.

SP: How can parents enjoy Angry Birds Reloaded with their kids?

SR: Angry Birds Reloaded is a great game to play with your kids because it’s fun and safe, and it actually secretly and inadvertently even teaches them about physics.

The core premise is immediately accessible and universal, and anyone can play it. Kids get it. Grandparents get it. Slingshotting birds, hitting piggies, delightful destruction! Just make sure not to hog the game for yourself entirely (even though it’s tempting), and let the kids get a few rounds in too.

SP: Are there plans to update Angry Birds Reloaded with additional content in the future?

SR: I think the piggies won't ever stop stealing eggs, and if all the players play the game to the very end and are in dire need of more levels - who knows!

Angry Birds Reloaded is now available on Apple Arcade. The game has an age rating of 4+.