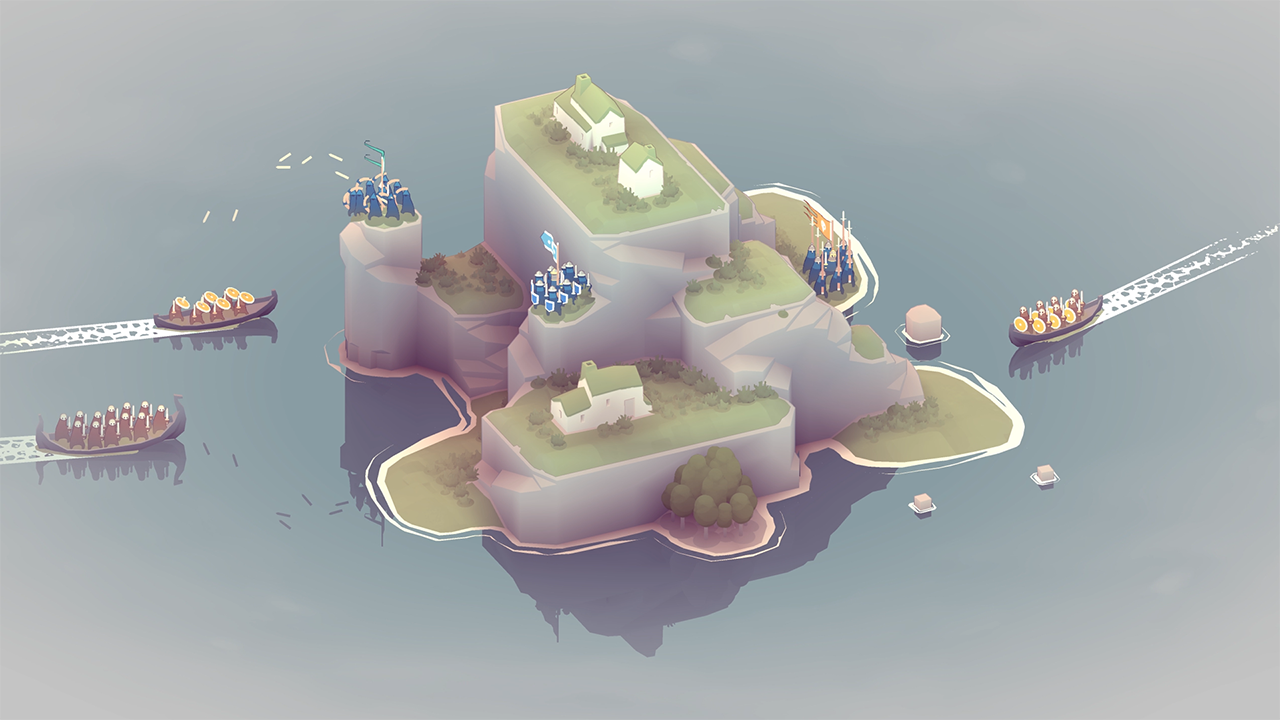 Bad North is a real-time strategy (RTS) game that challenges players to defend a series of islands from an invading Viking army.

In each level, players can move different kinds of units around the island to attack enemies that arrive by boat, or to defend the island’s structures. Each island is procedurally-generated, meaning that its shape and layout is created randomly, so players won’t know what to expect even if they replay the game from the beginning.

As players complete levels, they’ll earn coins that they can spend on upgrades for their units. Users can also recruit additional units to their army over time.

Bad North is rated T for Teen by the ESRB. The game becomes more difficult as players progress, so younger players may have difficulty passing some of the stages. However, the game lets players turn off the blood animation, as well as choose from multiple difficulty settings, so Bad North is an approachable first RTS for newcomers.

Bad North is available to download for $14.99 on Switch. The game will be released on Xbox One and PlayStation 4 August 28, and on PC in late 2018. A mobile version for iOS and Android devices is also being created, with an unknown release date as of this writing.

Check out the first 18 minutes of Bad North in our SuperParent First Look below to see if this is a game your kids would enjoy.