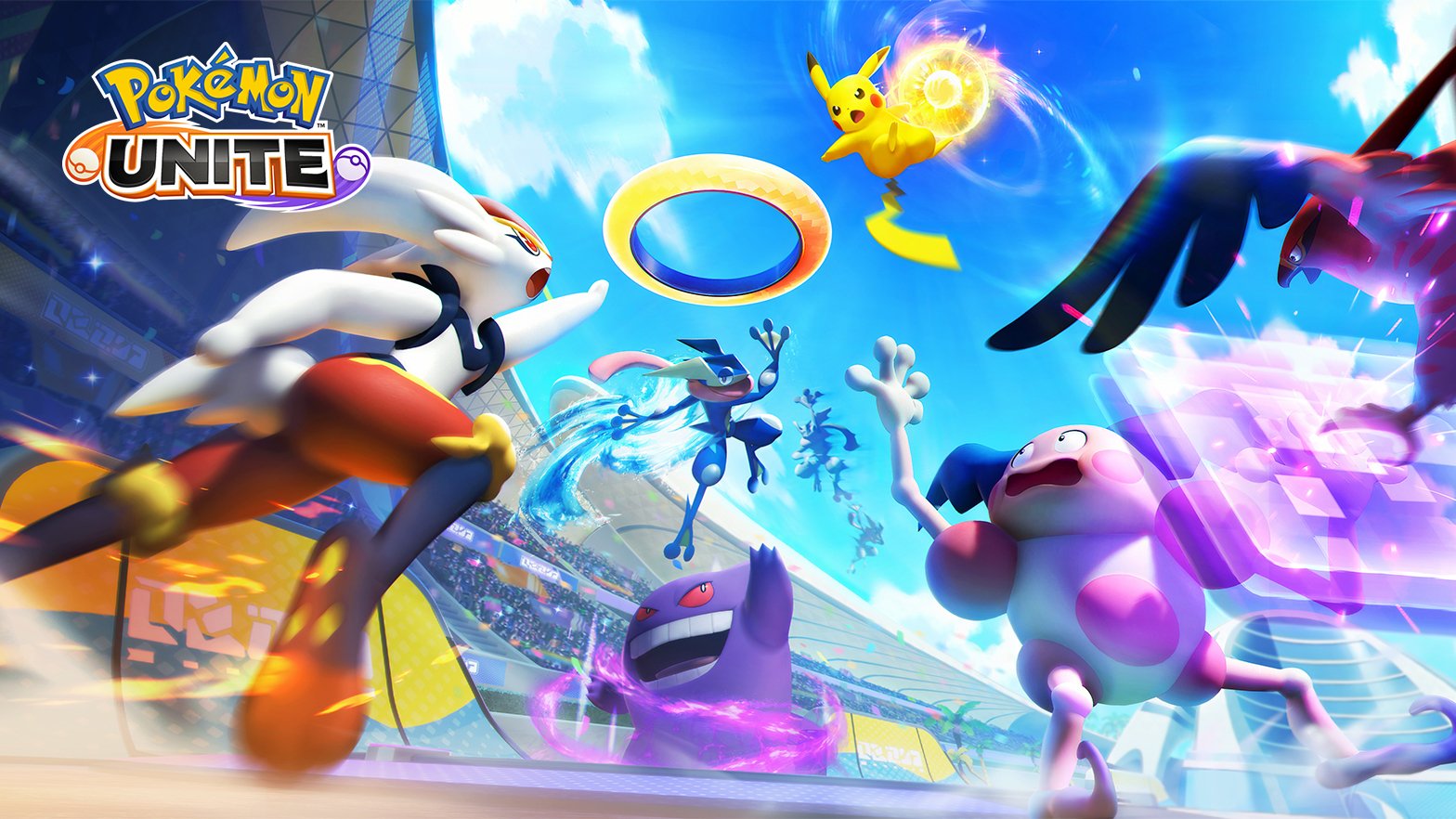 The game takes players to Aeos Island, where they’ll be able to compete in five-vs-five real-time Pokemon battles with other real players.

Before each battle, players can choose one of the Pokemon in their collection to control during the match. If they choose a Pokemon that can evolve -- such as Charizard -- it will begin the match in its unevolved form (in this example, Charmander), and they’ll need to defeat other Pokemon during the match to earn experience points, level up, and evolve while the match is still taking place.

Each match is timed, and teams are challenged to earn more points than the opposing team before time runs out. In order to score points, players will first need to defeat Pokemon to collect Aeos energy. Then, they can score that Aeos energy for their team at the opposing team’s Goal Zones on the battlefield.

The battlefield is full of wild Pokemon for players to defeat, which allows them to earn experience points and collect Aeos energy without battling other real players. That being said, players can also battle with other real players around the arena, and when they defeat one of these opponents, they can collect the Aeos energy they may have been holding as a prize.

If players are knocked out during battle, they’ll respawn after a few seconds and can get back into the action.

Each Pokemon has a different speciality and abilities to choose from, and players may unlock new moves during a match as their Pokemon levels up and/or evolves. While players have a limited number of Pokemon to choose from when they first begin the game, they can unlock licenses for more over time for free and through in-app purchase.

These currencies can be used to purchase new Pokemon licenses (required to use a specific Pokemon), costumes for Pokemon, clothing and accessory items for the player’s avatar, and more. It’s worth pointing out that if you choose to buy Aeos Gems on Nintendo Switch, these Gems can only be used in the Switch version of Pokemon Unite. That is, they won’t carry over to the mobile version of the game once it’s released.

Pokemon Unite is now available to download for free on Switch. The game is expected to launch on mobile devices in September 2021. Pokemon Unite is rated E for Everyone by the ESRB.

Check out some gameplay from Pokemon Unite on Switch in our video below.