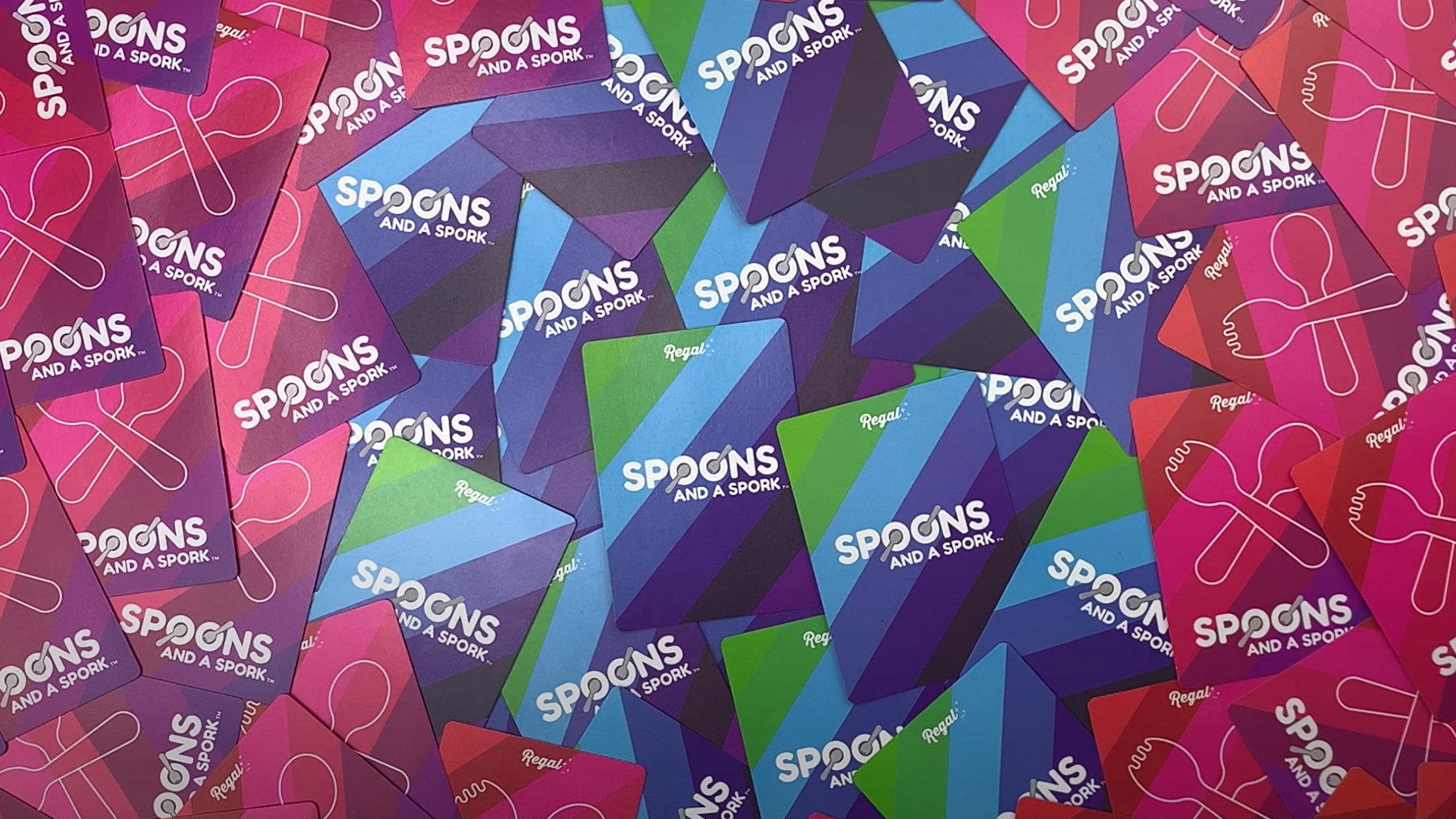 Regal Games, the company behind tabletop games like The Goodge Rules and Banapples, recently released Spoons and a Spork, a family-friendly card game inspired by the classic game of Spoons.

Spoons and a Spork supports 3-8 players aged 8+. The game challenges players to draw and discard cards until they collect four-of-a-kind, at which point they can collect a scoring card from the center of the table. If players collect a spoon card, they earn points, but if they collect a spork card, they lose points instead.

In each round of Spoons and a Spork, the dealer deals four cards to each player and places the rest of the deck to their right. The deck contains standard A-K cards in four colors (pink, orange, green, and blue), rather than four suits. The dealer will then shuffle a certain number of score cards face down and place them in the center of the table. The number of score cards used for each round is determined by the number of players. The number of players will also determine how many rounds are played before the game ends.

Once someone collects four matching cards, they can discreetly or indiscreetly pick up a scording card from the center of the table. Once other players notice this has happened, they can also pick up a scoring card until all of them have been collected. If players collect a spork card and there are still scoring cards left to collect, they can place the spork card back down (face down) and pick up another card instead.

Players keep all of the scoring cards they’ve collected until the end of the game, and new scoring cards are dealt into the center of the table for each round. This means players don’t need a piece of paper to keep track of scores -- they can simply use the cards they’ve collected to calculate their score at the end of the game. (If your family prefers a paper scorecard, Regal Games’ website offers a downloadable scorecard you can print as many times as you’d like.)

Once players have completed the number of rounds required for the number of players, the game ends and the player with the highest score wins. The game has an expected play time of 10-20 minutes.

After your family has become comfortable with these rules, Regal Games offers "alternate" game ideas that can switch things up. For instance, you can change the goal for each round from achieving a four-of-a-kind to creating a straight, which can help kids practice number patterns.

Spoons and a Spork is now available on Amazon and the Regal Games website for $9.99.

Disclosure: SuperParent received Spoons and a Spork for coverage purposes.