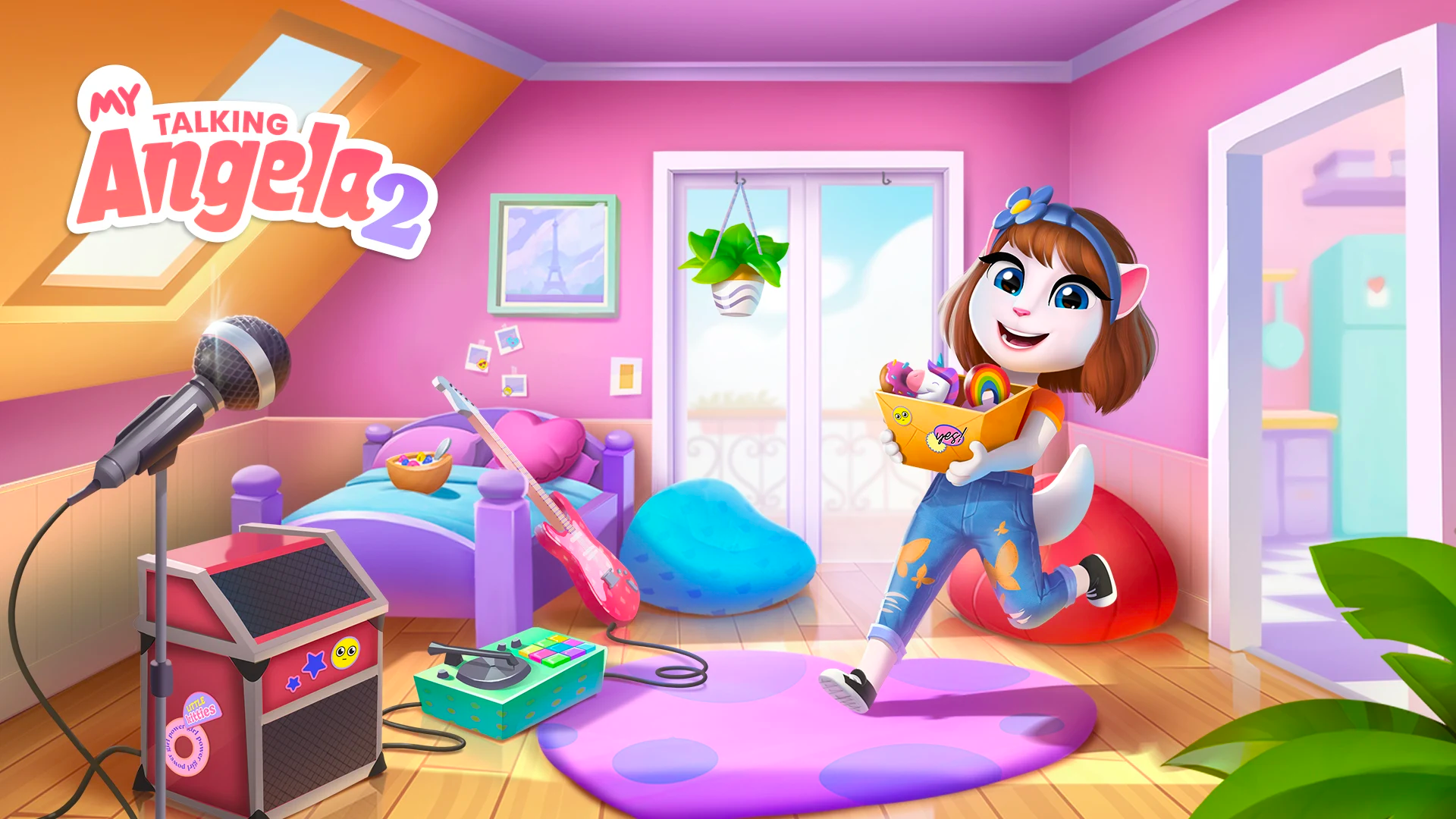 My Talking Angela 2 is now available on mobile devices. The game is the sequel to the original My Talking Angela, and it allows players to hang out with Angela, a friendly cat from the Talking Tom & Friends franchise.

In My Talking Angela 2, players can take care of Angela’s needs by feeding her snacks, brushing her teeth and fur, making sure she goes to the bathroom, and more. They can also dress Angela up in a wide variety of clothing and accessory items (including wigs), as well as do her makeup. Players start with only a few of these items to choose from, but they can unlock more over time.

The game also features standard “arcade” mini-games, such as “Sliding Pets,” which asks players to move blocks around the screen to form complete horizontal lines that are removed from the board (it’s similar to Tetris).

As players complete activities, they’ll earn multiple kinds of in-game currency. For instance, Diamonds, a premium currency, can be used to redecorate Angela’s house with different wallpapers, rugs, and so on. Flight Tokens, meanwhile, allow Angela to fly to different in-game locations, like New York City and Paris, where she’ll pick up new clothing items.

Finally, players can give the game access to their device’s microphone, and then “talk” to Angela to hear the game play back their message with a high-pitched effect.

My Talking Angela 2 is now available to download for free on iOS and Android devices. While the game is kid-friendly, it’s heavily supported by in-game advertisements. For instance, a banner ad may appear at the top of the screen while playing, and players can watch video ads to receive in-game rewards. If you want to prevent your children from viewing advertisements, make sure they play the game on a device that isn’t connected to the internet (for instance, you can turn on Airplane Mode on the device they’re using).

Similarly, while the game is free-to-play, it contains ways to spend real money. Make sure to manage your device’s purchase settings to prevent littles from making purchases while playing.

Check out some gameplay from My Talking Angela 2 in our video below.