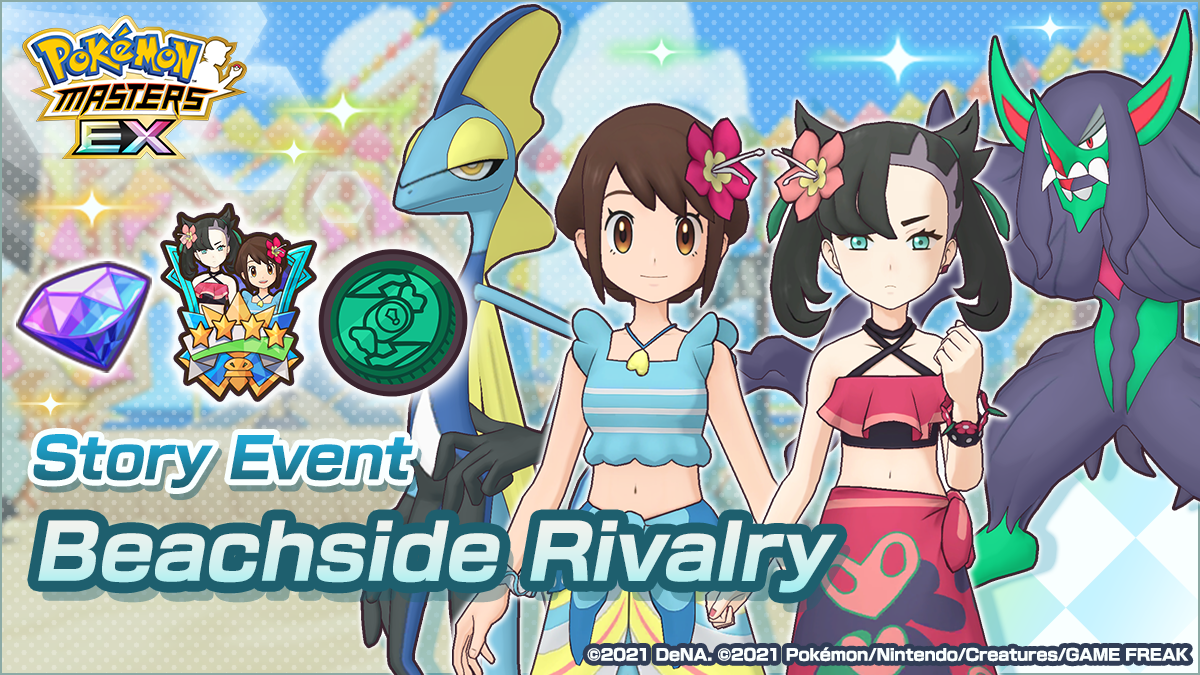 Gloria and Inteleon focus on critical hits with moves like Snipe Shot and a passive skill called Critical Strike that powers up the user’s Attack when a critical hit lands. Marnie and Grimmsnarl's strategy revolves around buffing their own stats with moves like Bulk Up, resulting in massive damage.

A new story event is coming with the two new trainers as well. Called "Beachside Rivalry," the event will "feature Gloria, Marnie and their partner Pokémon as they open a beachside pop-up shop and interact and battle against other Trainers" according to the official release. Players can earn Summer-themed rewards that can be exchanged for five-star guaranteed Scout Tickets.

Summer 2021 Gloria and Marnie are available now until July 30. For more on Pokemon Masters EX, check out another recent update, which added Bea, Nessa, and more from Pokemon Sword and Shield.