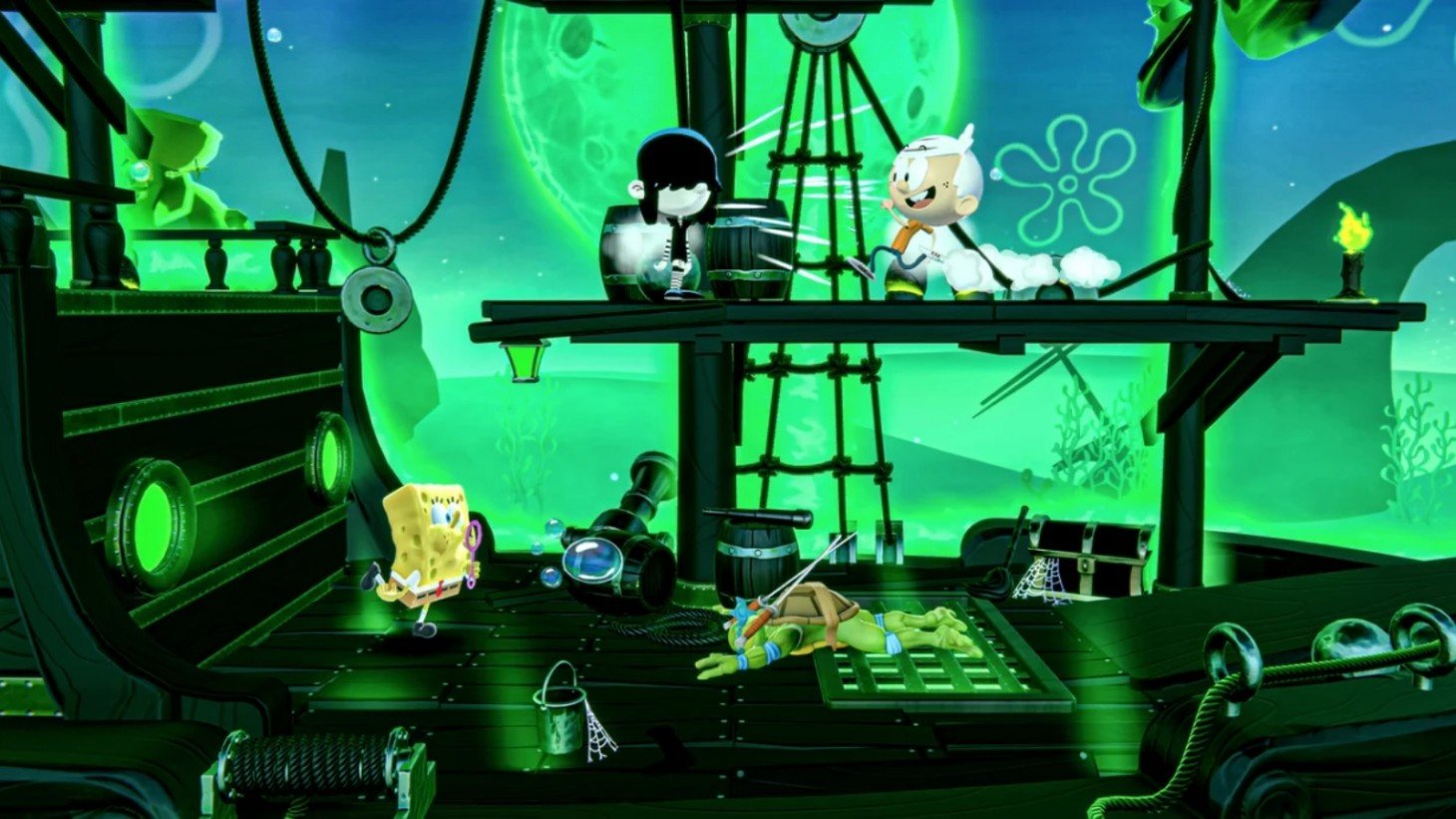 The Super Smash Bros.-style fighter will star SpongeBob and Patrick Star from SpongeBob SquarePants, Powdered Toast Man from Ren and Stimpy, Leonardo and Michaelangelo from Teenage Mutant Ninja Turtles, and more as they battle through 20 iconic locations from Nick history.

The game will feature both single-player and multiplayer modes, including online play, as well as the ability to unlock bonus content including advanced moves for each character.

GameMill has teased more announcements coming in the weeks leading up to the game's launch, including more characters and stage reveals. A teaser box-art has also emerged since the game's announcement, sporting silhouettes of potential fighters coming later. Is that CatDog we see? We'll have to wait and see.

Nickelodeon All-Star Brawl is being developed by Fair Play Labs of G.I. Joe: Operation Blackout fame, and Ludosity, developers of Ittle Dew and Slap City. The game is scheduled to launch this fall.