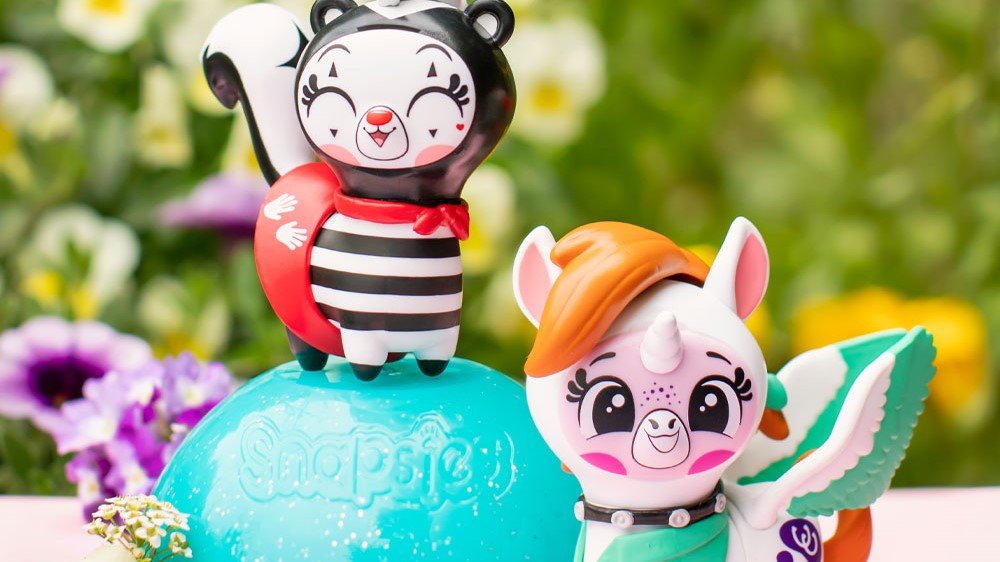 Funko has announced two new expansions of its Snapsies Mix and Match Surprise line, including some toys that will only be available during certain seasons. SuperParent has been given an exclusive look at some of the new toys, and we have plenty of first-look pictures to share!

Series 2 of the "snap-and-match" Snapsies toys will feature new animals including Alicorns (a unicorn/pegasus hybrid for those unaware), French Bulldogs, Leopard Koalas, and Skunks. Each Series 2 Snapsies toy will be placed in blind packaging -- as Series 1 was before it -- and will include "one head, one body, two butts, two faces, five accessories, one sticker sheet and one checklist" according to the official release.

Snapsies Series 2 are recommended for ages 3 and up, and will be available on August 1 for $10 each.

Also coming to the Snapsies line are new Snapsies GEMS, new seasonal toys including Ivy Shimmer, Sugarplum Sparkle, Snowflake Glitz, and more. Snapsies GEMS will be sold in packs of two ($20), three ($30), and five ($50), and will be available at Target, Funko.com, and other retailers on October 1.

Series 1 of Snapsies debuted in December 2020 exclusively at Target and on Funko.com. Animals in the first series included unicorns, llamas, goats, and dragons, with rare and ultra-rare variants available in limited quantities. The line eventually grew to other retailers, and now they're also available at Walmart and Amazon.com.

Check out the new line of Snapsies below, and for more on Funko, here's our coverage of two new Dr. Seuss tabletop games coming later this year.