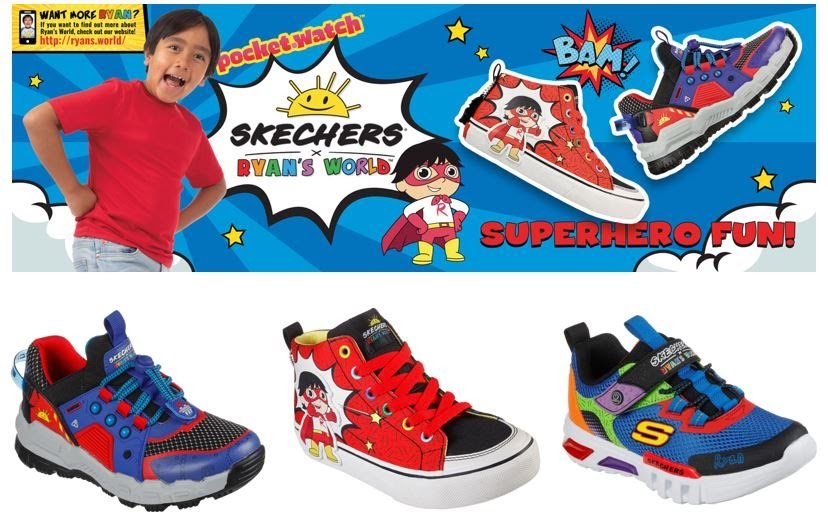 Skechers has announced a new partnership with popular child YouTube star Ryan Kaji of Ryan's World for a brand new line of sneakers designed by Kaji himself.

Three sneaker designs are coming under the new Ryan's World line -- Ryan’s Challenge, Gamer Ryan, and Red Titan -- each with its own unique features. The Red Titan, for example, features Kaji's "superhero secret identity character" on the back of the shoe.

"These shoes are awesome and I know my fans will love them,” Kaji said in the official press release. “It was amazing to help design the sneakers and we did some super cool things in a special video that I can’t wait for everyone to see!"

The deal marks the first ever footwear deal for a child YouTube star. The shoes range in price from $57 to $62 and are all now available on the Skechers website.