Dr. Seuss Partners With Funko For Two New Board Games Coming This Fall 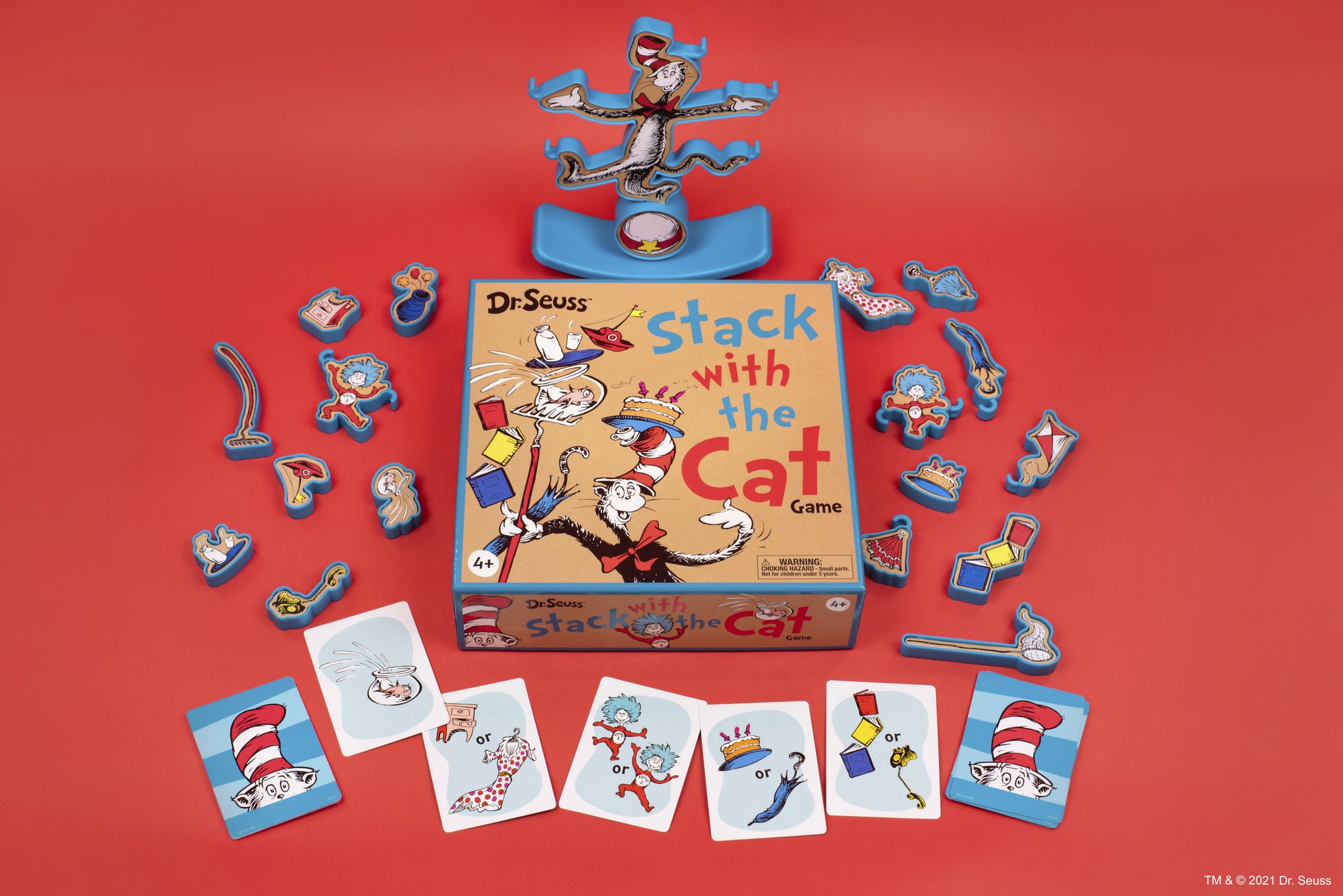 The first is called Stack With The Cat and involves stacking objects onto a wobbly Cat's Hat. The game can be player either competitively, with each player who knocks the Cat over being eliminated until one player remains, or cooperatively to see how many objects can be stacked before the Cat falls. Preorders for Stack With The Cat are open now with an estimated ship date of September 2.

The second game is Happy Birthday To You!, a board game where players collect birthday gifts and other objects then race back to the Birthday Pal-alace for a celebration, earning stars along the way. The player with the most stars at the end of the game wins, drawing an easy similarity to Nintendo's Mario Party series. Happy Birthday To You! is also available for preorder now with the ship date estimated to be August 31.

For more SuperParent coverage on children's tabletop games, check out our look at the Animal Crossing-branded Monopoly game, as well as another Funko game, DisneyYou Can Fly!