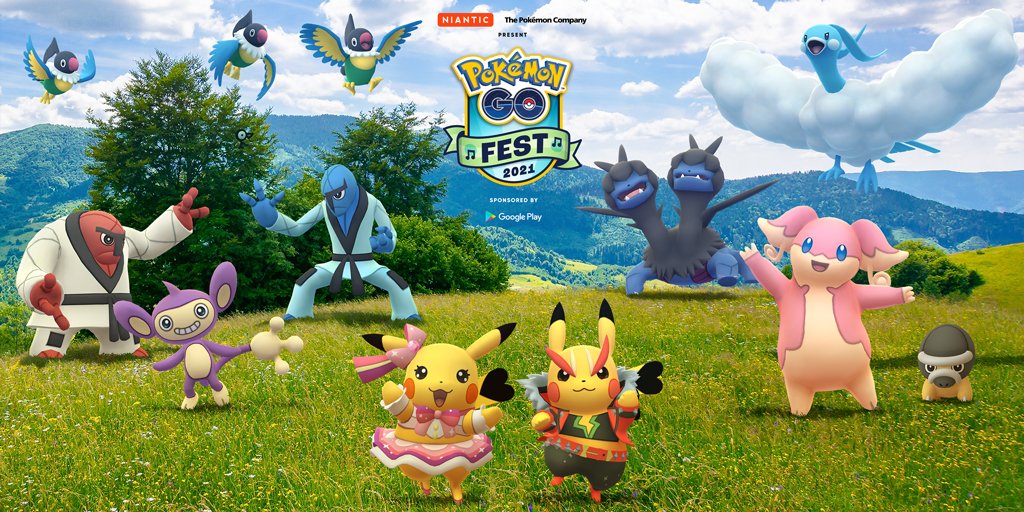 Niantic has pulled back the curtain on more information regarding Pokemon Go Fest 2021 coming up on July 17-18, including a new Ultra Unlock event and special Go Fest-exclusive Pokemon.

A Global Challenge Arena will be available during Go Fest, where players can join together to complete challenges, with a new challenge added every hour. Players who complete the challenge receive temporary bonuses for the rest of that hour.

A three-part Ultra Unlock event can be earned by completing a certain number of challenges in the Arena, with each part scheduled to run after Go Fest 2021 concludes if the parameters are met. Each part of the Ultra Unlock event has a specific theme:

Finally, exclusive moves from Flygon, Gardevoir, and the two special Pikachu -- Pop Star and Rock Star -- have been unveiled. Players who evolve Vibrava to Flygon will gain the Earth Power move, while Kirlia that evolve to Gardevoir will learn Synchronoise. Pikachu Pop Star will know Draining Kiss, while Pikachu Rock Star will have access to Meteor Mash.

Pokemon Go Fest 2021 begins on July 17 and ends the next day on July 18. Check out our coverage on everything we know about the 2021 event, including perks exclusive to Google Play members and real-world celebrations of the event.