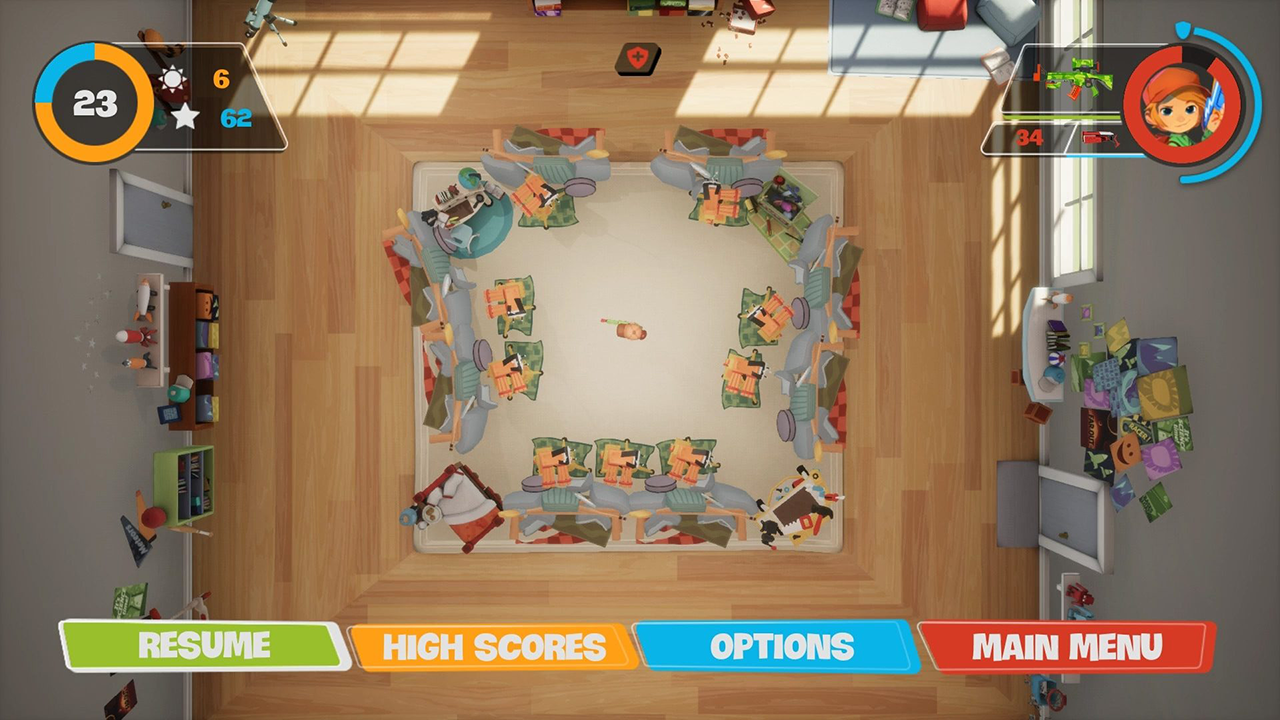 Sleep Tight is a twin-stick shooter that challenges players to build a pillow fort and defend their bedroom from the monsters that come out each night. In twin-stick shooter gamers, players move their character around the world using the left thumbnail stick and aim their weapon with the right thumbstick.

In Sleep Tight, players can spend each day building their pillow fort, placing groups of items (like couch cushions and chairs) in strategic locations that will prevent the monsters from getting too close to their position. At night, monsters appear, which players must avoid or defeat until the sun comes up.

The game features 12 playable characters (only two are unlocked to start). Players can upgrade these characters with new skills during each game. Certain upgrades give players the ability to construct better kinds of defenses in their room (like turrets which attack monsters automatically).

In addition to the standard gameplay mode, players can try out four other modes, like one that moves the camera into a first-person perspective, and another that challenges players to battle the monsters in a much darker environment.

Sleep Tight is available to download for $14.99 on PC and Switch. The game is rated E10+ by the ESRB.

Check out the first 17 minutes of Sleep Tight in our SuperParent First Look below to see if your kids would be into this game.